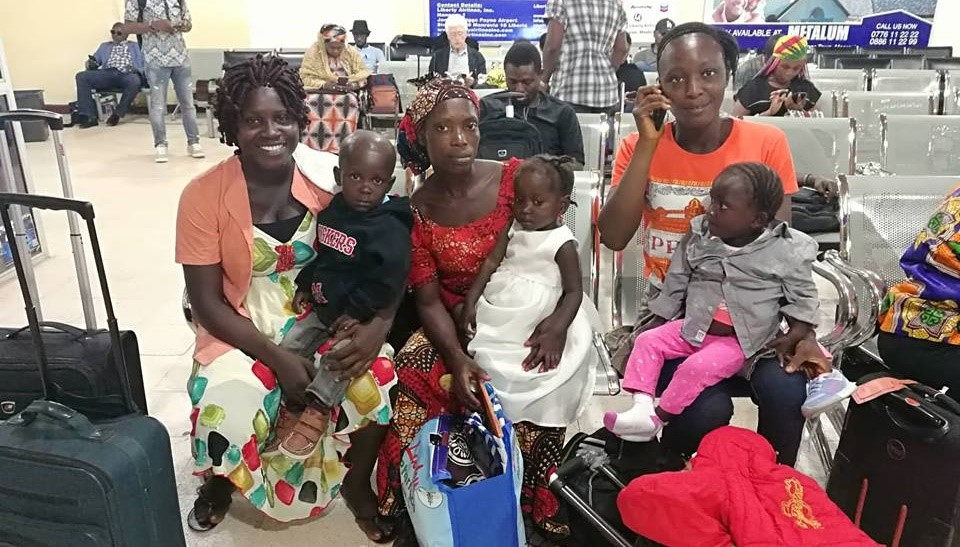 The conditions occurred at birth and is a result of tissues near or on the heart that did not develop properly. A John F. Kennedy Medical Center press release named the children, who are one to three-years-old, as Marthaline Gborhn Dwan, Ronel Desire Saygar, and Famata Jackson.

The surgery is being sponsored by La Chaine de L’espoir, which translates as the Chain of Hope, and the Cuomo Foundation.

La ChaÃ®n de Lâ€™espoirÂ is a French NGO committed to providing access toÂ childcare forÂ the poorest countries that do not have technical and human resources to treat them.

The children were accompanied by their mothers on a team headed by Dr. Sia Wata Camanor, JFKâ€™s chief medical officer.

The press statement said Camanor, a pediatrician, had earlier diagnosed the children with heart defects. Because of the limitations at JFK, the childrenâ€™s conditions were being managed at JFKâ€™s pediatrician ward. Camanor told The Bush Chicken from Dakar on Wednesday, October 17 that, because of the major challenges in the health sector, La ChaÃ®n de lâ€™Espoir undertook an exploratory mission to Liberia and met with health authorities from the Health Ministry and JFK to discuss the possibility of aiding pediatric patients until the health sector is equipped to handle such cases.

Camanor said the open-heart surgery, which is expected to take place on October 22, will take several hours.

â€œSo, we have to be in Dakar early to do the proper examination to confirm diagnoses and also make sure the patients are fit for such surgery,â€ she said. â€œA patient must be stable and fit for the surgery.â€

Camanor said the three surgeries are estimated at US$20,000 and that â€œthe entire process is being sponsored.â€

â€œSince our arrival in Dakar, the kids have been going through blood test, x-rays, echocardiographs, and dentist checks while their mothers have also been having consultations with doctors,â€ Camanor said.