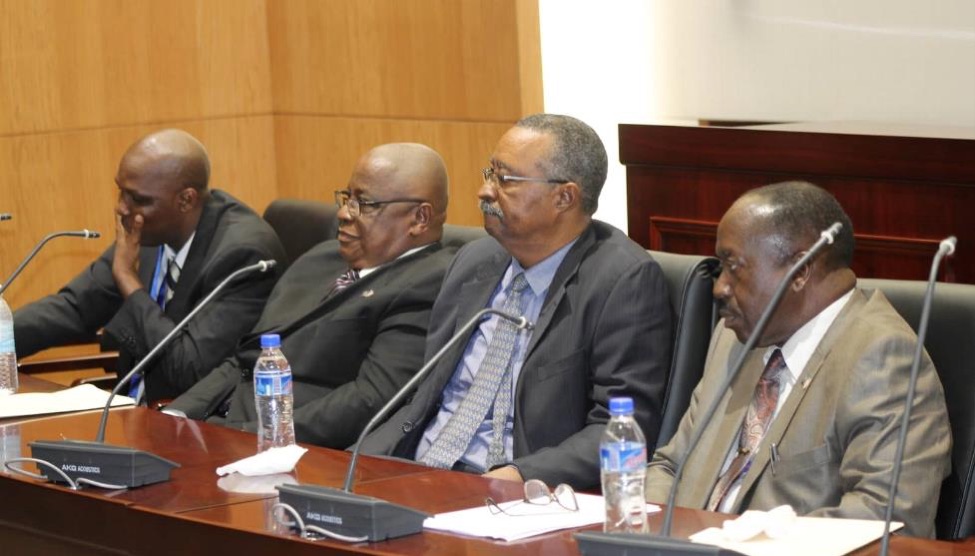 MONROVIA, Montserrado â€“ The Liberian Senate has voted to reject three of President George Weahâ€™s nominees for the Central Bank of Liberia Board of Governors. The nominees are Richard A, Dolley, Timothy Thomas, and James B. Dennis.

The decision followed a report of the Senateâ€™s Committee on Banking and Finance after a confirmation hearing was done on Wednesday, July 3.

In its report presented to the general Senate body on Thursday, July 4, the committee recommended that the nomineesâ€™ confirmations be rejected on grounds that the three lacked the knowledge to develop the necessary policies to mitigate the long-standing problem of internal control at the Central Bank.

The report also said two of the three nominees, Dolley and Dennis, had previously served on the Central Bankâ€™s management team as deputy governors and were not convincing that they could improve in the positions they were now nominated for.

Additionally, the committee said while the recent Kroll and Presidential Investigative Team reports point to long-term lack of proper internal controls at the Central Bank, nominee Thomasâ€™ testimony showed his poor understanding of the current economic problem affecting the country.

â€œAs a result of our finding, President Pro-Tempore Albert Chie and fellow colleagues of the Liberian Senate, it is our pleasing duty and obligation to recommend to the full plenary of the Liberian Senate to unanimously reject the confirmation of all the three nominees to the Central Bank Board of Governors, namely Richard A. Dolley, Timothy Thomas, and James B. Dennis,â€ the committee recommended.

The committeeâ€™s chair, Sen. Marshall Dennis of Grand Gedeh, told reporters briefly after the vote that the country needs more proactive people at the Central Bank who would be more â€œrobustâ€ in dealing with the economy.

â€œThe situation we have now requires policies at the CBL that will resuscitate the economy in the shortest possible time. Otherwise, the masses of our people will continue to suffer and their livelihood will be unbearable,â€ Dennis said.

â€œWe need more robust individuals, especially people who have the technical knowledge to figure out to join the bank and monitoring wings of the government to see how we can turn our country around. Our people are suffering.â€

He emphasized the need for people who have the age and present-day knowledge to serve at Central Bank. The Senateâ€™s final decision was taken in an executive session after Grand Bassaâ€™s Sen. Jonathan Kaipay raised a motion to do so.