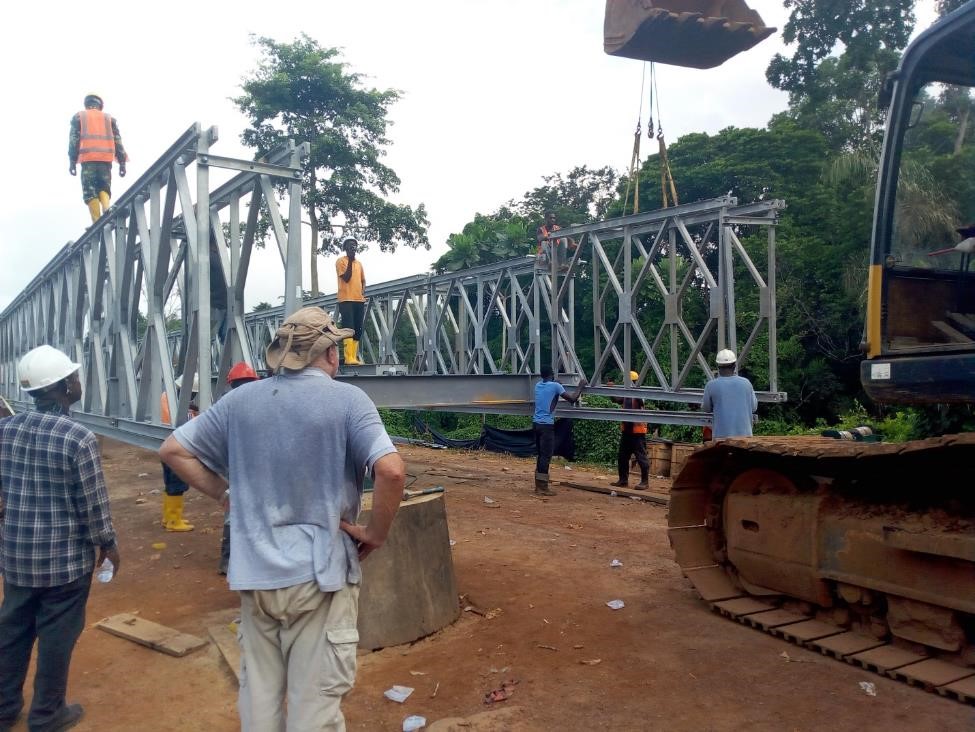 YARPLEAH TOWN, River Cess – Commuters travelling through River Cess to reach the southeast have received assurance from the company constructing the Timbo River Bridge that the bridge will be commissioned by July 26, 2019.

Napoleon Davis of Jupiter Construction told The Bush Chicken his company is doing everything to meet up with the July 15 deadline set by Public Works Minister Mobutu Nyenpan when he appeared before the Senate.

A site visit by The Bush Chicken saw significant improvement on the level of work being done on the bridge.

According to Davis, the assembling of the bridge will be completed between now and Tuesday, July 9, while the installation deck will be done in three days.

“What we are doing now is the assembling of the bridge which is expected to be completed on Tuesday [July 9, 2019] because we don’t want to go beyond the minister’s July 15 deadline,” Davis said.

“By Friday, we will be connecting the center pier, which is our major focus right now.” 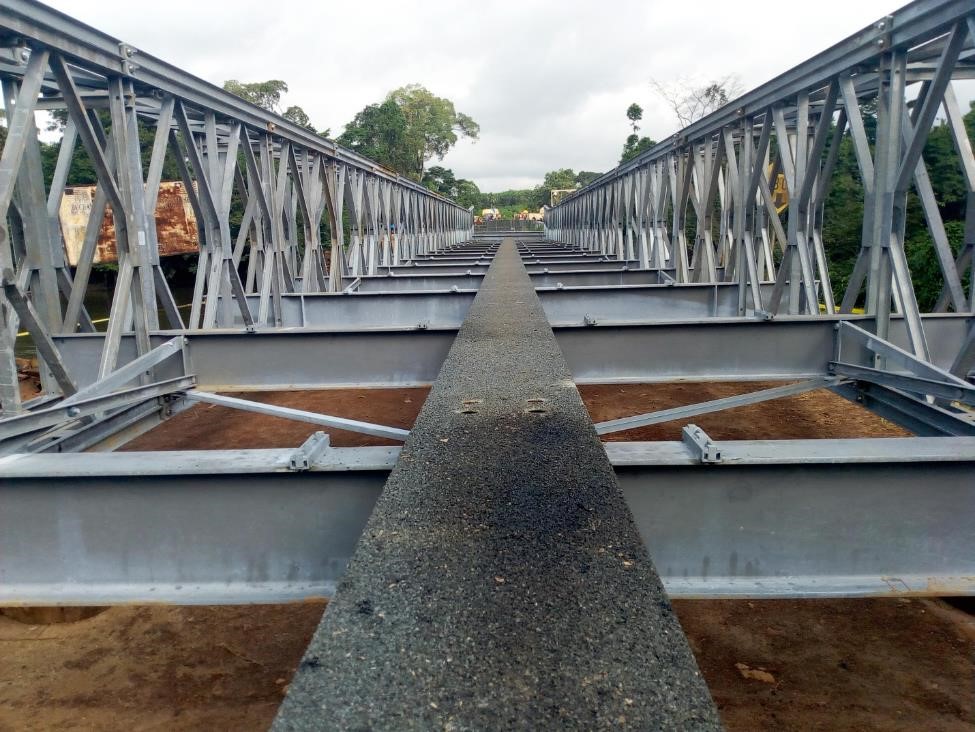 Davis said his company’s focus is to complete the assembling of the bridge by July 9. Photo: Eric Opa Doue.

Residents of River Cess have been feeling the economic pinch caused by cutting off the county’s connection with Grand Bassa. On the morning of June 4, the temporary path that was built to allow people to commute across the river was washed away by heavy rains.

The elimination of the detour cut off the major connection to the southeast, forcing most travelers from Monrovia to the southeast to use the route through Nimba and Grand Gedeh. A few still continue to brave the storm to cross on the Timbo River in canoes and rafts.

Currently, there are three motorized canoes being used to cross people over at the cost of L$100 (US$0.51). There are other crossing points where smaller canoes and a local ferry are used as well to cross people.

Many commuters who spoke to The Bush Chicken during a July 3 site visit said they believe that the transport difficulties they have since faced would soon end, given the speed at which the work is being done.

The day the detour was washed away, many people doubted that the company could have completed the bridge construction this year. There were numerous public outcries where residents voiced their anger at the national government for the delay that led to the washing away of the detour. Civil society actors in River Cess also pressured the local county government to find a solution to ease tension at the water side.

Davis earlier told The Bush Chicken that four American engineers were expected in the country to supervise the assembling of the bridge. However, instead of the four, only one engineer from ACROW Bridge, the manufacturer of the bridge, is in the country. 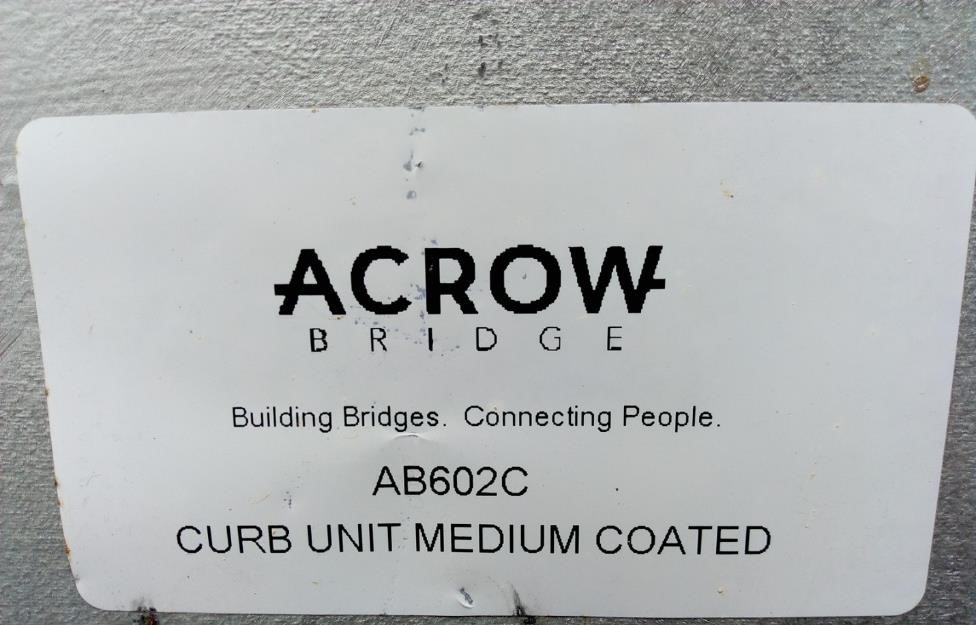 ACROW Bridge is the manufacturer of the bridge being constructed over the Timbo River. Photo: Eric Opa Doue.

The project to replace the bridge was originally approved under former president Ellen Johnson Sirleaf’s administration. However, it was delayed due to the 2017 general elections. Work began in April 2018 and was expected to have been completed in three months, according to Davis, but it was suspended due to the heavy rains.

In May and June of 2018, Jupiter Construction conditioned three piers beneath the bridge before the work was suspended in August.

When completed, Davis said the bridge will be wider and taller than the first one and will be capable of holding 80 tons of weight and it will last for 100 years.

The Timbo River serves as a boundary between River Cess and Grand Bassa. The original bridge was constructed in 1972 and dedicated in 1976.