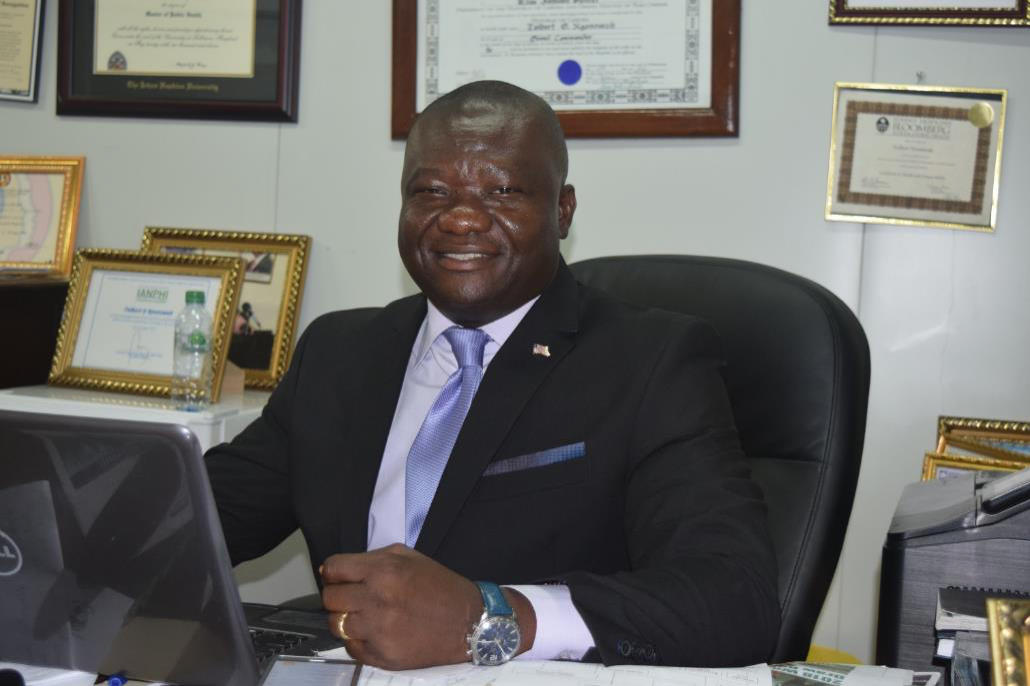 ADDIS ABABA, Ethiopia – Tolbert Nyenswah, director general of the National Public Health Institute of Liberia, has challenged all African countries to establish a national public health institute within the next five years that would operate under the leadership of regional coordinating bodies.

According to a dispatch from NPHIL, Nyenswah made the statement on Monday, February 26 when he addressed an international conference in Addis Ababa where he shared Liberia’s experience in strengthening its public health system.

The conference, which ends today, aims to strengthen the link between Africa’s national public health institutes and the Africa Center for Disease and Control.

The three-day conference will review and adopt a continental framework and legislative mandates for the establishment and strengthening of national public health institutes, refine a proposed scorecard for the sector, identify priorities and gaps, and develop action plans for the future.

Nyenswah said other African countries needed to establish public health institutes to protect more than the health of their citizens.

“The economic and fiscal impact [of the 2014 Ebola epidemic] has outlasted the epidemiological impact and led to severe shocks to investment, production, and consumption throughout the region, coupled with commodity price decline,” he said.

The NPHIL director general said legislature to create the institute was fast-tracked in Liberia with a vision of creating a center of excellence that would prevent and control public health threats by promoting healthy outcomes and serving as a source of knowledge and expertise. He indicated that with the creation of NPHIL, Liberia is poised to benefit from improved health innovation and technology, a strong public health laboratory system, an integrated disease surveillance response detection system, a boosted independent research capacity, and regional benefits in academic and research opportunities for African scientists. He said the institute will decrease Liberia’s dependence on international aid and advance the global study of tropical diseases.

Nyenswah told participants at the conference that periodic testing of drinking water sources in the country has averted cholera outbreaks, and that reporting from over 700 health facilities in 93 health districts has reduced the stress of outbreaks on the Ministry of Health.

“Liberia is willing to share its experience through a case study for low-income settings,” Nyenswah added. He, however, said partnership remains key to the work of national public health institutes.

He called on the African Union to pass a resolution to legalize the framework of the national public health institutes in Africa.

Nyenswah cited the impact of NPHIL in 2017, a year in which he said the institute responded to 39 outbreaks of reportable diseases including measles, lassa fever, scabies, meningitis, and monkey pox.

“Response time was within 24-48 hours while lab turn-around time was cut from 90 days pre-ebola to less than 24-48 hours for 11 out of 17 reportable diseases in Liberia,” he said.