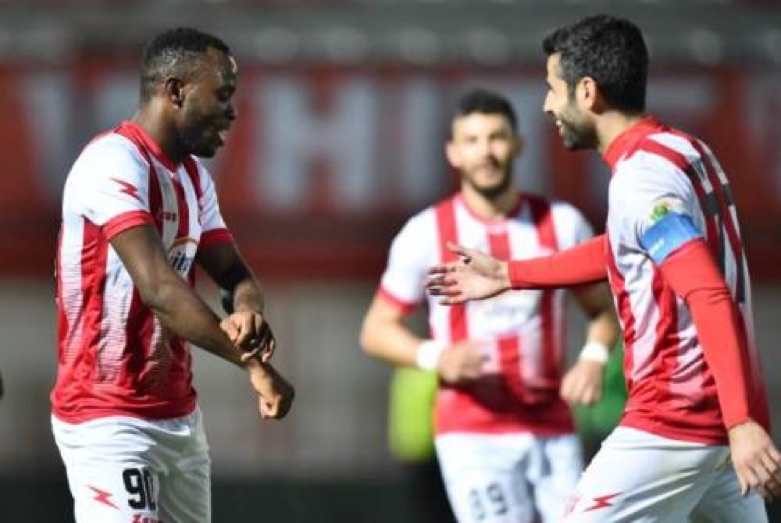 Cypriot-based Liberian forward Tonia Tisdell has opened his scoring account with his new club, Nea Salamis, in the Cypriot First Division. The 27-year-old winger scored in the 10th minute over the weekend to help Nea Salamis draw with APOEL Nicosia.

Tisdell, who moved to Nea Salamis during the winter transfer, made it as a starter for the first time and scored within ten minutes to give Nea Salamis the lead against APOEL Nicosia in the 2018-19 Cypriot First Division playoff rounds.

Tisdellâ€™s goal gave Nea Salamis a lead that only lasted for 26 minutes before the visitors leveled the score to create an open game.

Norwegian midfielder Ghayas Zhid redeemed APOEL Nicosia and the two goals scored in the first 36 minutes turned out to be the only goals of the match, as the two teams settled for a draw after the sound of the final whistle.

Nea Salamis finished sixth on the regular season table with 31 points from 22 games and qualified for the championship playoffs. The one point secured against APOEL Nicosia gave Nea Salamis their 32nd point of the season from 23 games. They are 18 points behind the league leaders, Apollon Limassol.

Nea Salamis will go in search of a win in the championship playoffs when they take on sixth place Omnia Nicosia on Saturday, March 9.

Tisdellâ€™s goal put an end to his 11-year spell in Turkish Football to move to the Cypriot top flight. The 27-year-old left Denizlispor in the Turkish second-tier league to join Nea Salamis, the former club of fellow Liberian international, Solomon Grimes. He joined Nea Salamis on loan for the rest of the season.

Tisdell moved to Turkey as a teenager and started playing professionally in 2009 with Ankaraspor. Since then, heâ€™s played for seven different clubs in the first and second-tier Turkish leagues.