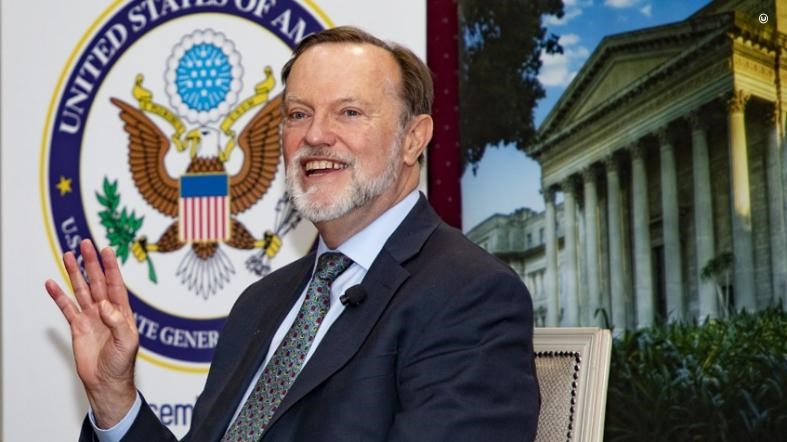 MONROVIA, Montserrado â€“ As Liberian media outlets enter a standoff with the government over passes issued to journalists to move around freely during the lockdown, the U.S. assistant secretary for Africa, Tibor Nagy, has warned governments against using the COVID-19 pandemic as a pretext to suppress media outlets.

Speaking on Wednesday during a telephonic briefing on COVID-19 in Africa and the U.S. response efforts, Nagy said now is a time to reflect on the importance of transparency.

He said the U.S. has noted with concern situations of some countries using the current pandemic to further constrain media freedoms, particularly in response to independent reporting relating to the crisis.

He said government responses to the pandemic must focus on protecting public health and not using the disease as a pretext for repression of people or ideas in the media or elsewhere.

â€œA vibrant, free press is more important than ever to ensure the public receives timely and accurate information about the virus and how to stop its spread,â€ he said.

â€œGovernment transparency and accountability and freedom of expression, including for members of the media, are critical for an effective response to COVID-19.â€

The senior U.S. diplomat further promised that the United States would continue to collaborate with its African partners to address COVID-19 and whatever other challenges that may ensue.

â€œWe will come through this as always for the health and security of the American homeland and the African continent,â€ he added.

Nagyâ€™s comments followed the celebration World Press Freedom Day amid the global fight against COVID-19 and continuous reports of attacks on the free press on the continent and in Liberia.

There have been continuous reports of attacks on the local media, with brutality against journalists by state security personnel. Although in March, journalists gathered in Monrovia and petitioned President George Weah to act on their complaints, the president of the Press Union of Liberia, Charles Coffey, says a committee set up to probe the allegations is yet to kick off its investigation.

During an April 29 press conference, Solicitor General Syrenius Cephus threatened to close down media organizations and confiscate equipment for spreading â€˜misinformationâ€™ after some outlets reported on widespread rumors alleging that the president had tested positive for the Coronavirus.

â€œNo more warning for media institutions, we will shut down and confiscate their equipment for spreading falsehood and misinformation,â€ he said.

Adding to the animosity between the government and media outlets, Deputy Information Minister Eugene Fahngon unanimously decided to replace media accreditation cards previously issued to journalists to move around freely during the pandemic. This came despite a prior agreement the Ministry of Information had entered with the Press Union to allow journalists to navigate the lockdown.

Fahngon claimed that the previous accreditation done in collaboration with the Press Union had been counterfeited by some individuals.

In a statement issued following the assembly, the union rejected the action of the government to restrict the movement of journalists as a clear attempt to undermine the role of the media in the war against the pandemic.

â€œThe Union also sees the constraints being imposed by the government as running contrary to the warning of the United Nations secretary-general in his statement marking this yearâ€™s World Press Freedom Day,â€ the statement read.

The Press Union further warned the government that it would be held responsible for any harm and intimidation suffered by journalists and media workers in the face of the current threats from the deputy information minister.

The union says it, however, remains open to constructive engagements and discussions with the government in the interest of the mutual understanding that should be existing between the two sides.

The saga between media outlets and the government has already caught the attention of the Committee to Protect Journalists, an independent, nonprofit organization that promotes press freedom worldwide. The organization has been monitoring the events.