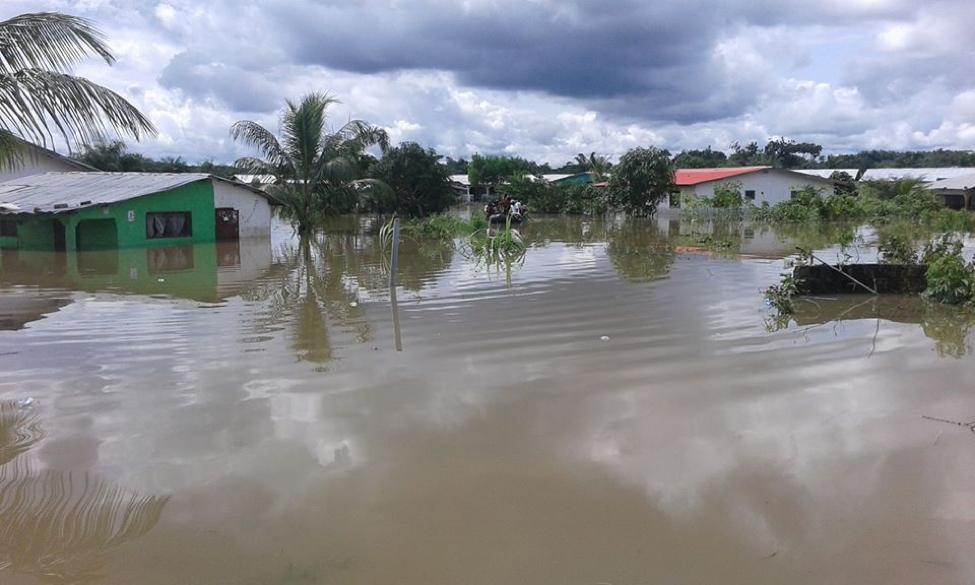 KAKATA, Margibi â€“ Heavy rainfall has hit Margibi, causing severe flooding that has made hundreds homeless as a result of damaged homes and personal belongings.

The flooding affected communities in Kakata, Harbel, and Weala. In the Kakata area, the flooding was a result of the overflow of the Du River.

Expressing frustration over the situation, Stephen Gege, an elderly man and a father of five children, said the flooding started on Wednesday afternoon following a Tuesday night rainfall. He said this is the worst flooding in recent memory for the Dennisville community in Kakata and expressed concern over how he will recover all the personal property he lost to the flood.

â€œOur personal belongings like mattresses, clothes, and other things are all lost and even the house â€“ one side has fallen,â€ Gege said. â€œWe are appealing for help, especially for the sake of our children.â€

Another resident, Lomene Singbah, said it was devastating to be affected by flooding this year especially since there was another flooding last year that caused a setback to him and his family.

He hoped that unlike last year where his family received no help, this year, political actors and humanitarian groups would assist him.

â€œNo one came to our aid last year but when we asked the county authority they did not give any reason but identified with other flood victims,â€ he noted.

Many victims have blamed the flooding on the lack of zoning regulation and the construction of structures along the drainage lines, which impedes the flow of water during the heavy rains.

Meanwhile, the Armed Forces of Liberia has launched a search and rescue operation for those trapped in buildings surrounded by the flood. The AFL team on Thursday swiftly moved in to provide support for the flood victims, especially women and children. They were seen using rafts to rescue flood victims.

Last yearâ€™s flooding led to the displacement of over 35,000 residents of Margibi, especially in Lower Margibi. It prevented the normal flow of traffic for days along the Robertsfield Highway.

Editor’s note: A previous version incorrectly referred to the affected community as Diggsville. That has been corrected to Dennisville. Featured photo by Emmanuel Degleh