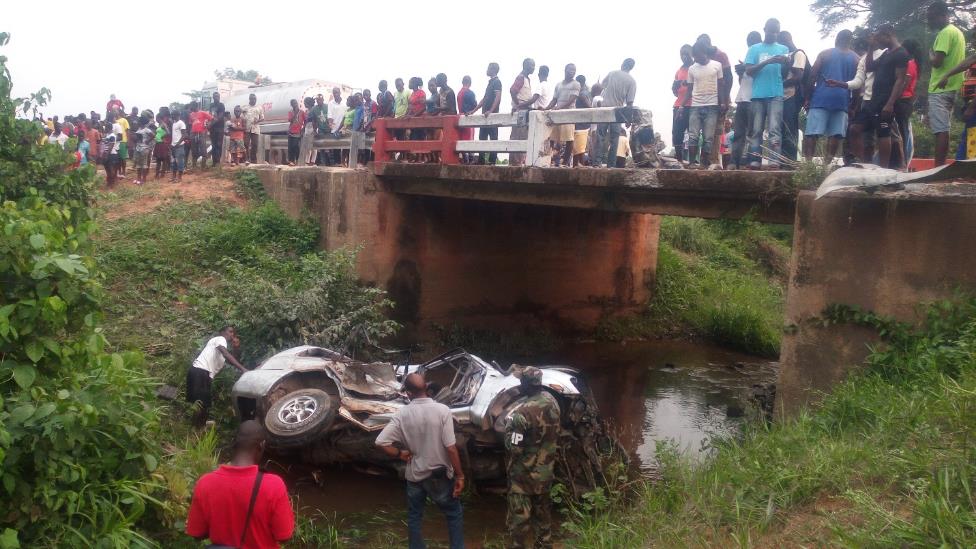 According to the deputy traffic commander of the Bong Police Detachment, Mamadee M. Kanneh, the vehicle carrying eight occupants was headed for Nimba from Monrovia when it hit the motorcyclist carrying a woman from Gbarnga towards the Phebe Hospital direction.

Kanneh said the two riders of the motorbike died instantly during the accident while one of the eight occupants in the vehicle died upon arrival to the Phebe Hospital for medical attention.

â€œEven though we are still conducting investigations into the cause of the accident, it appears like the driver of the vehicle was speeding,â€ Kanneh said.

Kanneh identified the deceased as Diomande Issouf, an Ivorian citizen who was in the jeep, and Hawa King of Bong who rode on the back of the motorcycle. He said the motorcycle operatorâ€™s identity has yet to be established. The bodies of King and the motorcyclist have been deposited at the St. Kennedy Funeral Home in Gbarnga, according to Kanneh. He revealed that Issouf has been buried. Minutes after the accident, Inspector General Gregory Coleman, and an array of police officers arrived on the scene. Colemanâ€™s convoy stopped for several minutes and the inspector general was seen instructing traffic police officers to manage the scene of the accident.

Road accidents have become very regular along the Suakoko Highway since the road was paved. Bongâ€™s police traffic commander, Augustine S. Kannah, has attributed most of the accidents to â€œover speeding by drivers.â€ He wants motorists to observe all the traffic rules and avoid speeding.

2 days ago by George Momo

13 hours ago by Zeze Ballah

2 days ago by Africa Center for Strategic Studies