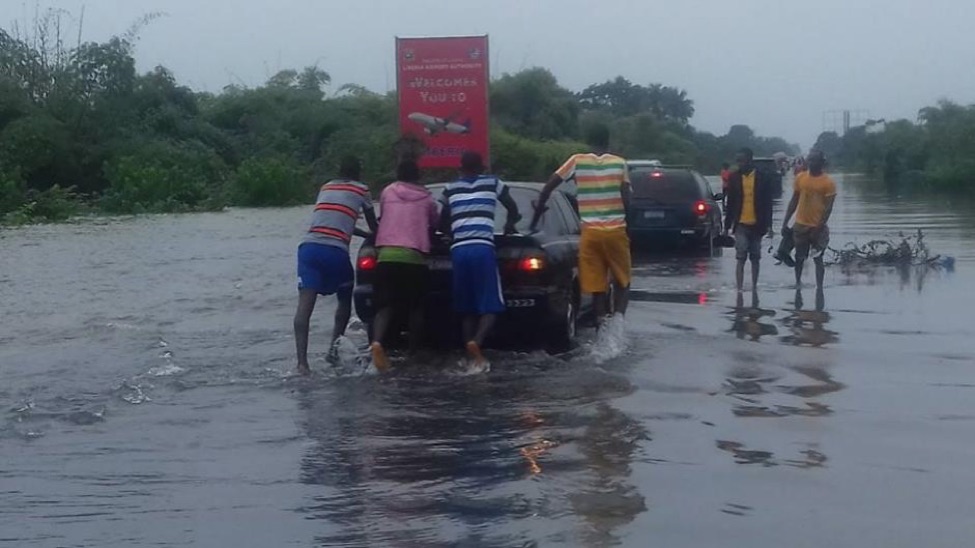 UNIFICATION CITY, Margibi â€“ Flooding in the Joe Blow Town and Unification City near the Roberts International Airport has subsided, making the road passable to small and medium-sized vehicles.

The Liberia Airports Authority issued a travel advisory on Sunday alerting the public of heavy flooding that made the road impassable to smaller vehicles.

Road users were asked to use an alternative route through the commercial district of Redlight from Monrovia and through 15 Gate and Firestoneâ€™s Division Sixteen.

But the authority updated the advisory on Monday informing the public that the situation had now subsided.

â€œAs a result of this, normal traffic has resumed and motorists can begin using the route to reach RIA,â€ the authority said in its updated travel advisory.

The airport authority, however, added that it is still monitoring the situation based on the weather condition and will provide regular updates.

It is a regular experience that flooding occurs each year on the major highway, during the rainy season. The flooding also affects the homes of several residents and renders them homeless.

However, the government is yet to take any tangible measure to resolve the situation.