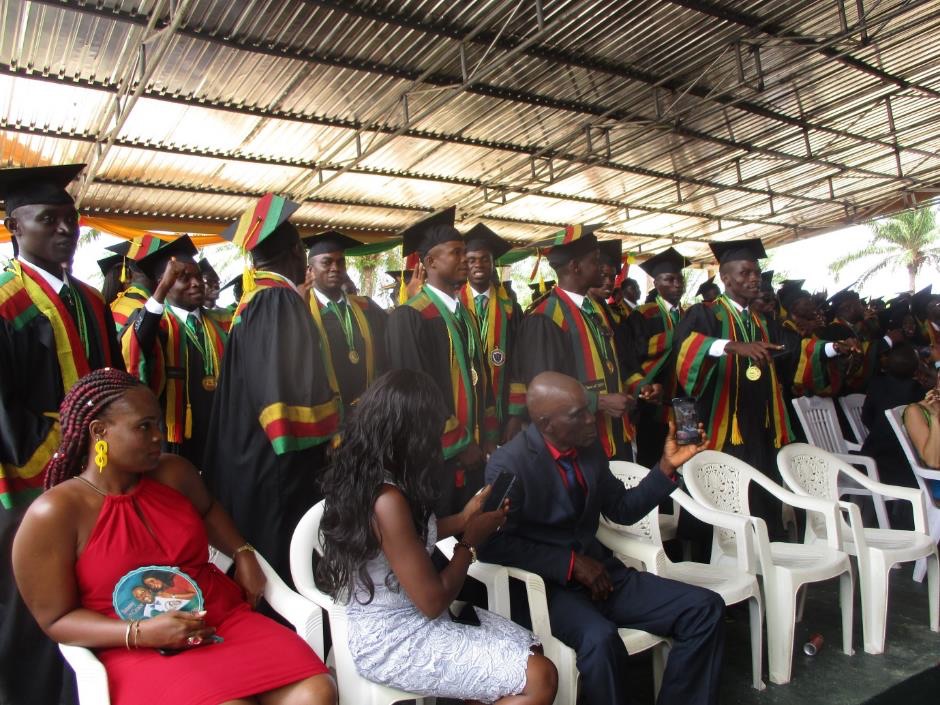 The 2019 commencement ceremony took place on Tuesday, June 11. According to the convocation committee chair, Cyrus W. Tugbe II, 40 percent of the students were women.

Tugbe said the university used US$48,000 for this yearâ€™s convocation, unlike in past years where the commencement convocation budgets have been in the range US$60-100,000.

Addressing journalists on the main campus of the university, Tugbe, however, assured the public that the amount was enough to host the convocation, in spite of the economic challenges and difficulties the country is facing.

On the day of the commencement convocation, the university also dedicated a space capable of holding 600 persons that could be used for graduation ceremonies and other programs.

Meanwhile, the managing director of the National Port Authority, Bill Twehway, served as the commencement speaker. He used the platform to call on members of the graduating class to be patriotic to their country.

Twehway said graduates were much better off than those who graduated years back because they were exposed to a variety of new technologies and have greater chances of achieving their career objectives.

He challenged the graduates to bring solutions to socio-economic and political problems the country was facing because they are better prepared than past generations to do so.

â€œProudly, T.U. graduates have and continue to play critical roles in the society and their contributions are noticeable and commendable,â€ he said.

He also called on the graduating class to value loyalty, devotion to their goals, and the respect for established rules and authority figures. He also pushed for graduates to join the fight against corruption.

He further said patriotism should play a greater role in the lives of every individual in the society and teach everyone to act as a responsible citizen and to do things in the best interest of the growth and development of the nation.

10 hours ago by Sampson David