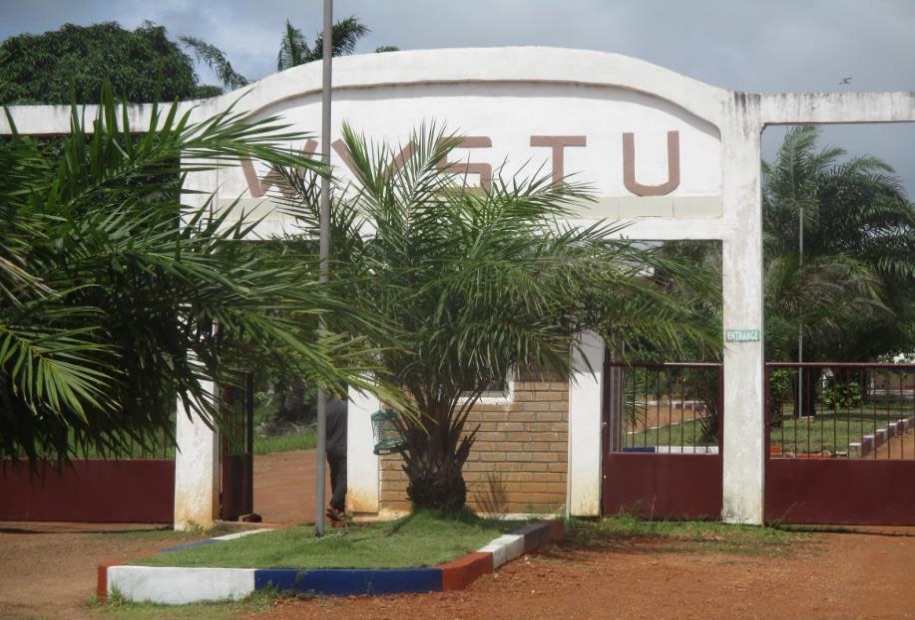 HARPER, Maryland â€“ The Tubman University campus in Harper was a ghost town on Wednesday, August 21, when a group of employees launched a protest in demand of their unpaid salaries.

Representing various departments of the public university, the employees ensure that registration of students was halted, denying students from going through the process. They demanded that the government pay salaries owed them for the months of July and August.

The concerned employees which constitute professors, office staffers, Lecturers, janitors who claimed to be unpaid met on Tuesday and unanimously resolved to protest in demand for their benefits from the government.

In a position statement issued on Tuesday, the employees also requested that they be exempted from a planned salary harmonization exercise. Under the program, which aims to lower the governmentâ€™s wage bill and to ensure that salary structures are fairer, the Ministry of Finance and Development Planning will reduce the compensation of 10,200 persons, or 15 percent of the governmentâ€™s workforce. An additional 14,900 employeesÂ will simultaneously see their salaries increase.

The exercise will see the median pay for the public sector move from US$125 now to US$225 per month, according to data released by the Ministry of Finance.Â It will also reduce the wage bill from 60 to 40 percent of the total government revenue.

The Tubman University employees are demanding that any deductions should be reimbursed immediately. They noted that the current economy hardship in the country, coupled with the increase in commodity prices on the local market and the bad road conditions to the southeast, should persuade the government to exclude them from the exercise.

As they are calling for their salaries to hold steady, the employees are also calling on the national government to increase the institutionâ€™s budget. They promised to continue their strike until the government can address their concerns.

Meanwhile, on Thursday, August 22, student leaders at the university presented a petition to Marylandâ€™s county administration calling on the government to intervene.

The students noted that the protest had indefinitely shut down the school. They called on the government to immediately address the concerns of the employees in order to resume academic activities at the countryâ€™s second-largest public institution of learning.

They called the governmentâ€™s action a reflection of â€œgross incompetence and irresponsibility,â€ noting that southeasterners were â€œthe worst victims of the economic hardship in the country.â€

The students sided with their professors and other staff members of the university in condemning the salary harmonization move. They also asked that the universityâ€™s budget should not be reduced, given that enrolment at the institution has increased every semester.

Emmanuel Y. Perry, the secretary-general of the Student Government Association, read the petition, where he noted that during the 2013â€“2016 fiscal years, the university had received US$5-6 million in its budget. However, in the last fiscal year, despite an increased student population, Perry said the university received US$4.8 million.

Perry expressed concern over the universityâ€™s ability to maintain its standards if funding continues to be decreased. The students said they were giving the government 96 hours to act before the students would begin to mount a mass protest.