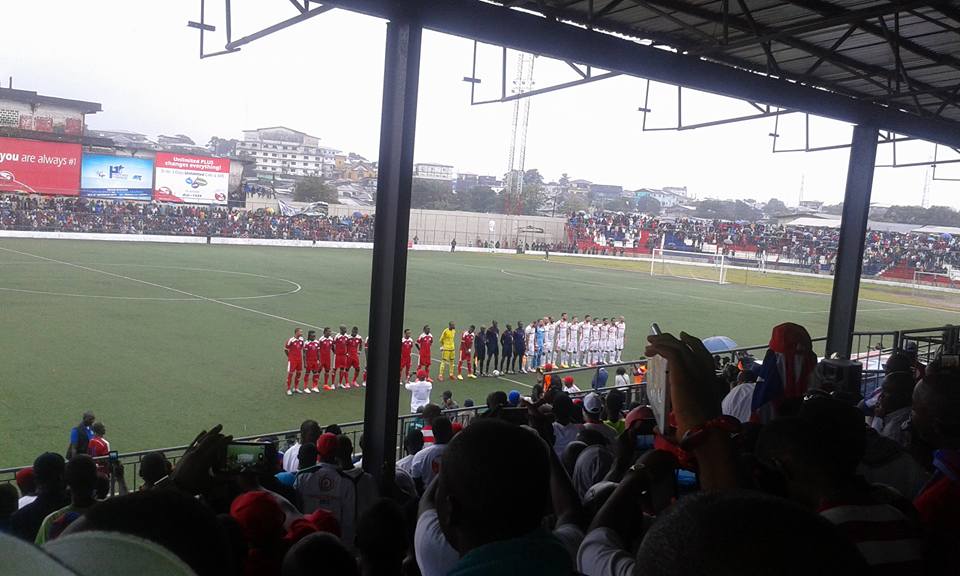 Liberia pulled off a shock victory over Tunisia in Monrovia as the country hosted its first international football match since the lifting of an Ebola ban.

Francis Doe scored the goal with 11 minutes left in the game, in difficult, wet conditions, to give his country their first points in Group A. Togo leads the Group A standings after their victory in Djibouti on Friday.

Liberiaâ€™s victory is even more surprising given that Tunisia is ranked at 33 in the world compared to Liberia at 160.

The Liberian side controlled the game from the onset with a ferocious attack led by Doe, the recent Golden Boots winner from the Malaysian Premier League.

The Tunisians looked outmatched for most of the first half. The only reason the Liberians were not on the score sheet was because of poor finishing combined with the gallant display of goalkeeping by Aymen Mathlouthi.

The omission of some mainstays on the Liberian team caused a lot of fans to question the judgement of head coach James Debbah. Debbah picked Doe and William Jebor as starters because he believed that they had experience playing against the North Africans and Doe was playing his best football of his life, according to Debbah.

Liberia is now third in Group A with three points from two matches played. Although tied with Liberia on points, Tunisia leads Liberia in goal differential because of the 8-1 trashing against Djibouti.

A substitution during the game by replacing Zah Krangar with Murphy Dolley showed that the coach was ready for any tactical change during the game. Krangar was losing steam giving his work rate in the middle of the field and the inclusion of the only locally-based player into the match brought fresh legs to the attack.

The midfield was compact with Sam Johnson, Patrick Gerhardt and Krangar winning the battle of the midfield. Moving Gerhardt from central defense and playing him in the libero role was a tactical change that facilitated Liberiaâ€™s control of the match.