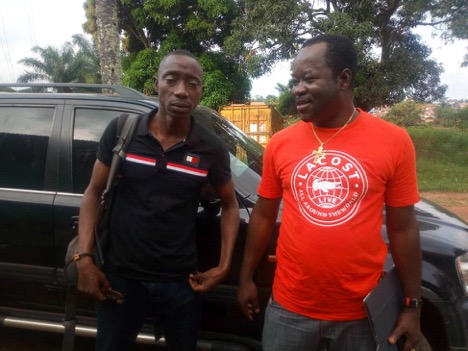 GBARNGA, Bong â€“ Two civil society organizations in Bong have written to ask the government of Liberia to not honor any of the resolutions from November 12, 2018, Bong County Council Sitting.

The letter written by the Foundation for International Dignity and the Justice and Peace Commission was dated November 23, 2018. In it, FIND and JPC noted that section nine of the amended 2018/2019 Budget Law was violated during the sitting.

The two organizations cited the appointment of Abraham Jutunue Kollie as comptroller of the Project Management Committee by the county authority as one of the violations of the budget law during the sitting.

The budget law calls for the election of all PMC members, including a chairperson, comptroller and a treasurer for a period of three years.

The chairperson of the Bong Legislative Caucus, Senator Henry Yallah, during the sitting, said no one had applied for the position and the countyâ€™s leadership had no option but to appoint Kollie to fill in the void.

â€œHaving said that, we will appoint Mr. Abraham Jutonue Kollie, a knowledgeable man reading MBA, to take charge as acting comptroller until we drag the next sitting to legitimize that,â€ Yallah said in his announcement.

However, Lawrence Plator, the former chair of the countyâ€™s project management committee, refuted Yallahâ€™s claim. Plator said he had expressed interest in the position through a written application but was shocked to hear the senator announcing that no one had applied for the job.

â€œDecisions reached in the county sitting were not done by vote count or consensus by delegates, as stated by the budget law,â€ the letter read.

The two groups also raised concerns about the manner in which funds were allotted in bulk to various districts, rather than allotments to specific projects. They said such a method made it difficult for civil society organizations to monitor the use of those funds.

The leadership of the county allotted US$40,000 to each of the countyâ€™s districts, in addition to a few other allotments.

â€œWe think these violations are inimical to the interest of the people of Bong County and must be stopped,â€ the letter said.

Meanwhile, several persons in Bong have welcomed the move by FIND and JPC, describing it as being â€œin the interest of the county.â€

Eric Doe, a resident of SKT Community, phoned-in on a local community radio Thursday to hail the two groups for their action.

â€œThis is what we need. We canâ€™t have elected officials who make laws to be violating the laws,â€ Doe said.

He called on citizens of the county to support the efforts of the two groups as a way of pushing for accountability in the county.

The two groups want the government to intervene to salvage the situation, adding that they will seek redress through the court if the government refuses to adhere to their call.

Being uncomfortable with reports of the violation of the budget law by leaders of the Bong, The Bush Chicken has reliably learned that the leadership of the county is trying to arrange a â€œspecial sittingâ€ in February 2019, were Kollie, the controversial comptroller of the PMC will be elected or removed from the post.