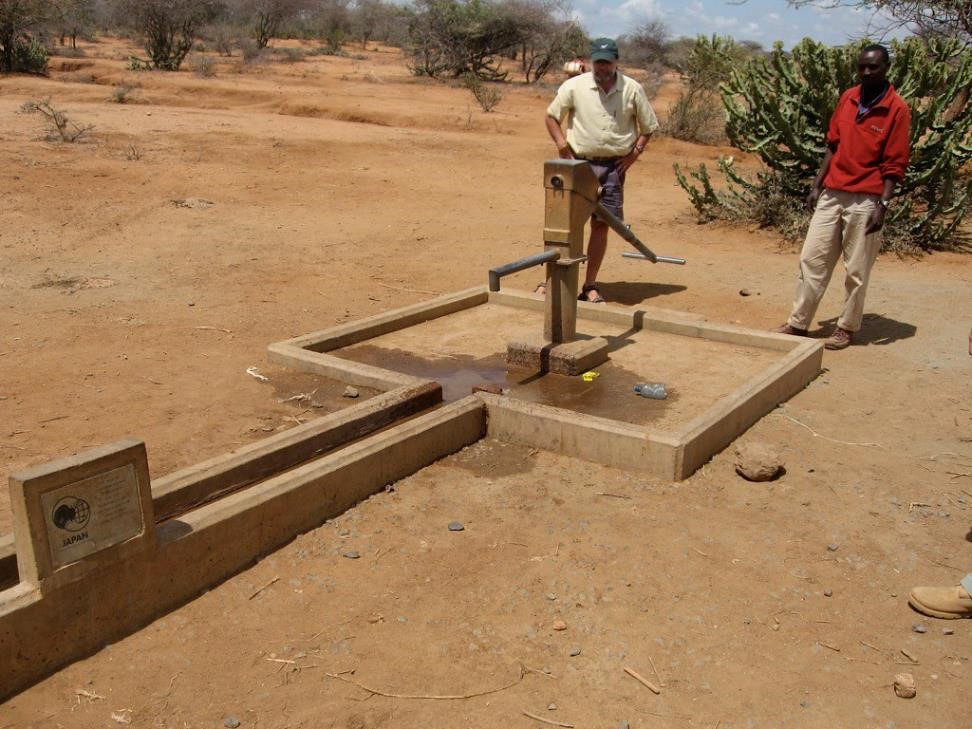 BUCHANAN, Grand Bassa â€“ Two men have died as a result of reported suffocation within a borehole well while repairing a hand pump in the WAFDI Camp, Giegbarn community, within Grand Bassaâ€™s second district.

The men have been identified as Timothy Johnson, 39, and Roland Shaja, 37, residents of Montserrado.

The West Africa Forest Development Incorporated, WAFDI, is a logging company recently granted a permit to operate in the district.

Although the company is yet to commence full logging operations, it began implementing parts of its corporate social responsibilities through rehabilitating roads and constructing community hand pumps.

According to Larry Tuning, secretary-general of the Community Forest Management Body in the forest community of Giegbarn the company had hired a contractor to build the hand pumps almost four months ago.

â€œBut the water was not conducive, so they called the contractor to dismantle the pump and see what was the cause,â€ Tuning said.

The head contractor, only identified as Shadrach, reportedly hired the two men to repair the pump, while he and a team of other workers crushed rocks needed for the repair.

Shadrach toldÂ The Bush ChickenÂ in a phone interview that camp workers hauled crushed rocks for the repair work, with the expectation that the two men would first repair the pump head before cleaning it. The two men, unbeknownst to everyone, entered the maintenance hole on the side of the pump.

â€œWhile the people were on the road looking for crushed rocks, the two men opened the maintenance hole on the side of the pump, although the camp manager told them to get rid of the pump head,â€ Shadrach said. â€œThe first person entered and after 15 minutes without seeing the other man that went in the hole, the other man decided to go in the hole, and after some time, the whole town was upside down. When the group came, they burst the head of the pump and found out that the water in the well was still, and the men were dead.â€

Shadrach said the two corpses were rushed to Civil Compound #2, where the townspeople called the police. A 15-person coroner jury later inspected the bodies and concluded that the men had died from suffocation from the heat in the hole.

The menâ€™s bodies were turned over to their families, and later deposited at the Alfred Bugler Funeral Home in Bernard Farm, Red Light Market community, Paynesville, awaiting burial.

The logging company has not yet issued any statement regarding the menâ€™s death. It remains to be seen what obligations the company has to the families of the deceased, should it wish to avoid legal actions against it.