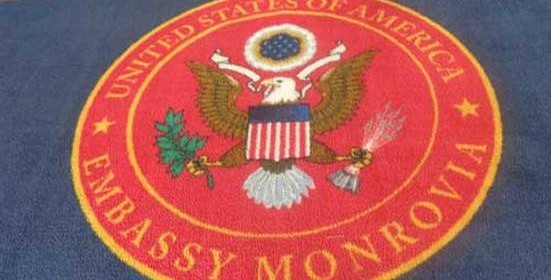 MONROVIA, Montserrado â€“ The government of the United States has warned against violence, and called on Liberians to remain peaceful and respect the democratic process, as the country goes to elections on Tuesday.

Over two million citizens are expected to participate in the polls for a new president and 73 lawmakers. The elections will lead to the first post-war democratic transition of leadership from an elected sitting president to another. The current leader, President Ellen Johnson Sirleaf, won in the countryâ€™s first post-war elections in 2005 and became the first woman to be elected president of an African nation.

Sirleaf, who is completing her second term as president, is not contesting as the constitution limit presidential tenures to two terms.

She has since committed to promoting a peaceful transition to the next elected government, while at the same time announcing her support for her vice president, Joseph Boakai, to succeed her. Despite doubts from members of Unity Partyâ€™s hierarchy about the presidentâ€™s support for Boakai, she has continued to give her assurance of her support.

Twenty-six political parties are participating in Tuesdayâ€™s elections, while 20 individuals are aspiring to become president.

Official campaigning by the parties and candidates contesting the elections officially ended at midnight on Sunday. Although there were a few reports of violence during the campaign period, the process was generallyÂ  peaceful.

In a statement issued, the U.S. Embassy in Monrovia said while it was a time to engage in vigorous debate, exchanges should be civil, and take place in an atmosphere of tolerance and respect.

â€œFreedom of expression is a fundamental human right.Â  Along with an independent media, free speech is a mainstay of any democracy,â€ the Embassy said.

It stressed that â€œanyone who would infringe on those freedoms should be held to account.â€

Similarly, it said anyone who asserts those rights through threats, vandalism, or at the risk of public safety should also be held to account.

The embassy said the United States applauds Liberiaâ€™s successes in holding electoral contests in 2005, 2011, and 2014, and trusts that citizens will continue to build on the tradition by participating responsibly at campaign events, at polling places, and while awaiting results.

It said, as a longstanding friend and partner, it encourages all Liberians to vote and participate in the democratic processâ€”before, on, and after election dayâ€”to shape Liberiaâ€™s future.

The U.S. Embassy applauded political parties committing to peaceful campaigns in the Farmington River Declaration and other venues, and urged them and candidates to reiterate to their constituents that any violence or unlawful attempts to disrupt the democratic process are unacceptable.

The Embassy has meanwhile committed the U.S. governmentâ€™s continuous engagement with Liberia through the next government as it has done in the past.

â€œWe have faith in the people of Liberia to continue building their country, their democracy, and their future,â€ the statement read.

â€œLiberians â€“ this is your moment.Â  Let integrity and respect for one another, the rule of law, and your country guide citizens, candidates, and leaders of your core institutionsâ€.

The US government says it has provided technical and financial assistance to support numerous institutions and programs to strengthen key pillars of the election, which it said was an important milestone in the countryâ€™s democratic development.