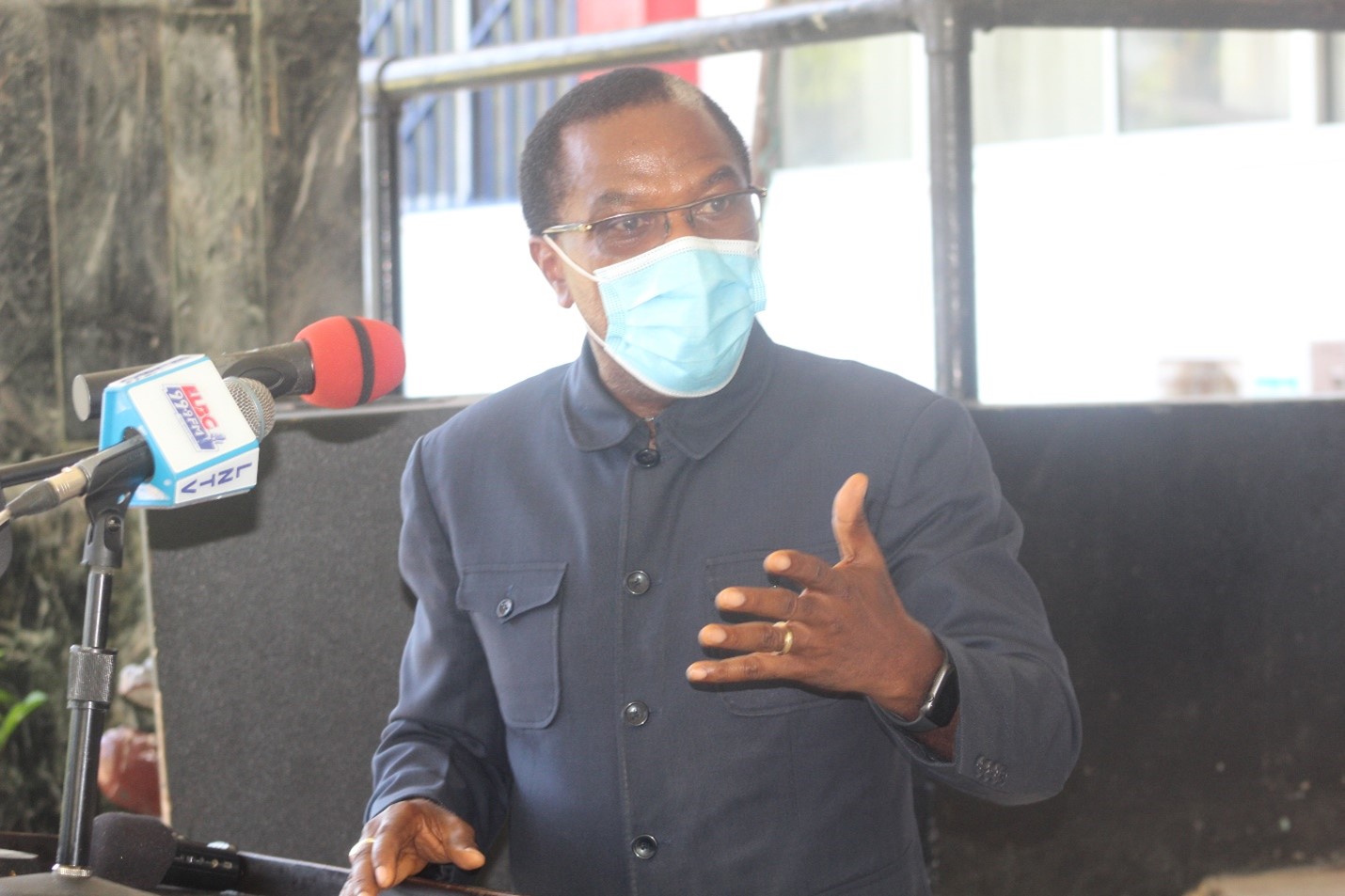 MONROVIA, Montserrado – Liberia’s chief medical officer has confirmed that the Alpha variant of the COVID-19 virus, originally reported in the United Kingdom, is present in Liberia.

Several studies have established that the Alpha variant is more transmissible than pre-existing variants, but it is unclear if this leads to any change in the disease’s severity.

Dr. Francis Kateh believes that the new variant is driving the third wave of COVID-19 cases in the country.

At a June 17 press conference, Kateh said Liberia had tested 120,000 samples for COVID-19 since the start of the pandemic in March 2020. “Of the samples tested by June 15, there were 2,795 positive cumulative cases in the country,” he said.

The National Public Health Institute of Liberia reported that there were 634 active cases in the country by June 17, with 95 deaths.

Kateh noted that five of those deaths were from health professionals, at least 226 of whom had been infected at the time of the press conference. The chief medical officer said there were still many corpses on which tests were being conducted to determine whether the Coronavirus was the cause of death.

“The third wave of the virus is deadlier than the first and second waves,” Kateh maintained.

If the suspected cases are tested and proven positive, he said the country would add 21 additional deaths to its tally for the past week.

Liberia’s third wave, which began in late May, is already producing a significantly higher number of confirmed cases than the first. During the first wave, the highest number of new cases in one week was 168. The second wave was much more lenient, with a peak of 106 cases a week.

“Last week alone recorded a total of 256 positive cases in a week, with Montserrado being the hottest zone to a growing population,” Kateh said of the third wave. He warned that this week had not ended but was already trended to exceed 256 positive cases.

Kateh blamed non-compliance to COVID-19 protocols and weak cooperation with contact tracing on the new wave.