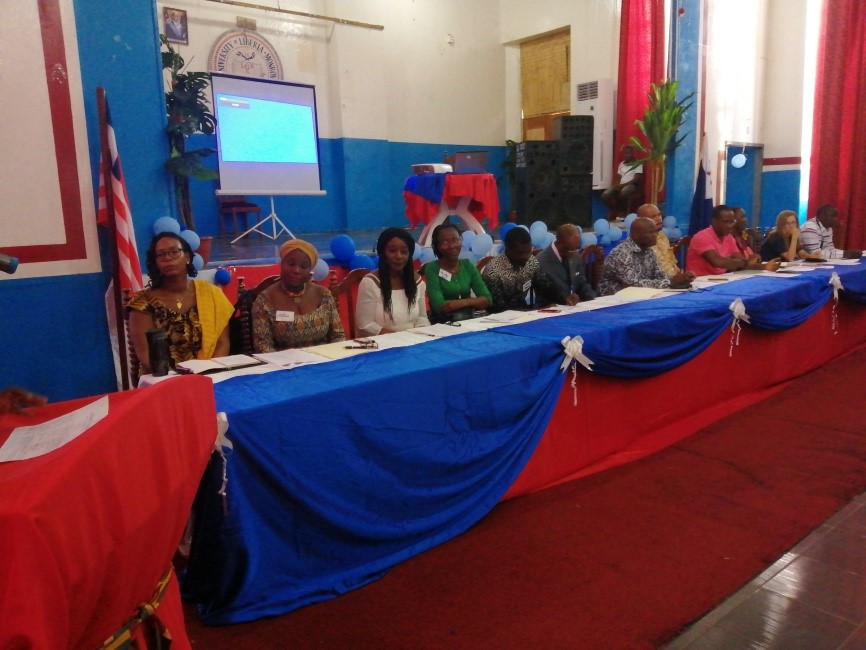 MONROVIA, Montserrado â€“ The University of Liberia now has an Honors College of Research and Gender Studies, committed to advancing quality research at the university and across the academic community in Liberia.

In 2010, following a feasibility study that justified the need for such a program, the universityâ€™s former president, Emmet A. Dennis, spearheaded the creation of an honors program at the university, with support from Ken Nobellet, a USAID Research Consultant, and deans from the various colleges at the university.

What began as a program dedicated primarily to helping develop the writing and research skills of students at the university eventually grew into a full-fledged college committed to advancing high-quality research. The transition from a program to a full college came in the 2018/2019 academic year following the approval of a transition plan by the universityâ€™s Academic Coordination Committee, the Faculty Senate, and the Board of Trustees.

The Honors College now offers two academic programs: a three-year certificate program in interdisciplinary research and a Bachelor of Arts degree in gender studies. Both programs will commence in the first semester of the 2019-2020 school year.

On Friday, Nov. 22, 2019, when authorities at the university gathered for a stakeholder and awareness meeting, it was in an effort to forge new and better partnerships with organizations interested in the vision of both the Honors College and its programs. Its goal, according to authorities at the university, remains to provide Liberiaâ€™s brightest minds with the requisite knowledge, skills, and competencies needed to solve complex real-world problems through research.

If nothing else, the evolution of the program speaks volumes of its potential prospects.

With a curriculum in place and following a carefully designed vetting process, the first cohort of 28 honors students was admitted into what was then the Lux-in-Tenebris Honors Scholars Program on December 10, 2011.

The program included extracurricular activities, including debate competitions, internship opportunities, field trips, and interdisciplinary seminars. Because of further fundraising, dormitory and scholarship opportunities were provided for some 30 honors students enrolled at colleges on the Fendell Campus in 2016. This early progress attracted more students to the program. It led to dramatic overall growth in enrollment from 28 students in the first year, to a current enrollment of 156 students at undergraduate levels at the university.

The result was a collaborative program. The director of the program, Mamawa Freeman Moore, was appointed in 2011 and the process of establishing an Honors Program began. Policies and procedures for admitting students were put in place and the curriculum for teaching the honors students was designed to teach fundamental research skills. In addition to the research classes, six short certificate courses were developed to strengthen studentsâ€™ academic abilities, research ethics, personal character, and leadership skills.

In his welcome remarks at the stakeholders meeting last week, the vice president for university relations, Norris Tweah, emphasized that unlike other colleges of the university, the Honors College focuses exclusively on research.

â€œIt is a great opportunity for the students, as well as the public,â€ he added. â€œWe are willing to support the college to ensure that the young people who are brought to this college be taught more on research.â€

The universityâ€™s newly appointed president, Julius Nelson, also emphasized the need for teamwork. He said the Honors College must work to enroll more men in the gender program, because gender studies, as a professional discipline, has been wrongly viewed as an area important only to women.

He went on: â€œI have a selfish reason for wanting this Honors program. There are many graduates who people believe that they canâ€™t read, canâ€™t write, canâ€™t interview, canâ€™t do anything. That is ungodly impossible to believe. This is why I established this honors program to show this is not true.â€

He added that those who graduated with respectable grade point averages are performing well in their respective areas, unlike those who graduate with low grades, who he says are tarnishing the universityâ€™s name. He extended his appreciation to Moore, now the dean of the Honors College, for being an innovative leader who has brought her dream to reality. He said students of the university should see the Honors College as an opportunity to advance their careers.

The Honors Collegeâ€™s faculty members are from the five undergraduate colleges and form a core teaching staff that rolls out these short certificate courses.

Sharing
Tags Mamawa Moore, University of Liberia
Contributions to The Bush Chicken are not tax deductible.