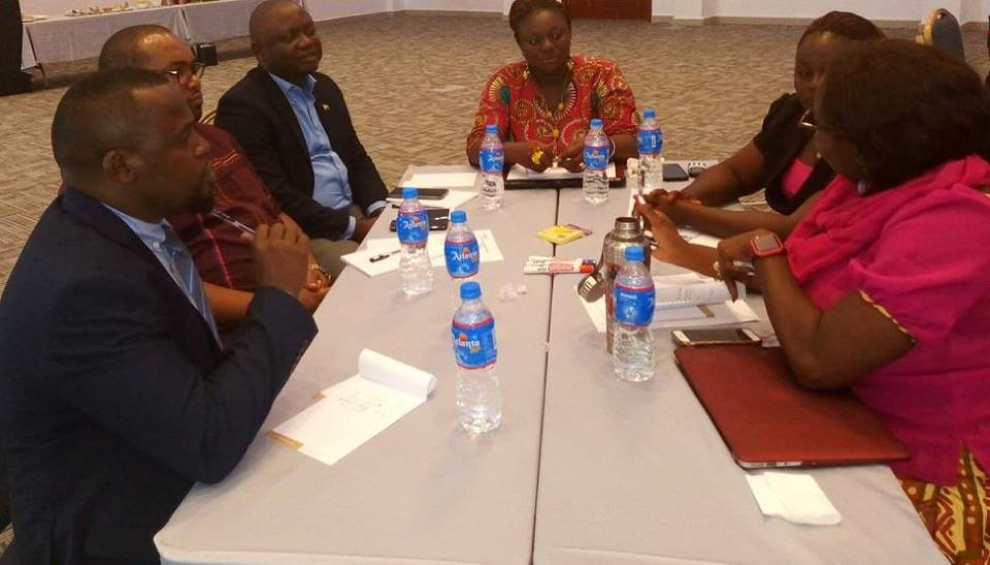 UNIFICATION CITY, Margibi â€“ U.N. Women, in collaboration with the Women Legislative Caucus is conducting a five-day training for lawmakers and other government officials on gender mainstreaming and gender responsive budgeting.

The training, supported by the government of Canada, kicked off on Monday and is the second of three pieces of training designed to examine the countryâ€™s compliance with international protocols on gender equality. It seeks to build the capacity of lawmakers and government officials on the importance of increasing womenâ€™s representation in the legislature and all aspects of public service. The goal is to also ensure that programs aimed at empowering women and girls are included in the national budget.

In 2005, Liberia made a landmark history by choosing Ellen Johnson Sirleaf as the first woman to be democratically elected as president in Africa.

However, female representation in Sirleafâ€™s administration was underwhelming. Before the close of her last term, only 3 of the 19 cabinet positions in Sirleafâ€™s government were occupied by women. Two out of five members of the Supreme Court were females while women only occupied 3 seats in the Senate of 30 and 9 seats in the House of Representatives of 73.

These results show that Liberia was not complying with international protocols it has signed on gender equality, including the Beijing Platform for Action, the Convention on the Elimination of all forms of Discrimination Against Women, and the African Charter on Human and Peopleâ€™s Rights.

During the last general and presidential elections, the U.N. supported several institutions to implement projects aimed at increasing female participation in government, including the Coalition of Political Party Women of Liberia, the Liberia Women Media Action Committee, and the Female Journalists Association of Liberia.

As a result, 162 of 1,054 registered candidates were females, thus accounting for 16 percent of the total candidates.Â  However, only nine women were elected in the House of Representatives, including five incumbents. Jewel Howard Taylor, one of the few women who served in the Senate was also elected as vice president, and her vacant seat was eventually won by a man.

The Inter-Parliamentary Union currently ranks Liberia 162 of 193 countries on womenâ€™s representation. Women now account for 10.7 percent of elected officials, far below the 30 percent representation required in the Beijing Platform for Action, which was adopted in 1995.

At the same time, only three women, representing 15.8 percent, are currently serving in cabinet positions. The Supreme Court bench seats the same two women out of five. In local government, women also occupy 20 percent of the county superintendent positions.

During the opening of the weeklong training at Farmington Hotel, River Cessâ€™ first district representative and the chair of the Women Legislative Caucus, Rep. Rosana Schaack told journalists that the interaction would help address issues affecting womenâ€™s representation in government.

She said, â€œWe have a few gender-related laws that were not passed in the 53rd [Legislature] that weâ€™re hoping to bring back on the floor to be passed in the 54th, but then, with gender-responsive budgeting [and] gender mainstreaming, we want it not to be just on the books, but that our people see the practical impact in their lives as we will be able to now better discuss with our colleagues and be able to bring more men to join the cause of the womenâ€™s caucus.â€ She, however, expressed sadness over the poor turnout of lawmakers on the first day of the training and disclosed that she is planning a retreat to disclose an action plan that would see the start of a new He4She campaign to have men becoming champions for the cause of women and vulnerable members of society.

â€œBut we will make use so that we will be the one to go back and champion the cause,â€ she noted. Wiah, who heads the House Committee on Gender Equity attributed Liberiaâ€™s low rate of womenâ€™s participation in decision making to the low economic empowerment of women.

She said limited access to resources remains a major challenge for women, amid other factors that include late entry into the political system, low education, a lack of a supportive legal framework, and entrenched cultural and traditional practices.

â€œPresently, the leadership of the government is male dominant, and with that, the males are always able to contest, to fight us we the women to beat us,â€ she said. â€œSo, the best we can do first is to continue to talk to the government to bring more women in leadership so as to empower us to contest so that more women will come in the house and help make decisions forgender-sensitive issues.â€

â€œWhen you are in position, of course, economically, you will be strong,â€ she added.

Wiah said if women are given jobs like men, they can be able to do more in their communities to win the mandate of their people during elections.

She called on the government to pay more attention to women, noting that there are more women who are similarly qualified like their male counterparts to compete for the same jobs men are doing.

Liberia elections law provides for political parties and coalitions submitting candidates for an election to â€œendeavorâ€ to ensure that no fewer than 30 percent of candidates are from each gender. However, no political party â€“ including Sirleafâ€™s Unity Party â€“ met the gender requirement in the last general elections. The National Elections Commission said it would not penalize the parties.

Personally, the Lofa lawmaker explained that getting to the legislature was with the help of her family through which she got the economic capacity to do more work with her people who then saw her potential to lead.

â€œThe economic side is there, and also, your interaction with your people is there. So, you canâ€™t just come and get money, you interact with the people. So, the two matter, but first, the economic [side],â€ she further disclosed.

She said the current low number of women serving in the legislature also remains a challenge to making decisions that would positively affect women, noting that the legislatureâ€™s work is based on votes and numbers.

â€œWhere we have an issue and we have to vote on it, the women â€“ we’re just 9 out of 73,â€ she added, noting that male lawmakers often overrule the women on issues where they are pushing for gender equity.

For example, Wiah said if there were more women in the House of Representatives, the domestic violence bill would have been passed.

A male lawmaker attending, Francis Dopoh, said it is not simply important to increase the number of women serving in the legislature. He said it is necessary that those women are qualified.

â€œBeing a man does not mean that Iâ€™m not concerned about womenâ€™s activities. That is the reason why a very low number of women in the house will have to work with the majority of men to get the work done,â€ he said.

â€œWe believe that understanding gender mainstreaming into activities in all sectors of our society is important. Two, making sure that when we are doing the budget process, those issues that capture womenâ€™s activities are strongly itemized,â€ Dopoh added.

The previous session of the training which took place in July focused on gender and the convention for the eliminations of all forms of discriminations against women also known as was held Buchanan, Grand Bassa. At the completion of the first training, 23 individuals including 10 legislators were presented certificates.