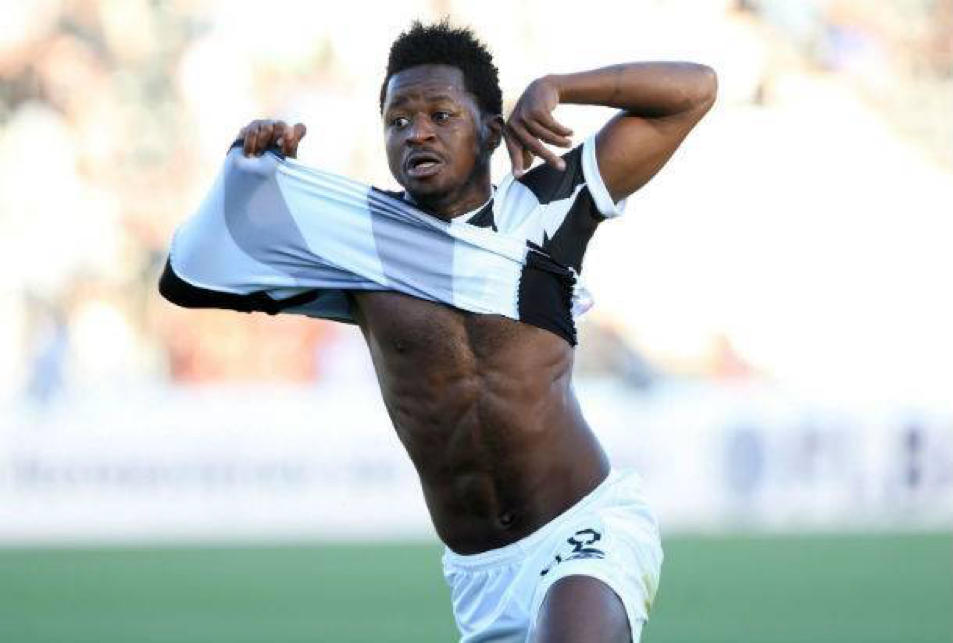 Clubs around the world are wrapping up their last games of the year for the winter break, a time when managers and players take time off football. However, it will be a busy time for many Liberian footballers, many of whom are still without clubs.

Many Liberian players, already playing in the low profile Asian leagues, have seen their contracts terminated or not renewed. The unfortunate situation has fallen on the likes of Sekou Jabateh Oliseh, Dioh Williams and Amadiaya Rennie.

Below is the first list of top Liberian players that are without clubs: The skillful winger was the talk of the nation in 2009 when he was discovered playing for Russian Premier League club, CSKA Moscow. Back then, Liberians hadnâ€™t seen their fellow citizen play European football since the days of George Weah. However, after moving around to several different teams, Oliseh joined Chinese First Division club Dalian Yifang for the second phase of the 2016 season before becoming a free agent. Since the end of 2016, Oliseh, who was once tipped to be the next George Weah or James Debbah, remained on the sidelines for the entire 2016-17 season and has yet to find a club as the 2017-18 season is nearing the second phase. Just before the start of the 2016-17 football season, the name Amadaiya Rennie was the most talked about on the lips of Liberians after the former Mighty Barrolle winger completed a move to Turkish topflight club, Antalyaspor. The Liberian international winger signed a two-year deal to become a teammate to one of Africaâ€™s greatest player, Samuel Etoâ€™o of Cameroon. However, Rennie was unused for most of the season and he was released. Since then, he has not found a home as the 2017-18 season continues. While Solomon Grimes has never played in a top European league, the 30-year-old defender has always been a regular on the national team. After years spent playing for four different clubs in Greece and Cyprus, Grimesâ€™ contract with Cypriot first division club Nea Salamis ended after the 2015-16 season and the club declined a renewal. The right-back defender is yet to land a club as his place in the national team has also been taken away. In 2016, Seku Conneh took Liberians by surprise when he left the second tier of Dutch football to join newly established American third tier team, Bethlehem Steel, on a two-year deal. He helped the team reach the conference quarterfinals but with his two-year contract expiring, the former Fortuna Sittard striker will be in a hunt for a new club in the 2018 January winter transfer. Nicknamed â€œCesta Baweco,â€ the 31-year-old striker played most of his professional soccer career in Sweden. Dioh Williams joined the second tier Swedish team Gefle IF in 2014 and played for two seasons with the club until it got relegated from the top flight of Swedish football in 2016. Since his departure, the Lone Star attackerâ€™s search for a new club continues as heâ€™s yet to find a new home. Patrick Wleh made a name for himself on July 24, 2015 when he scored an incredible goal for the Malaysia XI team against English premier league giant, Liverpool FC. While his goal against Liverpool did not take him to a bigger football stage, the Liberian continued his professional football in Malaysia, playing with Malaysiaâ€™s top clubs, Selangor FA and PKNS FC. After underperforming, his contract with PKNS ran out at the end of the 2017 season and Wleh became a free agent for the first time since he left Liberia in 2012. Francis Forkey Doe moved to Malaysia in 2012 after seven years of playing in Cameroon, Greece, the U.S., and Egypt. In 2015, he became the first Liberian player to win two golden boots in two separate leagues within a country. After several years of brilliant displays on the pitch in Malaysia, Doeâ€™s 2017 season was marked with controversies and poor form. He was jailed and fined for driving a vehicle with a fake license plate. On the pitch, he couldnâ€™t rediscover his goal scoring form as he could only manage to score eight times in 18 Malaysian Super League appearances. Just a year ago, central defender Dirkir Glay completed a move to the top Indonesian league after ending four years in Kenya. Glayâ€™s debut season in Indonesian football didnâ€™t go unnoticed as he was the target of many prominent Indonesian clubs. Despite his solid performance in defense, Glay, who was once sought by most Indonesian teams, was shown the exit door as his contract got terminated by Persiba Balikpapan. He remained on the sideline for the remaining of the 2017 season. Currently, the Lone Star defender is on a hunt for a new club ahead of the 2018 season. Eric Weeksâ€™ football career has landed him in four different countries: Cameroon, Equatorial Guinea, Indonesia, and Malaysia. After the end of the 2016 season, Weeks joined Persib Bandung ahead of the 2017 Indonesia President Cup. He played just a handful of games as he was reduced to the substitute bench until the clubâ€™s exit from the competition. The Presidentâ€™s Cup had ended and the club started to bring in new players for the 2017 Indonesia Super League. Among the arrivals were former Chelsea, Real Madrid and AC Milan midfielder, Michael Essien of Ghana; and former Chelsea, West Ham, and England striker, Carlton Cole. With the arrival of the big names, there was no place in the team for Eric Weeks whose contract wasnâ€™t extended after the Presidentâ€™s Cup. Weeks failed to find a new club as he became a free agent. After more than a decade playing football in Liberia, Marcus Macauley, commonly called â€œMasterâ€ signed his first international contract in 2015 with Jordanian club Al-Ahli. He joined the club before the second phase of the league and made a quick impact as he helped them leave the bottom of the table to a third place finish. The following season, Macauley won the 2015-16 Jordan Cup with Al-Ahli. Despite his fine form with the Jordanian club, Al Ahli declined to renew his contract. He was unable to find a new club before the start of the 2017-18 season as he became a free agent player. Unlike his compatriots who had spent more time playing abroad before running out of contract, the former LISCR midfielder had just two years before his current situation. Nobody ever thought that the Edward Junior Wilson would be a free agent player in 2017 with his great achievement in the Indonesian and Malaysian football. He won the 2009-10 Indonesia Premier League golden boot with 20 goals. Then he moved the Malaysia Premier League club Felda United and won the premier league golden boot award in his debut season. When he failed to repeat his form in the 2015 and 2016 seasons, Wilson was dismissed by the club at the end of the 2016 Malaysia Super Leagueâ€™s first phase. He returned to Indonesia and joined Persipura Jayapura to help them become champions of the 2016 Indonesia Soccer Championship. That did not help his chances as he ended without a club. The two-time golden boot winner has been without a club since the start of 2017 and is no doubt in search of a club ahead of the 2018 season.

Liberia, which used to have players in the top tier of Greece, Turkish, French, and Italian football, can only boast of two players registered in two of Europeâ€™s top leagues. Ahead of the 2017-18 season, former Club Breweries attacker Sylvanus Nimely impressed in preseason and was named on the senior team of Russian Premier League champions, Spartak Moscow, however, he has since been unable to make an appearance as he has mostly been used by the feeder team that plays in the second tier of Russian football.

Behind Sylvanus Nimely is another Monrovia Club Breweries player, Murphy Oscar Dorley, who plays in the 43rd ranked European league, the Lithuinaian A Lyga for FK Trakai. Unlike Sylvanus Nimley who is yet to break into Spartakâ€™s first team, Dorley has been a key figure in FK Trakai since joining in July 2016.

The decrease in players with active international experience will likely affect the Liberia national team, which may struggle against opponents as the home-based players arenâ€™t enough to give the needed result against countries featuring experienced foreign-based players.