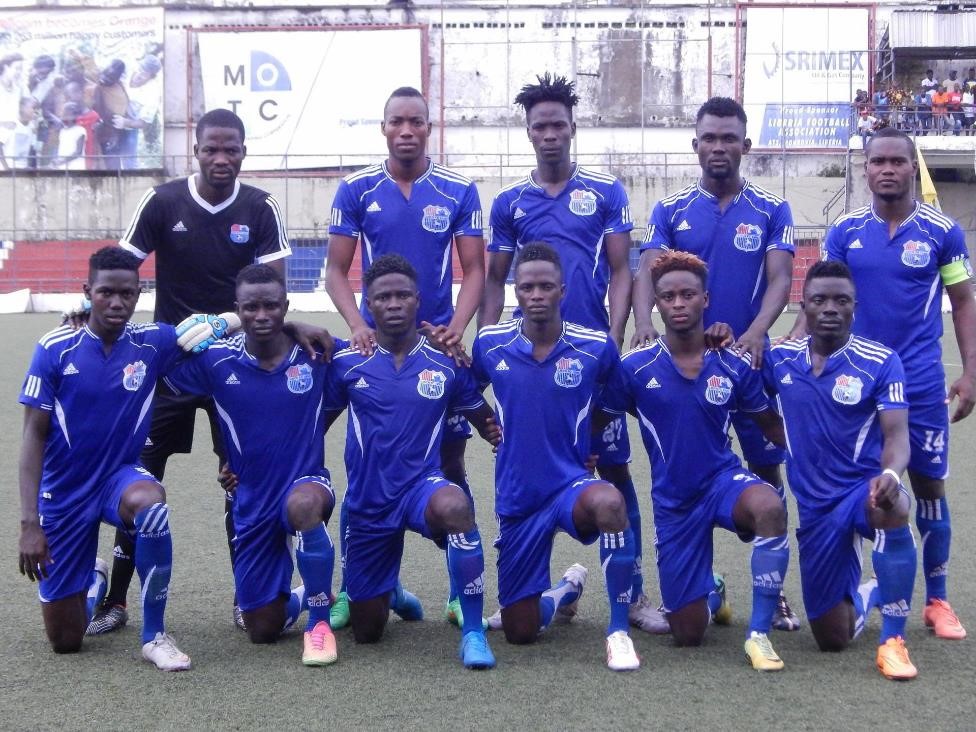 MONROVIA, Montserrado â€“ The first division league season has ended with the Gardnesville-based LISCR Football Club being crowned as champions on the final day of matches.

LISCR rose to the top of the league table after filing complaints against then league leaders FC Fassell for fielding ineligible players in four of their previous matches played. The Soccer Missionaries have deducted twelve points and eight goals by the Liberia Football Associationâ€™s Disciplinary Committee after being found guilty. The result dropped Fassell to fifth on the table as second placed LISCR moved up to first.

The Shipping Boys won the title after a 1-1 draw with Keitrace Football Club on Wednesday, August 9 at the Antoinette Tubman Stadium.

They won the league unbeaten in their 22 matches played throughout the league season, becoming the first Liberian club in the history of the national league to do so. The Gardnesville club won 10 and drew 12 of their games. They won the league with 42 points, three points ahead of second placed Barrack Young Controllers.

LISCR had the chance of winning the league before the final game of the season. A win against Invincible Eleven in the penultimate match could have seen them being crowned champions, but LISCR missed out after a disappointing 1-1 draw.

The result left the title open to both LISCR and second placed BYC, which got a 2-1 win over Jubilee.Â  A win for the Go Blue Boys and a defeat for LISCR against Keitrace would have seen them win the league in a dramatic fashion.

However, LISCR ensured they kept their unbeaten league run as they held Keitrace to a 1-1 draw, while BYC frustratingly played to a goalless draw against the Oil Boys at the Blue Field.

The Shipping Boys might have claimed the league title but they were given the run for their title by Keitrace that took the lead. Keitrace opened the scoring in the 40th minute via Amadiah Kawah who is believed to be the number one transfer target of LISCR when the Liberian football transfer window opens. Kawah scored with a lovely finish from within the six-yard box after LISCRâ€™s goalkeeper, Prince Wlame, allowed a ball to get past him from the right side.

Keitraceâ€™s lead over LICSR FC brought some smiles to BYC that was still playing goalless against LPRC Oilers at the Blue Field. The result was going Keitraceâ€™s way in the first half until LISCR got the score leveled in stoppage time.

With a goal apiece, both sides returned from the break with nothing much to play for as the result was a fair one. A draw would make LISCR champions, while Keitrace had nothing to lose as they were saved from the relegation zone.

Both sides played an entertaining game in the second half as fans saw perfect ball coordination in the final minutes of the match. Neither side could score again until the end of the 90 minutes as LISCR became champions.

The championship gave LISCR the slot to represent Liberia in the 2018 CAF Champions League that will begin next year February.

The Shipping Boys will be participating in the competition for the third time since they were founded in 1995. The club played in the 2012 and 2013 where they failed to cross the preliminary round.

Meanwhile, the title becomes their first title in the first division since the dissolution of the Liberia Premier League in 2012.