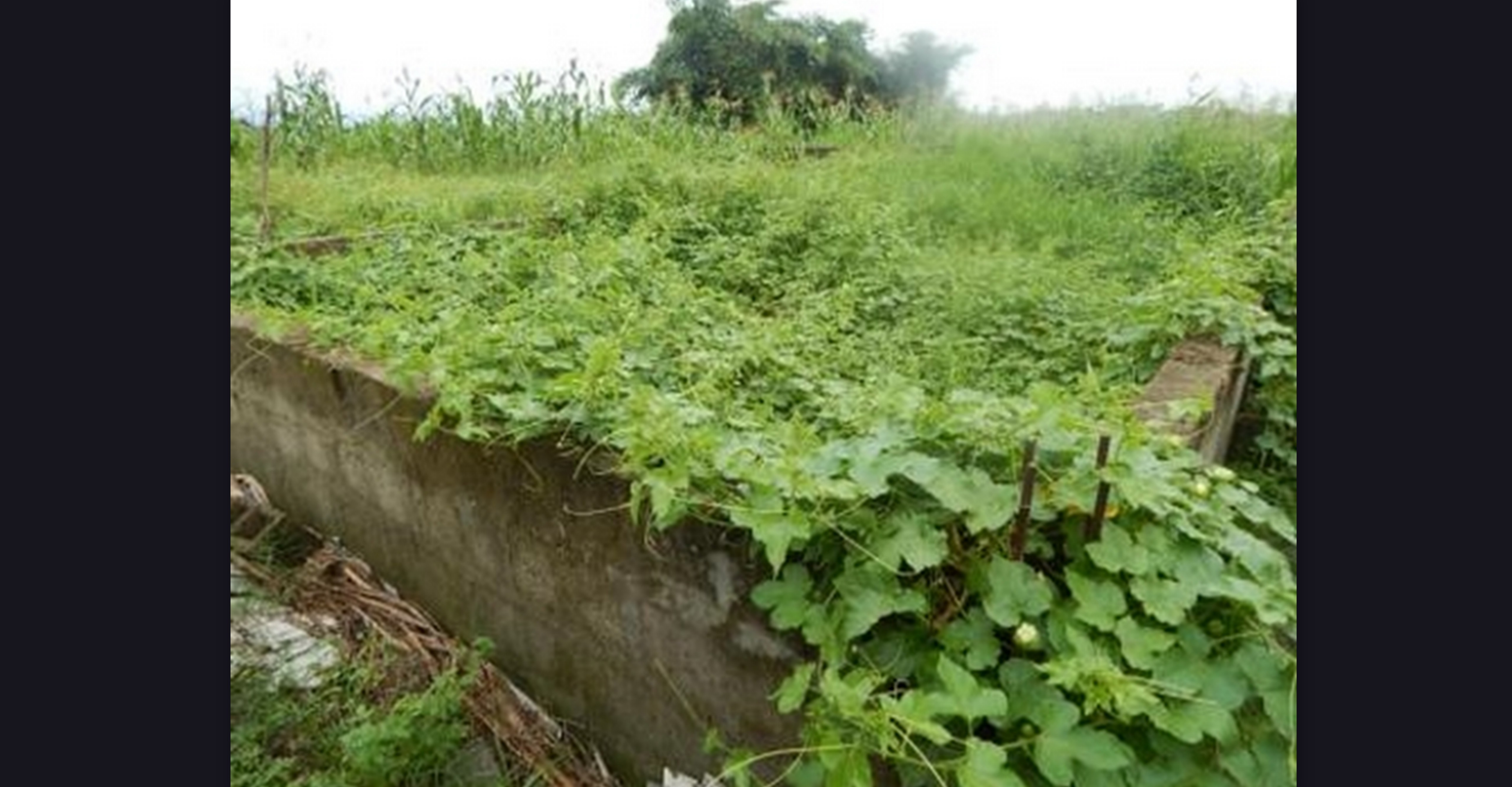 UNIFICATION CITY, Margibi – The construction of a town hall in Unification City, near Roberts International Airport, is far from complete, nearly five years after the project started.

In 2010, citizens of Margibi agreed in a resolution at a county sitting to construct a town hall in Unification Town, prior to it being incorporated as a city in the same year. The county allocated money for the project from its development fund, but the site remains covered with grass despite calls from citizens to have it completed.

The project was estimated to be over US$54,000 and the private contractor received half of the payment prior to starting the construction. Once work began, the project was halted by the Project Management Committee, headed by the current Mboo Statutory District Superintendent, Henric Marcus Speare. Speare claims that the size of the project did not represent the town’s population as well as the financial value attached. In a meeting with citizens of the town, County Superintendent John Buway, accepted a request for expansion of the project. The building would have an additional 40 feet added in both the south and west directions. Buway also recommended that a new location be provided to accommodate the increase. the relocation would prevent the new building from being located too close to the motor road. Emmanuel Fatumay, the mayor of the city, agreed with the recommendation to relocate. At present, the project continues to lie in ruins with no physical effort from the county administrations to have it resumed. The representative of the 2nd District, Ballah Zayzay, has consistently blamed Speare as head of the PMC for delaying the construction.

“Marcus Speare is the cause for the Unification City town hall construction to be like that,” he said at a recent gathering of citizens and county officials in Cotton Tree.

Speare has denied claims that he is responsible for the delays in the construction of the town hall. He told The Bush Chicken that the decision to increase the size of the project was in the best interest of the town. He also said the county administration accepted the decision proposed by the citizens through him in a resolution at a citizens’ meeting in the town.

The office of the County Superintendent, which handles executing projects in the county, has refused to state when the project will resume. In a recent interview, Buway told journalists that additional sources of funding were needed to cover the proposed expansion. Buway said the allotment made to the town hall construction was insufficient to cover its full implementation.

“Getting money to the county from central government was a bit difficult on grounds that there were too many [other] national priorities,” said Buway.

Buway also linked the delay to Fatumay’s refusal to identify a new site for the town hall construction. However, Fatumay has denied the allegation and said he informed the superintendent that Roberts International Airport’s management agreed to carry on the expansion at the site where the hall was to be erected.

Abraham Konneh, a resident of Unification City, expressed disappointment at officials for not doing much in the interest of their constituents. “Most officials are concerned only with their personal interests and not for the good of the masses,” he said.

Konneh was more critical of the Zayzay for what he says is a careless approach to the plight of his people.

“What a pity that our lawmaker’s home is directly across from the construction site of the town hall, and yet he’s doing nothing to enforce its construction,” Konneh said.