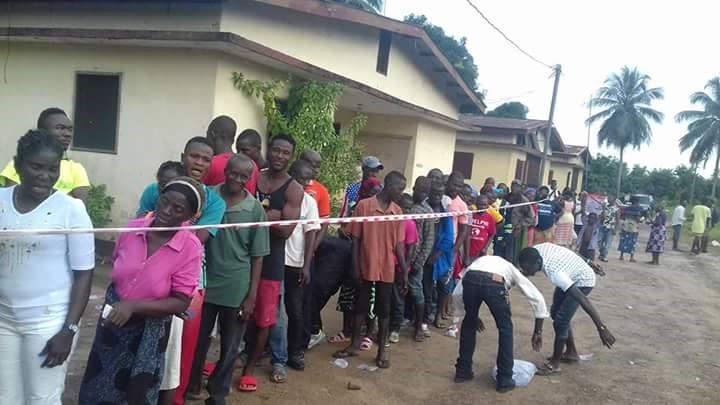 HARBEL, Margibi â€“ Election results released by the National Elections Commission puts the opposition Coalition for Democratic Change of Sen. George Weah ahead of Unity Party, marking the first general election loss for the ruling party in Margibi since 1997.

Unity Party has won the majority of votes from the county since the 2005 elections that brought president Ellen Johnson Sirleaf to power.

Prior to the October 10, 2017 polls, many Liberians had believed that the ruling party would have easily won Margibi, given that Boakai picked one of the countyâ€™s powerful sons, James Emmanuel Nuquay, as his running mate.

Though Nuquayâ€™s selection was initially applauded by Margibians, his selection is now being blamed for costing Unity Party Margibi. The speaker appears to not have been as popular as previously thought.

In fact, three of Nuquayâ€™s immediate associates in Margibi, Rep. Roland Opee Cooper, Rep. Ballah Zayzay, and Rep. Stephen Kafi, were all voted out of the legislature. This was a major blow to the party and the speaker, who declined to run again as a representative candidate in Margibiâ€™s fifth district.

In fact, the only representative who retained his seat was Ben Fofana, a Unity Party candidate with whom Nuquay had publicly feuded.

The Bush Chicken has learned from a reliable source within the Unity Party campaign team in Margibi that Nuquay has summoned party executives to give reasons why the party failed to attain the majority of votes in the county.

If Unity Party fails to win the 2017 presidential election, Nuquayâ€™s political ambition will certainly be shackled. He has already lost his representative seat and will likely have no say in a CDC government.