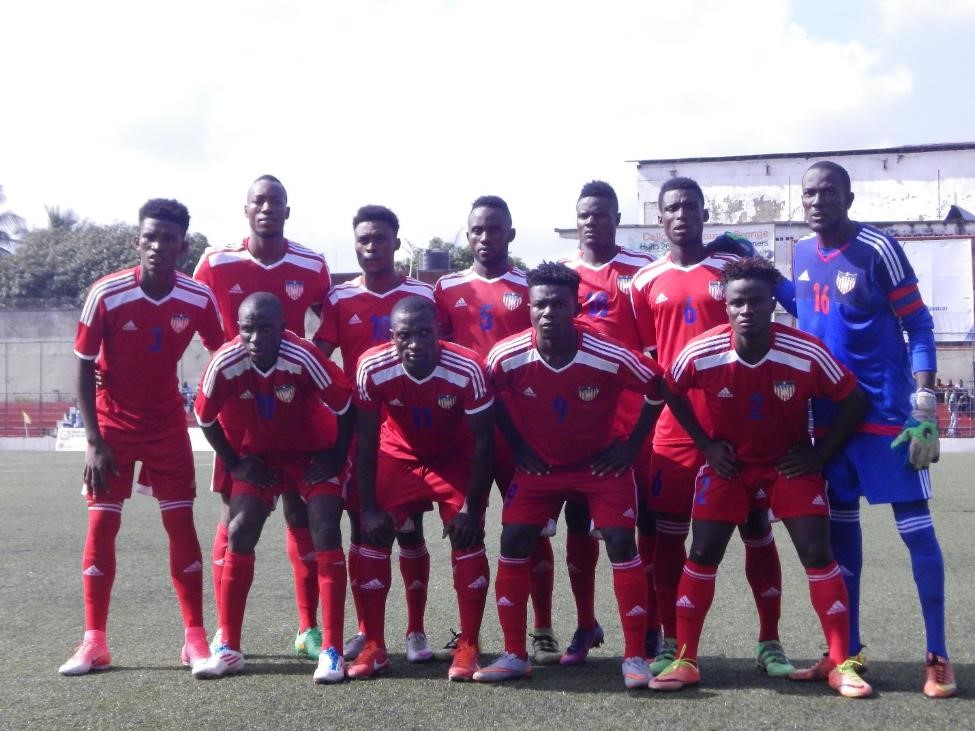 The national football teamâ€™s poor form at the continental stage continued over the weekend with an embarrassing defeat at home to their West African counterpart, Mauritania.

Lone Star suffered its second consecutive defeat within less two months after bowing to Mauritania 2-0 in the first-round qualifiers of the CHAN competition at the Antoinette Tubman Stadium on Sunday, July 16.

Following the 3-0 defeat away at Zimbabwe on June 11, the team returned home two days later, and there was plenty of time left to have the team prepared for the match against Mauritania.

Unlike the African Cup of Nations qualifiers where the technical staff had to wait for the arrival of foreign-based players before executing the match day plan, coaches had more time to prepare for the CHAN qualifiers as it only allows home-based players to participate.

With the national league ongoing, it was the best opportunity for the technical staff to select players and begin early preparation, but it was surprising for football followers to see their national team beginning training just two weeks ahead of the match at home. Not only did they start training late, but they also failed to have the team on camp early enough to allow players to have a full concentration on the game.

Up until Saturday, June 15, players were still roaming the streets of Monrovia despite having a crucial game in less than 24 hours. It was only during the evening hours on Saturday when players were called to camp at the Executive Lodge in Paynesville.

According to a source from the Liberia Football Association, Lone Starâ€™s preparation for the match with Mauritania was delayed because the Ministry of Youth and Sports failed to provide funding on time despite submitting their budget.

In defense of the ministry on UNMIL Radioâ€™s Monday sports program, Deputy Minister Henry B. Yonton said the delay in releasing funding from the ministry was due to the LFA sending in their budget late and the ministry had to solicit funding outside its regular budget to provide for the national team.

Liberians put behind them the poor build-up to the match as they turned out at the Antoinette Tubman Stadium with the hope of seeing their darling Lone Star getting a win. However, Liberia was punished for their late preparation with two goals in each half by Mauritania, which now stands a better chance of advancing to the next round ahead of the return leg in Nouakchott.

Things would have gotten better in the opening minutes of the match after Lone Star began the match as the better side. Some perfect coordinating passes in the early minutes saw Lone Star having the first attempt of the day. LISCRâ€™s striker Christopher Jackson missed a clear chance of putting Liberia ahead in the third minute with his effort going away just inches off the goal.

The early miss sent shockwaves to the visitors as they soon put themselves together to make the match a competitive one.

After nearly falling behind, the Mauritanian showed they were in Liberia for a serious business as they begin to dominate the match. The visitors took total control of the midfield area and began to make some efforts in getting the opener. It took them up 35 minutes before breaking the deadlock after some defensive errors and poor goalkeeping from LISCRâ€™s shot stopper, Tommy Songo.

Mauritania got the curtain raiser through 19-year-old defensive midfielder Yali Dellahi. Outplayed by their opponents, Lone Star failed to level the score in the remaining ten minutes of the first half as they went into the break with a goal down. Back from the break, head coach James Debbah introduced FC Fassell’s winger, Terrance Tisdell, to speed up Lone Star’s attack. The decision to bring on Tisdell looked to have an effect in the early minutes of the second half, as Fassell’s winger soon started to drive into Mauritania’s defense.

But just like the start of the first half, Liberiaâ€™s early domination ceased, and the visitors continued their dominance again. Their hard work in the second half earned them their second goal in the 61st minute following several attempts early on. Boubacar Bagili scored a spectacular free kick from the edge of the penalty box to make things difficult for Liberia.

Down by two goals, there were still hopes by coach James Debbah who brought on Nimba United forward Mustapha Lomell to increase his attacking force. The forceful Lomell brought in some light for Liberia as he quickly began to put pressure on the Mauritania defense. His introduction finally gave fans something to be happy about in the 80th minute when he won a penalty. It was a golden moment that all Liberians were hoping for, and got wasted by Barrack Young Controllerâ€™s midfielder David Tweh. Twehâ€™s right foot shot at the bottom left corner of the goal was saved by Mauritaniaâ€™s goalkeeper, Brahim Souleymane. The stubborn Mauritania defense kept the Lone Star out of their danger zone for the remaining minutes of the match as they walked away with all three points with a clean sheet away from home.

The defeat puts Liberia in a very difficult situation ahead of the return leg in a week. The Lone Star that conceded two goals and was unable to score at home must keep a clean sheet away and score three goals if they are to reach the next stage of the qualifiers.