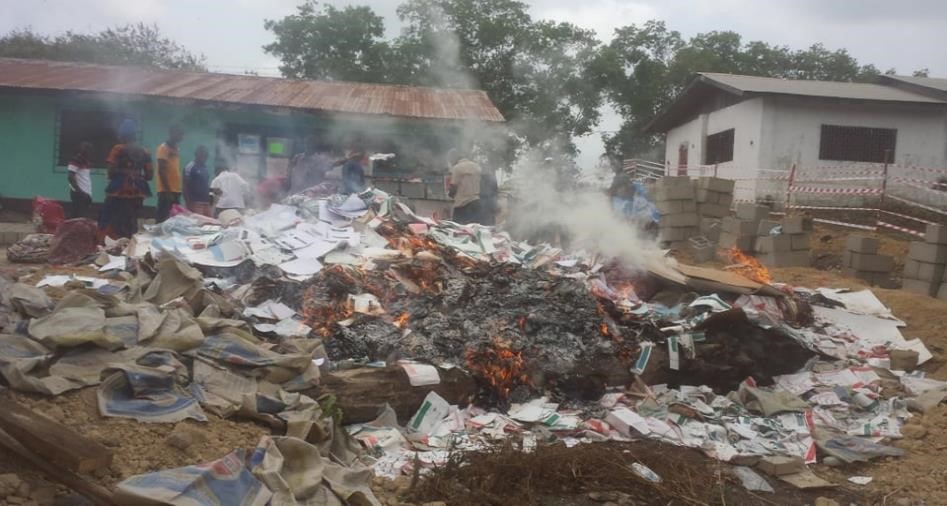 SANNIQUELLIE, Nimba â€“ In accordance with the New Elections Law, the Upper Nimba Magistrate of the National Elections Commission, began destroying sensitive and non-sensitive materials used during the 2017 presidential and legislative elections.

The materials were set ablaze before election staff, special invitees, and onlookers on Saturday, March 7.

The law requires that â€œthe commission shall preserve all writs issued for elections, all ballots cast and registered voters made in elections until the validity of such election is affirmed, and its results can no longer be disputed. The ballot paper may then be burned.â€

Narrating the overview legal framework of the exercise, the assistant elections magistrate in Upper Nimba, Milton G. Paye, said the destruction of the materials is a long tradition of NEC. Paye said there was a delay in burning the 2017 election materials due to the number of disputes arising from the election at both the presidential and legislative levels. After all complaints and court cases were resolved, a separate in-house investigation was launched because accusing fingers were being pointed at some NEC staff, which required ballot papers to still be kept for further references.

He said now that all disputes have been resolved by NEC and the courts, the materials can be destroyed.

While the destruction of the materials conforms to election laws, it also creates space for NEC to store new election materials and inventories that will be used in the pending special senatorial elections.

Paye said despite the burning of materials, NEC still does maintain an archive.

â€œWe have the election results in the archives and if you check it, you will know who won the elections from 1847 till now. And so it does not require the reading of the ballot papers, otherwise, the whole of Sanniquellie would be filled with previous years elections ballot papers,â€ Paye explained. 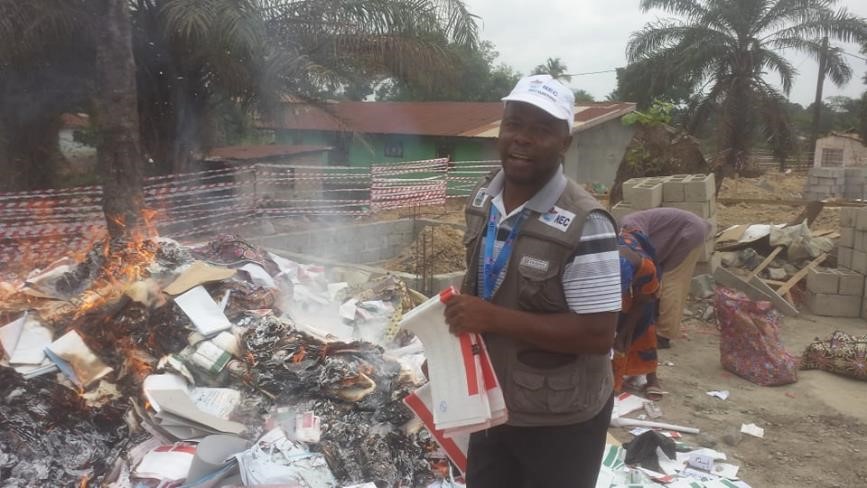 Paye hailed the guests who turned out to witnessed the burning of the materials, saying the NEC cannot function without the cooperation of key partners and the general public. In attendance were representatives from the Liberia National Police, the media, civil society, and faith-based organizations, as well as the Chiefs and Elders Council of Nimba. No political parties were present at the burning ceremony, although many had been invited, according to Paye.