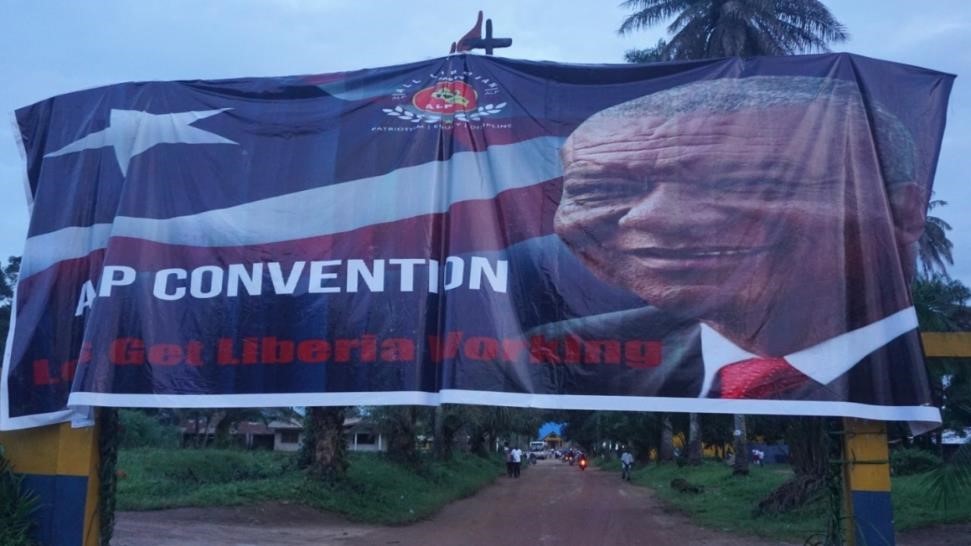 GOMPA, Nimba â€“ With only one-week extension for the final registration of political candidates announced by the National Election Commission remaining, the All Liberian Party has named its Standard Bearer and vice Standard Bearer.

Benoni Urey was elected on a white ballot by the party at its national convention held in Ganta on July 8, 2017. The businessman-turned-politician told partisans attending the convention that he was overwhelmed by their confidence in him.

â€œI want to use this opportunity to thank all of you for bestowing upon me the confidence to be the standard bearer of your party,â€ Urey told cheering supporters in his acceptance speech at the convention held in the Ganta United Methodist Gymnasium.

â€œYou will forever remain in my heart, and I will forever be grateful to you the partisans. I must publicly declare that I do accept the responsibility to serve as the standard bearer of the party.â€

Urey called on all supporters to shoulder together the responsibility that the party would have as they move into the campaign period that is expected to kick-off on July 31st. He called on supporters from the 15 political subdivisions of Liberia to â€œlet bygones be bygones as we prepare to take over the Executive Branch of government in January 2018.â€

The convention of the All Liberian Party in Ganta over the weekend coincided with the endorsement ceremony of Vice President Joseph Boakai, held at the Ganta Sports Field on Saturday.

Both political parties held separate events in the city, leaving citizens with the option to choose which one to attend. Urey arrived at about 7:00 p.m. and was seen waving to the crowd from the door of his vehicle. There was a 15 minutes traffic jam experienced in the city as a result of the huge convoy brought in by Urey and his supporters, as well as by the presence of supporters of Unity Party who were already gathered in large numbers along the streets, leaving the few available traffic police in Ganta with a difficult task.

With no time to waste, Urey immediately named Alexander Doupu as his running mate on the partyâ€™s ticket in the upcoming October 10 election.

â€œThis ticket, in my mind, represents the best possible chance for Liberia,â€ he said about his choice.

The newly selected vice standard bearer of the All Liberian Party, Doupu, has welcomed his appointment as running mate to Urey. In his acceptance speech, Doupu said he was willing to be part of the ALPâ€™s ticket that intends to break the barrier of â€œclass system and Congo and native politics.â€

Urey, during the ALP convention, also informed partisans that he was displeased with the constant violation of the Code of Conduct.

The Code of Conduct prohibits use â€œgovernment facilities, equipment, or resources in support of partisan or political activities.â€

Urey said he was calling on both the president, Ellen Johnson Sirleaf and the international community to intervene in the alleged ongoing violation of the National Code of Conduct that was being enforced by NEC.