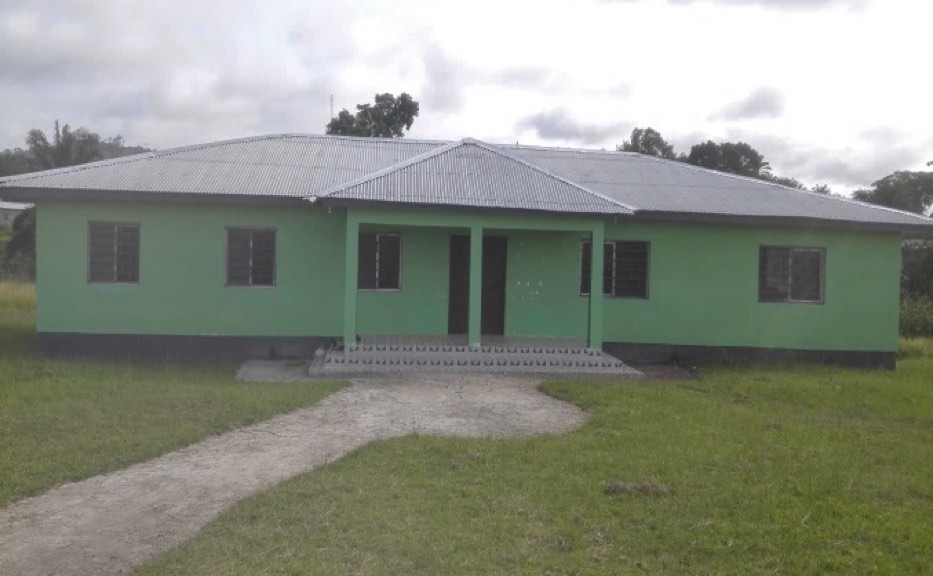 KARNPLAY, Nimba â€“ A commissionerâ€™s compound in Gbehley-Geh Statutory District earmarked by Sen. Thomas Grupee during the 2016/2017 budget year has been completed.

The project, which was requested by the elders of the district, is expected to now host the activities of members of the National Council of Chiefs and Elders in Liberia residing in district.

Observing the official dedication of the project on Saturday, May 26, 2018, the chiefs and elders told reporters in Karnplay that the construction of the building has brought them pride.

Speaking in an interview with journalist on behalf of the chiefs, D. Bartoa Bartuah thanked Grupee for including the project within his list of earmarked items.

â€œWe know that government does not have the capacity to pay us, but if we have a good place to rest, we will be very happy,â€ Bartuah said. â€œWe want to tell Sen. Grupee thank you plenty for thinking about us in Gbehlay-Geh Statutory District.â€

The US$44,000 construction was financed from the US$228,000 allotted to each senator for developmental purpose during the 2016-2017 budget period as part of the Legislative Support Project initiative. A US$144,000 public school facility in Glahn Town in Gbi and Doru Administrative District that was earmarked by Grupee during that same year was also recently completed. With the building now completed and ready for use, the chiefs are now calling Grupee to make available furniture for the offices and caretakers who will maintain the facility. They are also requesting the National Council of Chiefs and Elders of Liberia to allocate budget to support their operations.

â€˜â€™We are old and cannot scrub the floor or brush the grass in the yard, so we want Sen. Grupee to talk with the National Council of Chiefs and Elders in Liberia to allocate funding that will enable us to pay somebody to help us keep this building clean,â€ they added.

The Legislative Support Projects were crafted by members of the House of Representatives to fast-track development in the counties, as County Development Funds were seen as overly bureaucratic and frequently mismanaged by county authorities.

The projects selected are supervised by the Liberia Agency for Community Empowerment which subcontracts local companies to complete the work.

Sharing
Tags Bartoa Bartuah, National Council of Chiefs and Elders of Liberia, Thomas Grupee
Contributions to The Bush Chicken are not tax deductible.