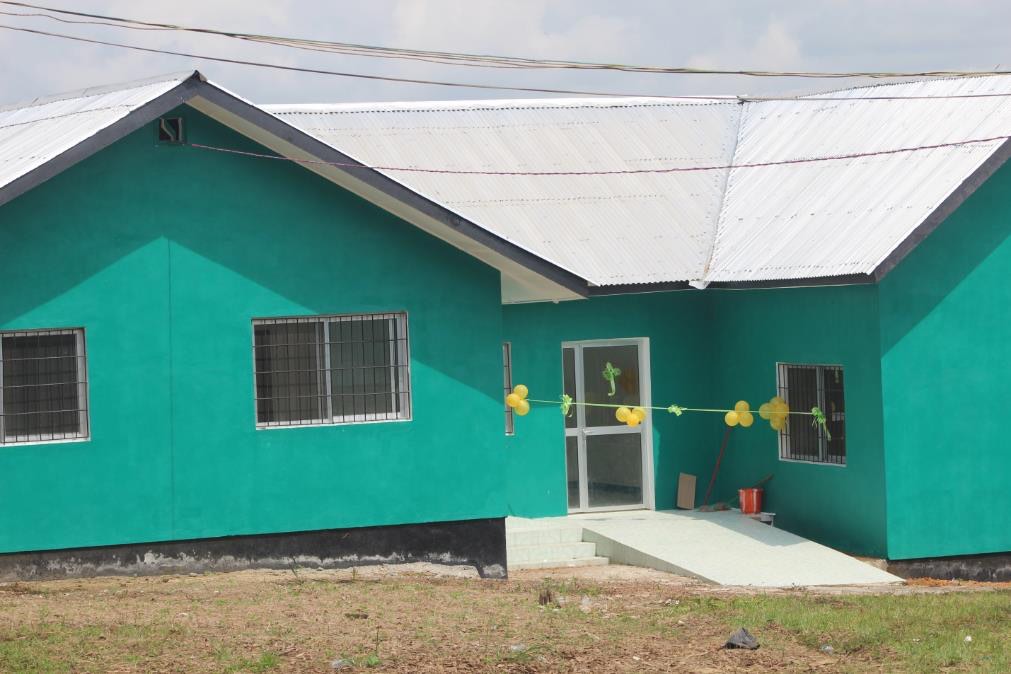 KAKATA, Margibi â€“ A US$65,500 wellness unit situated on the compound of the C. H. Rennie hospital in Margibi has been completed. Dedicated on June 16, the facility is meant to provide services to persons with mental illness in Margibi and Montserrado.

To increase inpatient capacity and decentralize access to mental health services provided across the country, the National Mental Health Policy developed by the government and its partners called for the establishment of at least one wellness unit at each county referral hospital across the country.

In 2012, there was only one such wellness unit. Located in Bongâ€™s Phebe Hospital, that mental health center catered to persons with mental, neurological, and substance abuse problems. Liberia has now made some progress in building wellness units in other counties including River Gee, Grand Krua, and Maryland.

During the dedication ceremony in Kakata, Dr. Janice Cooper, the country representative of the Carter Center Mental Health Program in Liberia, said she was excited that Margibi has joined other counties that already have wellness units. According to Cooper, the Carter Center has been trying to help support mental health issues in Margibi and Montserrado.

She said the National Oil Company of Liberia provided the funds while the Liberian Center for Outcomes Research in Mental Health executed the project.

â€œWe are glad that there are enough mental health clinicians and addiction specialists at the C. H. Rennie hospital to start providing services at the wellness unit,â€ Cooper added.

Joyce D. Sherman, Liberiaâ€™s assistant minister for preventive services at the Ministry of Health, has been vocally supportive of mental health services since she was appointed. She said mental health is becoming such a big problem in the country, which according to her, is more than other category of illnesses.

â€œI am very glad that mental health is beginning to be de-stigmatized,â€ she said. â€œMargibi is one of several counties in Liberia that is very supportive of mental health services.â€ Sherman said the government would try to motivate the mental health clinicians to ensure their effectiveness.

â€œI am glad that we have quite a few trained clinicians and hoping that the government can maintain and retain them at their various assigned facility,â€ she added.

Sharon George, who represented NOCAL at the ceremony, praised all other partners for their commitment to the project and to addressing the countryâ€™s challenging mental health predicament.

â€œNOCAL is very proud to support the government and mental health services in the country,â€ George said.

As someone who experienced depression in the past, George noted that with proper treatment, individuals suffering from mental disorder can regain their normal state of mind.

She praised clinicians for their patience in working to address mental health issues in the country. Over the past six years, Margibi has been making significant progress in building its ability to cater to mental health needs.

In August 2012, the Mental Health Gap Action Program in Margibi started with only one clinician and later increased to four in 2013.

In 2015, the unit at the C. H. Rennie hospital received one transferred clinician and an additional three, bringing the total number of mental health clinicians in the county to eight.

Between the periods of 2015-2016, 51 health workers were trained in the Mental Health Gap Action Program, which allowed them to integrate mental health services into primary health care.

Today, the county can boost of 22 mental health clinicians and 3 addiction specialists. In addition, Margibi currently has 26 health facilities in its 4 districts providing mental health services.