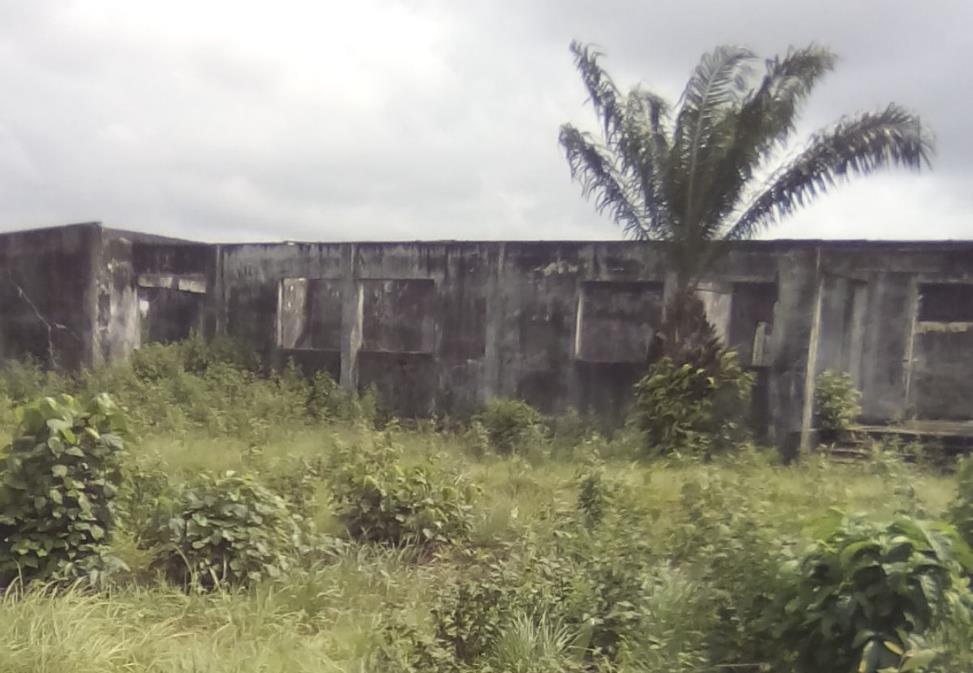 HARPER, Maryland â€“ Leaked documents and interviews with anonymous employees of a construction company have revealed that US$75,000 allocated for the renovation of the engineering building at the William V. S. Tubman University has vanished without any work on the structure.

The engineering building has been in ruins for several years and shows visible signs of abandonment.

The construction company GBECCO entered a contract with the university on July 9, 2015 to renovate the engineering building, based on documents leaked by anonymous members of Tubman Universityâ€™s faculty senate and verified by two employees of GBECCO, all of whom spoke to this news outlet only on the basis of anonymity for fear of repercussions.

In the signed contract, GBECCO was represented by General Manager Henryton G. Brewer, and the university by its former president, Elizabeth Davis-Russell. GBECCO was expected to receive an initial amount of US$37,500 and the remaining half was to be paid by the university â€œupon certification of completion of the contract implementation as required by the university.â€

Pictures of the engineering building taken on August 11, 2016, show the same abandoned structure with no visible signs of renovation. However, the full amount of US$75,000 was paid to GBECCO in 2015, according to an employee at the construction company.

Despite no work being done on the structure, the GBECCO employees said authorities of Tubman University failed to inquire from the company on the status of the renovation.

One employee alleged that Roland T. Barnes and Johnny C. Woods, two senior staff members at the university, demanded and received US$60,000 in bribes from the US$75,000 intended for the renovation.

â€œThis is why they are not asking the company about the status of the work,â€ the anonymous source said.

Barnes currently occupies the position of associate vice president for administration and campus operations, whereas Woods is the chief of staff for presidential affairs.

GBECCO employees disclosed that only three piles each of sand and crushed rocks were purchased by the company for the construction work with the remaining US$15,000.

â€œGBECCO is struggling to survive due to the huge amounts demanded by these staffs,â€ one source said. â€œEmployees of GBECCO did not receive a salary for the 2015 Christmas festivities because of the too many kickbacks demanded by those senior staffs.â€

The employee indicated that bribes demanded by Barnes and Woods have forced the company management to borrow funds to complete awarded projects, resulting in no profits from these contracts. The employee also said Brewer, the companyâ€™s general manager, has developed hypertension as a result of the pressure on him from Barnes for more bribes.

Despite not having completed the renovation, the GBECCO employees confirmed that the university entered into another contract with the company in June 2016 and made an initial payment of US$151,000, of which Barnes received US$20,000 as a bribe. The Bush Chicken has yet to obtain a copy of the recent contract, due to the logistics involved in sending it from Maryland.

This US$20,000 bribery was earlier reported on by The Bush Chicken. When asked about the bribe, Barnes confirmed receiving the money but claimed it was for purchasing land for the university. He however, did not provide any substantiation of his statements and Maryland County authorities denied knowledge of his claim.

Both Barnes and Woods have not responded to more recent inquiries regarding the US$60,000 in bribes they allegedly received from the US$75,000 contract.

Based on communications between Russell and former Finance Minister Amara Konneh, the amounts used on these projects are part of a larger US$1,778,975 approved the 2013/2014 budget for construction works at Tubman University on projects including a student dormitory, a water town, and the engineering building.