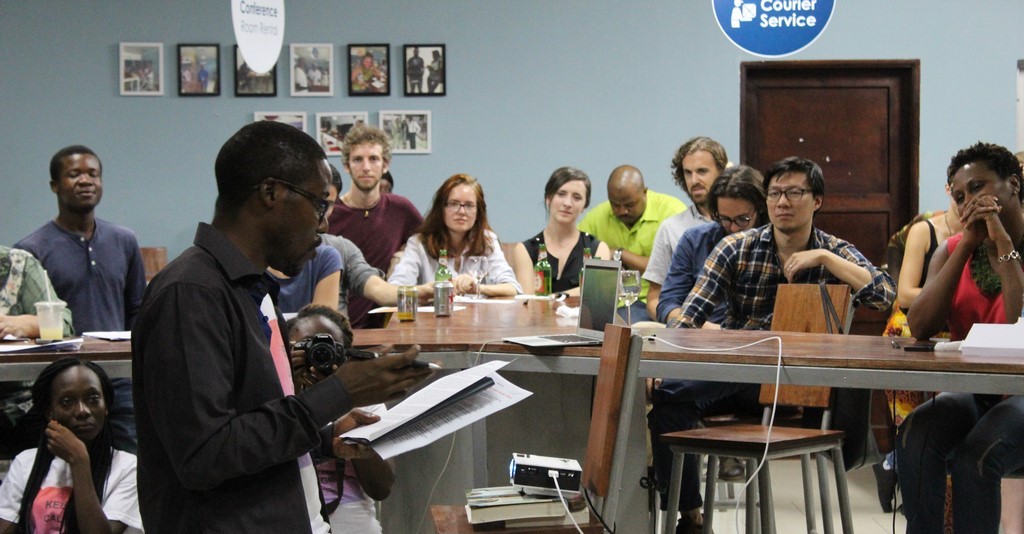 MONROVIA, Montserrado â€“ â€œWe have to stop telling women what to do with their pussy,â€ a youthful man shouted aloud in Peace CafÃ© one Friday evening. â€œItâ€™s your pussy!â€

Bursts of uncomfortable laughter ran through the small crowd at Sinkorâ€™s trendy cafÃ©. The young man was the Daily Observerâ€™s Bai Best, reading a monologue from the fifth annual showing of the Vagina Monologues play in Liberia.

Best, the only male actor in the play would go on to dish out advice such as â€œI certainly recommend eating pussy.â€

The stated goal of the play was to remove the shame associated with the vagina, â€œin an effort to improve sexual health and improve sexual satisfaction,â€ as organizer Salamartu Duncan explained.

In some way, removing the shame about the vagina and femininity was as much about making people feel comfortable saying the actual word as it was about making women feeling comfortable with their private parts.

The actors said the word many times. They uttered the many various names for the vagina, even using names commonly used within the Liberian context like â€˜tata,â€™ â€˜snail,â€™ and â€˜fish.â€™

Besides the slight modifications of the monologues to include such additions, the play felt out of place in Liberia. Some monologues were just not adapted for the Liberian context, such as a portion that mentioned African-Americans, Asian-Americans, and other hyphenated Americans.

But that seemed not to matter because the audience were mostly comprised of expats and aid workers, with Liberians constituting approximately no more than 10 percent of the audience, excluding the workers and actors. The actors themselves were not professional actors, and the informality of the performance made it feel like less of a play and more of a gathering of friends.

However, although there was much laughing and joking, organizer Duncan said she hoped people would take more from the play. Indeed, the reason for the play was to draw attention to the One Billion RisingÂ Campaign which seeks to bring awareness to the fact that â€œone in three girls will be sexually assaulted,â€ Duncan explained.

In a country like Liberia, where there is a high prevalence of sexual violence, that becomes even more important. Part of the problem, Duncan said, is that many young Liberian girls are not aware of what constitutes sexual assault.

In sessions that she has conducted at junior high schools, Duncan said she had to explain that any unwanted sexual contact or behavior is considered sexual assault. Unfortunately, she said, most young Liberian girls will not know about this because of the lack of comfort around discussing issues related to the vagina.

Duncan is not just drawing attention to the issue; she is also mobilizing volunteers to assist the Ministry of Gender. After the production had concluded, she made a call for volunteers to help follow cases. As the number of rape cases being reported has increased, she said cases often end up stuck and not prosecuted, for a variety of reasons.