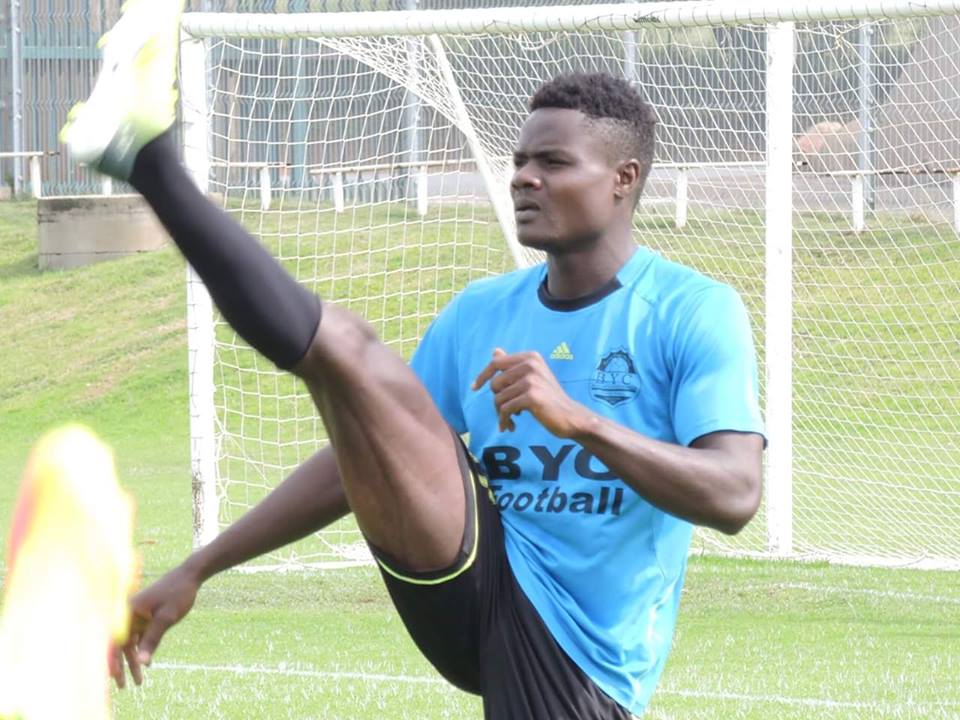 MONROVIA, Montserrado â€“ In light of the Barrack Young Controllersâ€™ string of disappointments, team captain Van-Dave Harmon has apologized to fans for his teamâ€™s dull performances.

Since emerging as champions during last yearâ€™s football season, the Go Blue Boys have struggled to maintain form and consistency, even though they recruited new faces who were supposed to help the team in their quest to retain the league title and to help BYC pose a challenge in the CAF Champions League.

But those additions did not help. While BYC began both the season and the CAF Champions League qualifying campaign on a fine note, they failed to perform up to the task in the ending stages of the competition.

Their CAF Champions League group stage came to an end following a penalty shootout defeat to Mozambican side Clube Ferravario de Biera. Their exit from the competition in the second-round qualifiers handed them the opportunity to play in the group stage of the CAF Confederation Cup after being drawn against South African heavyweights, Super Sports United.

Again, they failed to reach the competition group stage after a 6-1 aggregate loss to the South African ABSA Premiership side.

Since their exit from the CAF competitions, they have yet to rediscover their form on the local scene with more disappointments that have seen them being knocked out the 2016-17 Liberia Football Association Knockout Cup competition by first division league leaders, FC Fassell.

Despite having the lead against a 10-man Fassell, BYC could only force a 2-2 draw and the winner had to be decided from the penalty spot, where BYC was knocked out.

The string of poor performances has even led fans to call for the immediate resignation of head coach Cooper Sannah. In light of this, Harmon, the captain, took to Facebook to ask fans to keep supporting the team.

â€œI stand as a captain to apologize for our recent poor performances,â€ he wrote. While arguing that all teams experience ups and downs, he did take responsibility for the â€œdissatisfaction, and embarrassment we have caused you all.â€

â€œPlease remain a loyal fan and we have dared to bounce back and fight till the end,â€ the captain pleaded with his supporters.