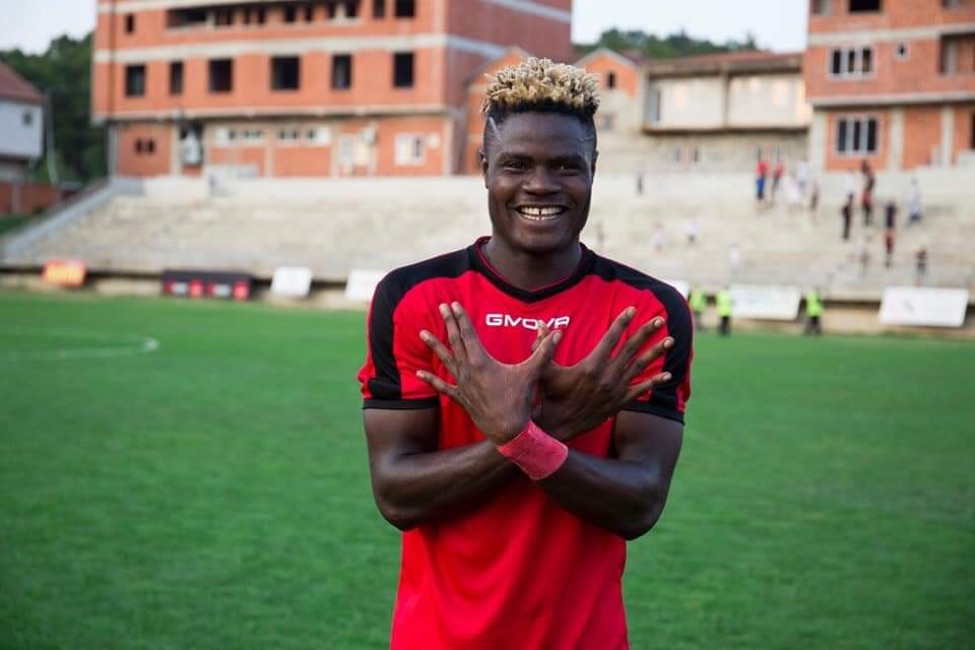 Liberiaâ€™s former U20 striker Van-Dave Harmon has debuted with FK Drenica in the top Kosovo football league with a goal that helped his club grab their first win of the season.

Harmon registered his name on the score sheet once to help Drenica get a 3-0 win over KF Llapi in its second game of the 2019-2020 Kosovo Super League.

Drenica lost their opening game 4-0 to the league giants, FK Feronikelli, but came back strong to collect their first three points with Harmon making his debut and scoring the first goal in the match. The former Barrack Young Controller striker opened the scoring in the 52nd minute with a close-range shot before Osman Meziu added the second ten minutes later. The match was laid to rest on the 73rd minute through Qemajl Elshani.