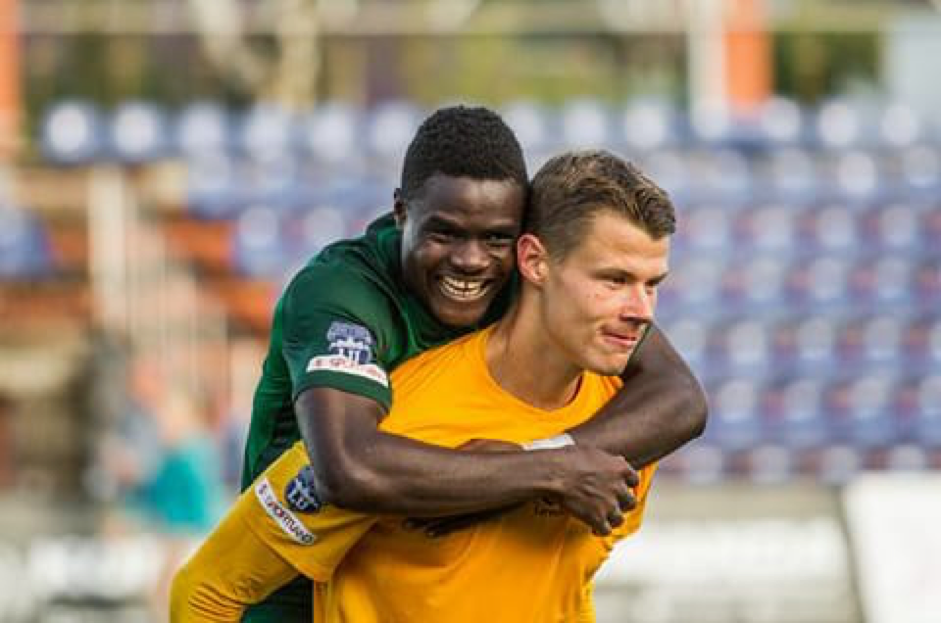 Harmon scored his first goal in a league outside of Liberia over the weekend to help FS Metta grab a 1-0 win over FK Leipaja. The goal came in the 40th minute to give FS Metta their first victory in the 2018 season.

Since the start of the 2018 Latvian league season, FS Metta failed to get a win in the league with their only victories coming in the Latvian Cup competition where they have advanced to the semifinals. Prior to their win over Leipaja, the club managed just four draws in their previous 17 league games. Theyâ€™ve suffered 13 defeats, two less than the most defeated club, Valmiera.

Harmonâ€™s first goal for FS Metta came in his fourth appearance for the club. He made his debut in a 4-3 defeat to Spartaks Jumala in the league before appearing in the Latvian Cup where FS Metta defeated Daugavpils on penalties after a 3-3 draw in full time. Harmonâ€™s third game ended with a 2-0 defeat at home against Riga in the league.

FS Metta is seated seventh on an eight-team table with seven points from 18 games. They are two points above the worst ranked team.

Harmon, along with fellow Liberian Sunnyboy Dolo, completed a move to FS Metta in July. Since their transfer to the club, Dolo has been unable to make a league appearance. His only appearance for the club was in the Latvian Cup against Daugavpils. He came on as a substitute in the 72nd minute and scored a crucial goal in the extra 30 minutes of play to level the score before going to the penalty sport where Metta advanced to the semifinals.