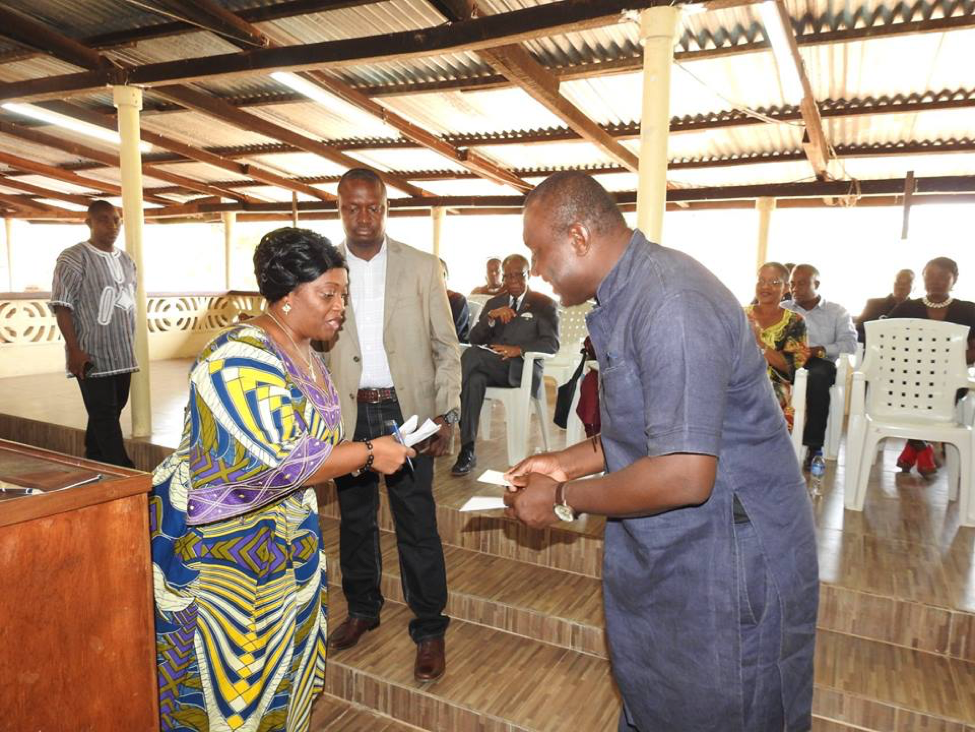 The donation of the fuel is worth about US$28,000. Howard-Taylor made the donation on Friday at the universityâ€™s main campus in Suakoko when she went to grace the institutionâ€™s 129th anniversary and homecoming program. She is an alumna of the university, having received her Masterâ€™s in Business Administration there.Â

The vice president said the donation was â€œa short runâ€ intervention to address the lack of sufficient electricity on the universityâ€™s campus.

Cuttington currently offers three hours of electricity daily, compared to the sixteen hours a day it supplied up to November 2017.

The universityâ€™s president, Herman Browne, told reporters on Thursday that the university does not have funds at the moment to purchase fuel to supply electricity for many hours on the campus.

He said scholarships donors, especially government ministries and agencies, owe the university US$750,000. Additionally, he said the government has not yet fully provided this yearâ€™s budgetary subsidy to Cuttington. The 2017/2018 national budget contains US$580,000 allotted for the university.

â€œThe reason is that our subsidy has not been forthcoming from the government. The reason why we donâ€™t have more hours of electricity is that we simply cannot afford it,â€ Browne said.

Howard-Taylorâ€™s fuel donation is a joint effort, she said. Her office, MNG Gold (a Turkish gold mining company operating in Bong), and another company contributed to the donation.

She acknowledged that the Ministry of Finance and Development Planning had informed her that Cuttington has received â€œless than a hundred thousand dollarsâ€ for this fiscal year.

She called on Browne to write to President George Weah to draw attention to the situation at the university to ensure that the subsidy is provided.

Upon taking delivery of the fuel and cash, Browne praised Howard-Taylor for the donation.

â€œWe want to thank you today also because you have brought us out of a very deep pit. We know that it will not end here, we know that you always have Cuttington at heart,â€ Browne said.

Featured photo by Philip Singbah/Office of the Vice President