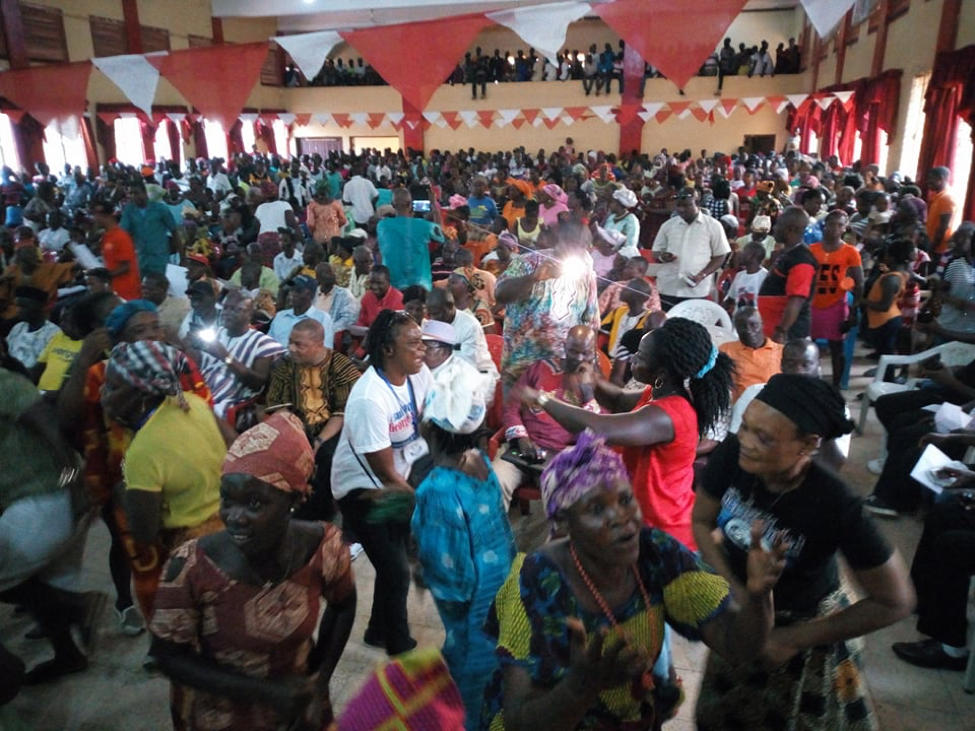 GBARNG, Bong â€“ Liberiaâ€™s vice president-elect, Jewel Howard-Taylor, has lauded the people of Bong for electing her and President-elect George Weah in the runoff presidential election.

Howard-Taylor has embarked on a tour in Bong, organizing town hall meetings in the various districts to show her appreciation to citizens for voting for the Coalition for Democratic Change party.

At one of the town hall meetings in Gbarnga, Howard-Taylor said, â€œTo the people of Bong County, I want to say a very big thank you because you didnâ€™t listen to those who said we were not the best people to lead the country.â€

She emphasized the need for leaders of the county to forget the bitter political past and work together for the overall development of the county. Howard-Taylor said as a sign of her desire for reconciliation, she has pardoned all those who may have wronged her knowingly or unknowingly, especially during the just-ended elections.

â€œAs I stand on this stage today, if I hurt anyone over the last 12 years, let me say I am sorry. It was only for the good of Bong County and since there is much work to be done and we need all hands on deck,â€ Howard-Taylor said.

Mappy joined Howard-Taylor and extended appreciation to the citizens for their support that resulted in Taylor being elected as the first vice president the county has ever produced.

â€œIn my mind, I think I believe that Bong County is on the path of unity. I am from the opposition camp, whether you like it or not, but we have a political leader now,â€ Mappy noted.

She congratulated Howard-Taylor on her election and encouraged all citizens of the county to put aside their differences and forge ahead with the development agenda of the county.

The town hall meeting was attended by a variety of citizens, including market women, youth, local county officials, as well as traditional leaders.

Meanwhile, the vice standard bearer of the Alternative National Congress, Jeremiah Sulunteh, has congratulated Weah and Howard-Taylor on their win. Sulunteh, who had earlier declared support for CDC in the runoff election citing the Ganta Declaration and solidarity with the daughter of Bong, also thanked citizens for overwhelmingly voting for Weah.

According to the National Elections Commission, Weah and Howard-Taylor won 64.2 percent of the countyâ€™s votes compared to Joseph Boakaiâ€™s 35.8 percent.