MONROVIA, Montserrado â€“ A network of local and international NGOs staged a major candlelight vigil on Monday, Nov. 25 in Monrovia in memory of victims of sexual and gender-based violence, or SGBV.

Under the banner of Ending Violence against Women and Girls, the group is seeking to collaborate and build synergies for greater impact against the scourge of SGBV in Liberia. The group includes organizations such as Kvinna Till Kvinna Foundation, Medica Liberia, ActionAid, Plan Liberia, OXFAM, and International Rescue Committee.

Elizabeth Johnson, Plan Liberiaâ€™s gender advisor who spoke during the event at the Fish Market in Sinkor, said that despite numerous campaigns and stakeholder engagements intended to spur positive action, the number of reported cases of SGBV continues to rise.

According to statistics from the gender ministry, some 2,025 SGBV cases were reported between January and September 2019 alone. Seventy-five percent of these cases involved rape perpetrated mainly against minors as young as three years old. Numerous deaths of children and young teenagers have also been reported because of SGBV. 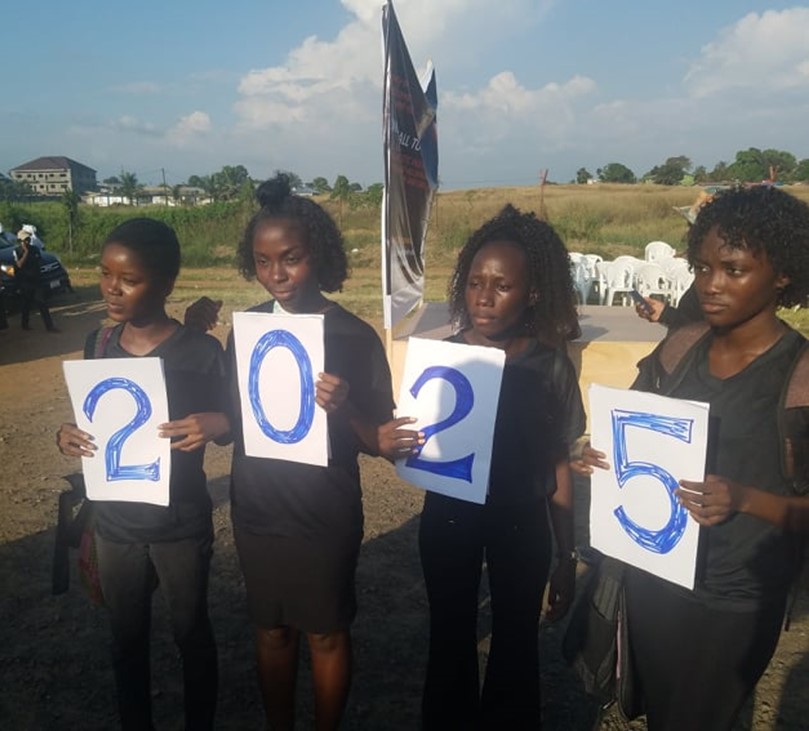 For many who attended, the purpose of Mondayâ€™s candlelight vigil was more than a mere remembrance. It was also a show of solidarity with the survivors and families of SGBV, as well as a clarion call to the government to act more forcefully to end the menace.

â€œWe cannot sit and all of these things continue to happen. So, this is why we are saying we want to use this day â€“ we want to come together to be able to call the attention of the government,â€ Johnson said.

â€œWhat is the accountability mechanism that has been put in place?â€

Johnson noted that although Liberia recently enacted a domestic violence law, in addition to its harsh rape law, more in the way of concrete actions is required from the government. She insisted the government must deliver justice for victims by prosecuting perpetrators. Cynthia Sherman, the mother of the late Odell Sherman, who at age 21 was reportedly gang-raped in the home of one Emmanuel Giddings, also expressed her frustration over a slow justice system that has brought no relief to her losing a daughter.

Following Odell Shermanâ€™s death, controversy swirled around the conduct of her autopsy that many hoped would produce needed evidence in her case. The controversy resulted in her remains being kept for months at the St. Mosesâ€™ Funeral Parlor without a final fitting burial.

Until now, the Sherman family still seeks justice, but to no avail.

Cynthia Sherman believes justice has been denied to her because of the powerful men involved in her daughterâ€™s murder.

â€œThere was no way we could get justice,â€ she said while fighting to resist tears.

â€œAll my tireless efforts fell on useless ground because of the government that we find ourselves in. I have been left very much frustrated. My heart is broken to the letter.â€

ActionAidâ€™s country director Lakshmi Moore also spoke at the event and expressed the urgency to end the prevalence of SGBV.

â€œThe responsibility for justice rests upon the Liberian government as the duty bearer, to ensure that every person receives justice,â€ she said.

â€œThe justice system must work for all Liberian citizens,â€ Moore noted, a statement that prompted enthusiastic applause from the audience.

â€œThis is why we are here today in recognition of those who we have lost to this senseless and unnecessary crime against women and girls in this country. We are also here as a call to action to the government of Liberia to recognize that rape is not a donorâ€™s program. Domestic violence is not a community program.â€

The event was followed with candle lighting, throwing out of air balloons, and songs and prayers in memory of SGBV victims. There was no shortage of vociferous calls for firmer government action, as Liberia kicks off 16 Days of Activism for the Elimination of All Forms of Violence Against Women and Girls.

The 16 Days of Activism campaign is an annual international campaign which started on Nov. 25, the International Day for the Elimination of Violence Against Women, and ends on Dec. 10, Human Rights Day. It was initiated by activists at the inaugural Womenâ€™s Global Leadership Institute in 1991.

The offices of U.N. Women in Liberia, together with the Gender Ministry, disclosed that a series of events are planned over the next 10 days to raise awareness about SGBV against women and girls, as well as to mobilize communities to find solutions to address the problem.

More than 300 people also gathered on Monday in Buchanan, Grand Bassa to mark the launch of the campaign. Participants paraded the streets and staged traditional performances, as representatives of the United Nations, traditional leaders, international partners, and the Liberian government spoke of the need for stronger and more concerted actions.