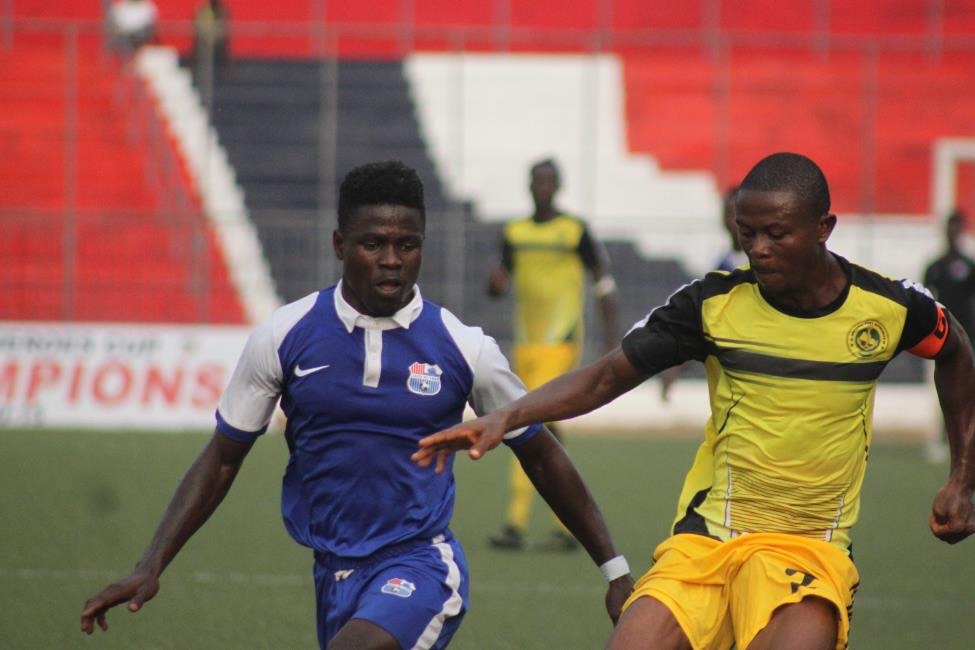 The 2019 Liberia Football Association regular season is off to a start, with all 12 teams in the first division actively playing on opening day.

Under the leadership of former FC Fassell head coach, Matthew Julutweh, Watanga began the 2019 season with a 3-1 win over the newly promoted side, Small Town Football Club.  Elijah Clarke scored the first goal of the new season just six minutes into the match. Clarke’s opener was followed by Farsedu Logan’s brace in the 19th and 30th minutes to help Watanga end the first half with a three-goal lead.

Small Town returned stronger from the break and prevented Watanga from scoring again as they wasted several chances that would have given them at least a point on the opening day. They managed to score just a single goal in the second half through Praise Tweh.

First division defending champions Barrack Young Controllers got their title defense off to a flying start by coming from behind to beat Keitrace Football Club 4-2 at the Blue Field in the PHP Community.

Keitrace took a surprising lead through Nicholas Blapoh in the 26th minute but Barrack Young Controllers got things under control nine minutes later through Trokon Myers. One minute to the end of the first half, Abdulai Bility put the Go Blue Boys ahead and forced Keitrace to go to the break down 2-1.

Samir Kamara, whose 88th minute goal rescued BYC in the 2019 LFA Super Cup, got his name on the scoresheet for the second consecutive time with a goal in the 62nd minute to double BYC’s lead. The champions kept their two-goal lead until the 83rd minute when Abdulai Bility added his second of the day to make life difficult for Keitrace FC. However, Keitrace ensured they reduce the goal deficit by scoring lately through, Christopher Jarboe.

The second game at the Antoinette Tubman Stadium produced the first shocking result of the league with giants LISCR FC bowing to NPA Anchors FC. Despite being boosted with eight new signings which included the return of Christopher Jackson from the Belarusian Premier League, the Shipping Boys were unable to score a goal as they suffered a 1-0 defeat to the Port Boys. After a goalless draw in the first half, NPA got the only goal of the match in the 84th minute through Obediah Freeman, who is a former player of LISCR FC’s feeder team, Gardnersville Football Club, in the Liberian second division.

At the NorthStar Stadium in Mount Barclay, Nimba United got their 2019 campaign off to a flying start with a 2-1 win over Monrovia Club Breweries. Playing at home, the Mountaineers got the curtain raiser in the 27th minute through Ben Beniah but saw their lead canceled two minutes later through their defender, Michael Fahnbulleh, who reached the ball at the back of his own net.

However, Nimba United came back before the end of the first half when Prince Zawoh scored in the 39th minute. The 2-1 lead lasted until the end of the first half with Club Breweries unable to level the score again. Both teams failed to score again in the second half as Breweries fell on the opening day of the league while Nimba United grabbed their first three points.

Newly promoted side Nimba FC began life in the first division on a positive note with a draw against Jubilee FC in Ganta, Nimba County. Nimba FC was held by the Church Boys despite playing at home on the opening day of the league.

Just four minutes into the match, Sampson Dweh got the match to a beautiful start for the Oilers with a stunning strike. Emmanuel Francis doubled LPRC Oilers’ lead in the 26th minute before former LISCR FC midfielder Fred Brooks scored the third in the 58th minute. Fred Momo got the lone goal for FC Fassell in the 62nd minute.