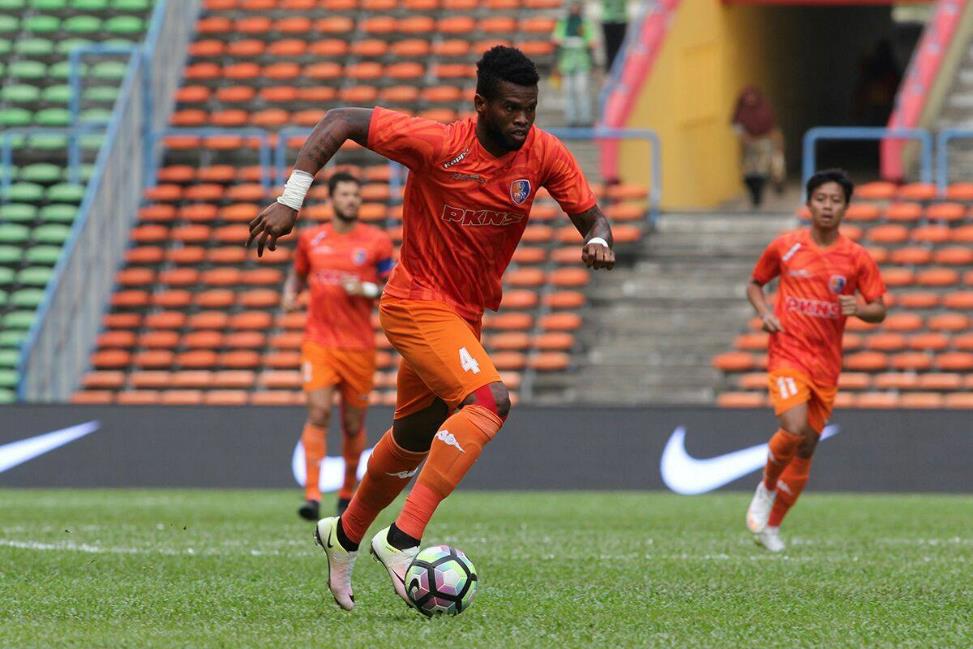 Success in the 2017 Malaysian Super League has continued for Liberian striker Patrick Ronaldinho Wleh, whose club, PKNS FC, recorded its second win of the season.

The Selangor State club kicked off the league season on a very poor note as they lost their first two matches. They began with a narrow 1-0 loss away at Zah Krangarâ€™s FELDA United before falling 3-1 to Kelantan on home soil.

However, PKNS composed themselves for their third match against rival Selangor FA. A hat-trick from Wleh helped PKNS grab their first three points after the 5-3 victory.

They ensured a move up the table over the weekend after an impressive 3-0 win over Perak FA at home. A double from Lucas Sabastain Espindola and a goal from Mohd Safee were enough to hand the Red Ants three more points.

The win brings them to fifth on the table with six points while Wleh boasts three goals in four matches. Their hunt for more points will continue on Saturday, Feb. 18 when they face T-Team.

Krangarâ€™s FELDA United may have finished second last season and qualified for the Asian Football Confederation Cup, but their early performance in the new league season has left fans doubting their abilities to compete in Asiaâ€™s second biggest club competition.

FELDA had a good start to the seasonÂ but has failed to show their top form in recent games. Having won their first match 1-0 over PKNS FC, FELDA has received just one point from their last three matches. They suffered a 3-1 loss away at league champions Johor before settling to a 1-1 draw with Kedah at home. Krangarâ€™s lone goal wasnâ€™t enough to help FELDA secure a point as their poor form continued over the weekend with a 2-1 lost to Kelantan. They are ranked tenth on a 12-team table with just four points in four games.

Meanwhile, Francis Forkey Doe failed to land his name on the scoresheet as Selangor managed to get a point away at league giant Johor. In four games, Selangor has managed a win, two draws, and one loss. The point earned from their match against Johor brought them to the eighth spot on the league table with five points from four games.

Selangor will be hoping to get their second league victory of the season when they host FELDA United on Friday, Feb 17.