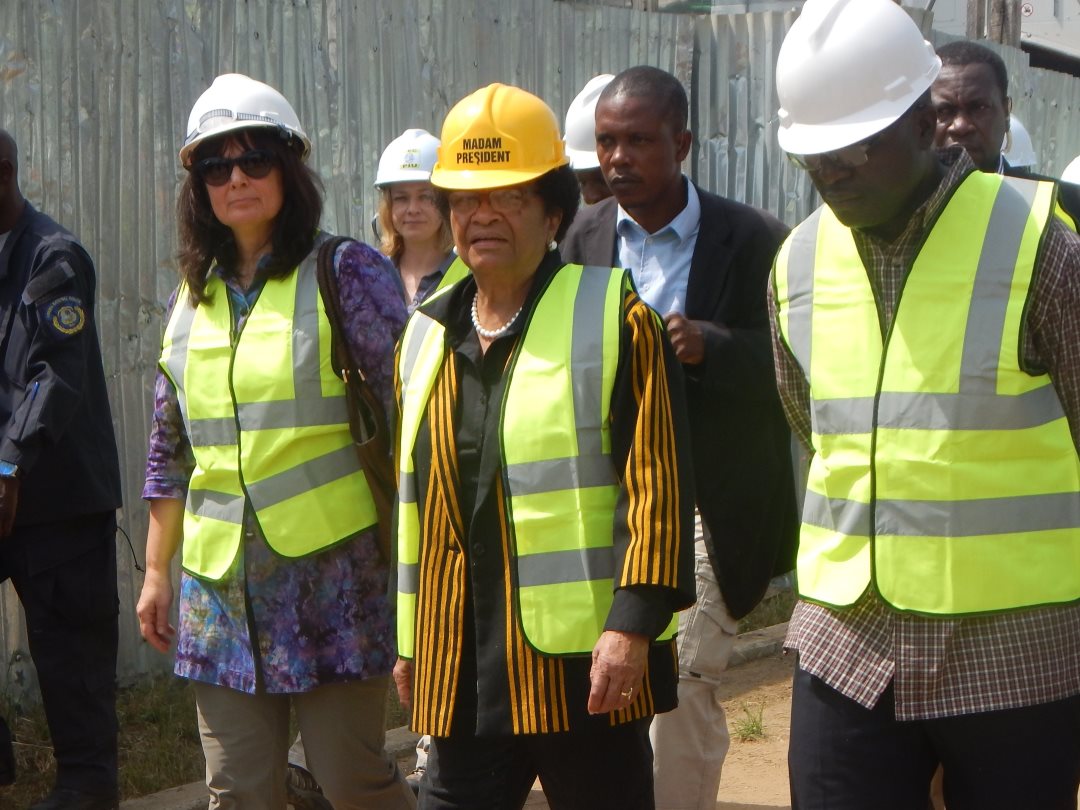 The World Bank-funded plant is expected to go live in February while the one financed by the Liberian government is expected to be up in March. No time has been set for the Japanese-financed plant yet.

After touring the Bushrod Island facility, the president also visited the White Plains Water Treatment Plant in addition to the Mt. Cofee Hydro Power Plant to inspect the progress of construction at both facilities. At the Mt. Coffee Hydropower Rehabilitation Project, staff showed the president a camp site that had been built to house approximately 150 staff of LEC’s Project Implementation Unit and the various contractors and engineers working on the project.

A release provided by LEC indicated that the camp is capable of housing 315 people. The camp’s canteen can also feed 200 people in one sitting and provides workers with three meals per day.

At the powerhouse, Voith Hydro, the generating equipment contractor, has installed the powerhouse crane. The crane was tested on December 5, 2015, with three 35-ton water balloons. Old turbine parts are currently being dismantled, and the new turbines are expected to be installed in January 2016. Dawnus International, the main civil works contractor for the project, has set up a batching plant, which mixes various materials with cement to form concrete. A downstream view of scaffolding on one of the main dam’s gates. Photo: Liberia Electricity Corporation.

This article has been edited to reflect the correct electricity output for the first turbine at 20MW instead of 30MW. Featured photo by Zeze Ballah.