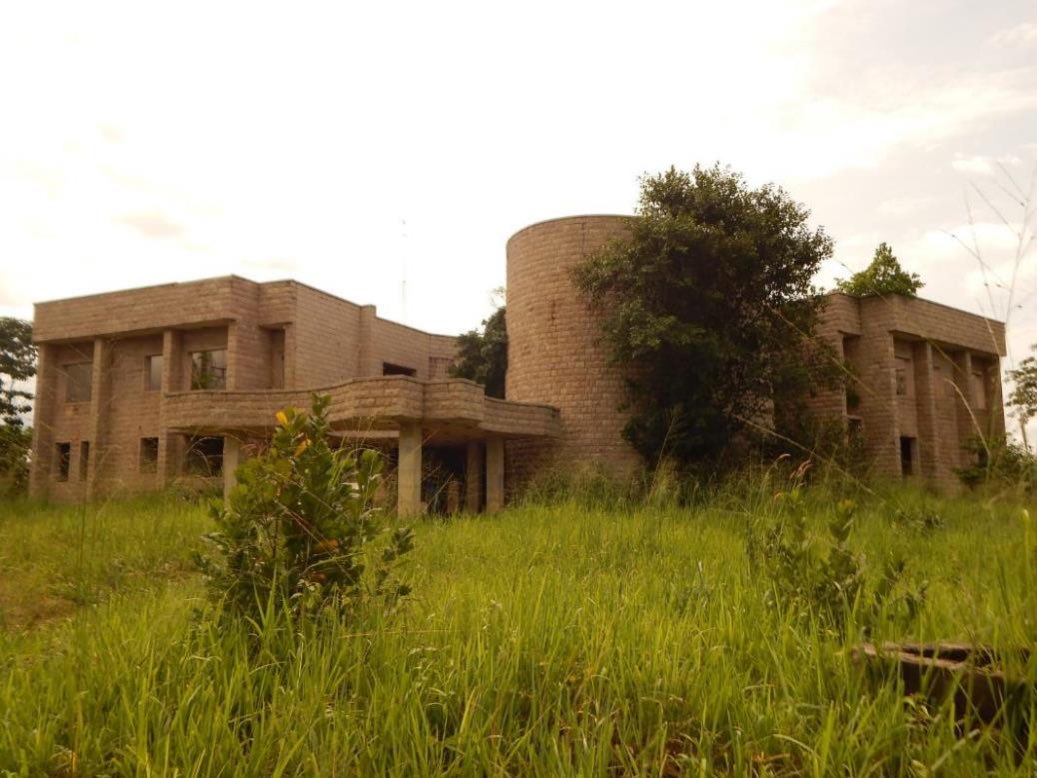 ZWEDRU, Grand Gedeh â€“ Prior to his execution in September 1990, former President Samuel K. Doe had completed several constructions in Grand Gedeh, including a private mansion in Zwedru where he intended to spend his retirement after the presidency.

The building sits on a large plot of land and is surrounded by a swimming pool, palava huts, and a security lodge. It has a ground and a top floor compartments and an underground unit.

Farley Dweh, the County Inspector of Grand Gedeh told The Bush Chicken that cost of the building was estimated at US$4-5 million. However, since the end of the civil war, the property has been abandoned and is surrounded by overgrown grass. The property is now home to open defecators. Occasionally, local Grand Gedeh filmmakers also use the facility to record movies, similarly to how Ducor Palace Hotel is used.

Dweh said occasionally, a group of citizens under the banner of Friends of Doe would organize to give the property a facelift.

Sam Doe, a close relative to the former president, said the construction of the building began in 1986 and was fully completed in 1989. He noted that he had the opportunity to spend two nights in the building when the former Liberian leader made his last visit to the county in 1989.

Doe said the architectural drawings for the facility was supplied by a firm in an unspecified Arab country, while furnishings were bought from Italy. A view of the ground floor of Doe’s mansion in Zwedru. Photo: Gbatemah Senah

The former president would visit his hometown each year for a cultural festival with his kinsmen, Sam Doe said, and he would arrive on an airstrip that lies on the outskirts of Tuzon.

During the latter part of his leadership, the former president initiated a practice to celebrate his birth anniversary in a specific country, each year. According to Doe, the last two of such celebrations was held in Margibi and Maryland in 1987 and 1988, respectively.

He said the former president had planned to host his 1990 birthday celebration in Tuzon and constructed two presidential lodges that would host other visiting presidents and high dignitaries. The buildings are located about ten minutesâ€™ walk away from Tuzon. The House that hosted Doe’s Presidential Office Lodge and Office in Tuzon; photo by Gbatemah Senah

The president was unable to continue the celebration in 1989 and 1990 because of the civil war and the buildings were not utilized afterwards, Sam Doe said.

He said members of the Doe family residing in the U.S. have had discussions about renovating the former presidentâ€™s properties. He added that President George Weah had assured the family that he would help develop the properties when he took office. One of the two presidential lodges constructed in Tuzon; photo by Gbatemah Senah