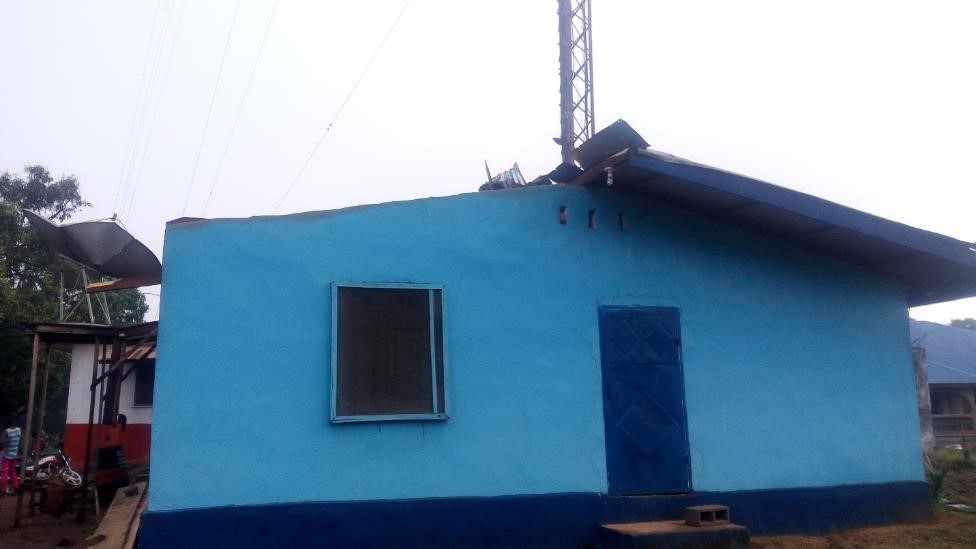 The manager of the station, William Quire, told The Bush Chicken that the stationâ€™s mixer board, seven computers (including desktops and laptops), as well as major documents, were damaged as a result of the heavy downpour.

He said some station staffers were in the building preparing content for the Breakfast Show when the incident occurred.

Quire said one wing of the building was completely removed and washed several steps away from the building.

â€œThank God that none of our staffers sustained injuries because a lot of them were in the place,â€ he said. â€œImagine such heavy storms that even prevented us from taking most of our equipment and documents.â€

Asked about the total cost of the damages, Quire put the figure at around US$40,000.

â€œTo renovate the building and replenish the damaged studio equipment will take us such an amount. Now, the entire building is flooded with water from the rains, and we need serious work to be done on the structure,â€ Quire added.

Quire is not certain as to when the station will return to the airwaves. However, he disclosed that it all depends on how swift the renovation and the procurement of replacement equipment can be carried out.

â€œThis incident took us by surprise, especially when our country is conducting voter registration. The radio is the main medium we are using to get to our people with messages of civic education on the electoral processes and other issues. To see it down in such critical time in our country is troubling,â€ Quire said.

He appealed to NGOs, community members, and the authorities of Bong, as well as the national government, to help the station return to its airwaves.

Radio Gbarnga was established as a community radio station in 2004 by Mercy Corps and it has among other awards, received the Press Union of Liberiaâ€™s Community Radio Station of the Year Award.

An audience map developed by Farm Radio International, based in Canada, revealed that the station broadcasts to over 600,000 listeners, mainly in rural and semi-urban communities in central and western Liberia.

The storm also damaged several other homes and institutions in Gbarnga. Several residents were seen to be rendered homeless and on Monday, appealed for assistance to rebuild their damaged structures.

Tamay Kotogboe, a widow living in the city, said she had used all of her income from the sale of red palm oil and charcoal to rebuild her now-damaged Kokoyah Road residence after it was burnt down by soldiers during Liberiaâ€™s civil war in 1994. â€œYou see me and my children, all our things are outside. We slept under the rains last night,â€ she said. â€œNowhere we have to go and nothing I have to use to put up a new roof on this building.â€

She appealed to humanitarian organizations to help rebuild her home.

The foundationâ€™s executive director, Stephen J. Mulbah Jr., made a plea via Facebook for â€œgoodwill personalitiesâ€ to assist the organization in replacing its entire back roof, the ten pieces of desktop computers that were damaged, and two printers.

Similarly, Daniel B. Dunbar, an instructor of the William V. S.Â Tubman Gray High School, posted photos of the schoolâ€™s library damaged in the storm on his Facebook page. There are also reports of destructions of homes in other parts of the county.

Liberiaâ€™s Ministry of Internal Affairs, through its Disaster Management Committee, is the official arm of government responsible for responding to disasters across the county.

But as of yet, the ministry has not made any official comments concerning an intervention to help the stormâ€™s victims. However, Gbarngaâ€™s Mayor Viola Cooper told a local radio station in Gbarnga on Monday that her office was in communication with the Ministry of Internal Affairs.

[Disclosure: The author is the director of radio at Radio Gbarnga and was present on the night of the storm.]