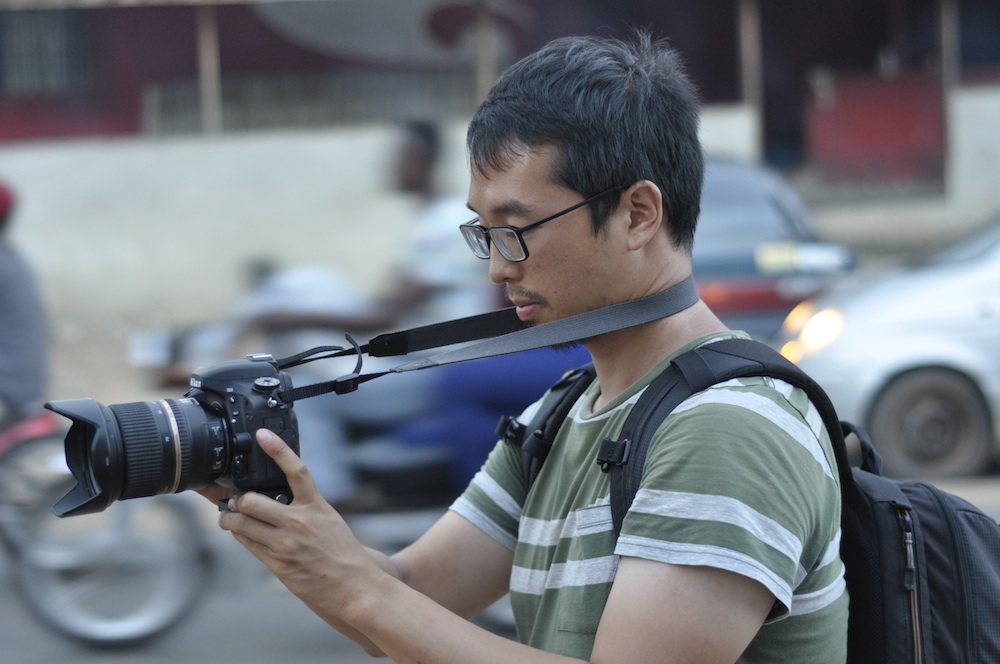 It was a late Friday afternoon at the University of Liberiaâ€™s auditorium that Hipco artist Amaze launched his â€œKnow Who to Vote Forâ€ music video. Near the stage in the middle of the aisle was a tall contraption. A conglomeration of cameras were mounted on a large stand which peered simultaneously at the crowd and the performers on stage.

Aaron Nah, the owner of this peculiar device, described it: â€œItâ€™s all part of [a group of] technology thatâ€™s emerging recently called virtual reality and the stuff Iâ€™m doing â€“ 360 videos â€“ is something that uses all the technological basis of virtual reality. You can experience a scene as if you were there. You donâ€™t just get a scene thatâ€™s in front of you, but you have a choice to look around from a single point of view. You can look up, down â€“ so yea, it provides a very immersive media experience, I would say.â€

The finished video, which is posted on Nahâ€™s employerâ€™s Facebook page, allows the viewer to see every angle of the auditorium. The experience is more immersive when viewed on a smartphone, as the viewer can move the phone around and view various parts of the room.

Nah said there are many different technologies available for crafting virtual reality videos, including a device sold by Google that contains 16 different cameras that useÂ cloud computing to stitch the footages from the various cameras.

The process he uses is more low-tech. â€œWhat I use is something which involves a more manual process,â€ he said. â€œI have multiple cameras â€“ six, seven cameras â€“ facing in all different directions and I record it. After recording, I get into a special software which allows me to stitch all of the footages together intoÂ one single giant footage.â€

This was one of the first times a virtual reality video was recorded in Liberia, but there has been a prior attempt. The earliest documented effort appears to be the documentary â€œWaves of Grace,â€ which was filmed during the Ebola outbreak and follows the story of an Ebola survivor. While anyone can watch these videos on a smartphone or on a computer, the best way to be immersed in the experience is to use devices such as Oculus Rift or Google Cardboard. These devices cover the viewerâ€™s eyes and provideÂ a more engaging experience, separating viewers from the reality.

â€œIt kinda tricks your brain into thinking as if youâ€™re in someplace else, like not in your reality,â€ Nah said.

He said virtual reality has a lot of potential for use in Liberia, especially in sports and entertainment â€“ especially music festivals. Perhaps the next iteration of Liberiaâ€™s most notable festival, the Hipco Festival, might be able to use virtual reality to place viewers in the midst of its 20,000 attendees.

Editorâ€™s note: Nahâ€™s employer, the Accountability Lab, is a funder and partner of The Bush Chicken.