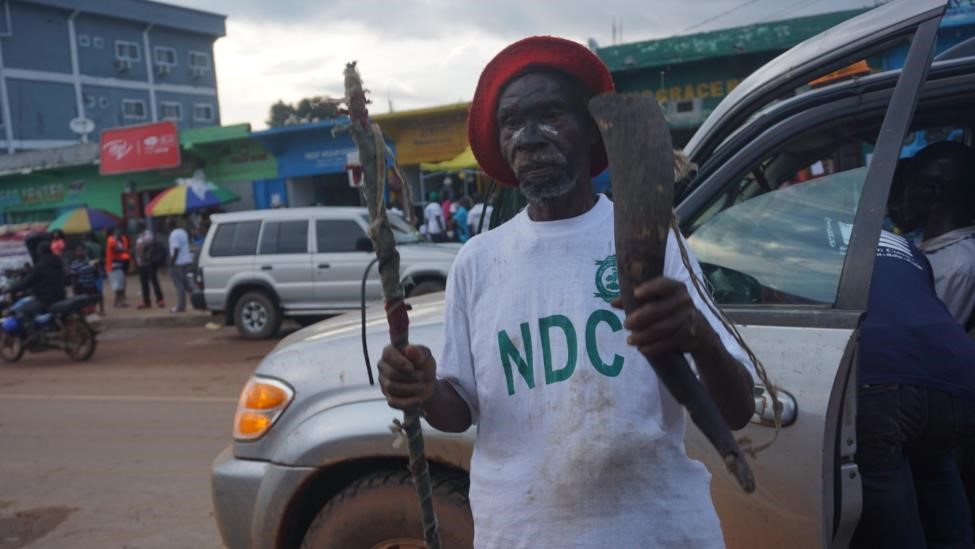 GOMPA, Nimba â€“ Liberiaâ€™s second largest city was the center of politics this past weekend as Unity Party and the All Liberian Party competed for attention with opposing events.

Nimba looks to be a fierce battleground for presidential candidates in the upcoming October 2017 elections and the competition was on full display in Ganta.

On one side of town was the ALP convention featuring Benoni Urey, while on the other side was the Unity Party rally held for Vice President Joseph Nyumah Boakai.

In a bid to secure their chances of winning the elections, political parties view Nimba as a must-win county and Liberty Party, Unity Party, the Alternative National Congress, and the All Liberian Party have all visited the area.

The weekend visit by ALP and UP to Nimba was characterized by constant sirens and traffic jams, coupled with the incessant honking of horns by commercial motorcyclists and drivers.

The few Liberia National Police traffic officers present were clearly overwhelmed and struggled to control the movement of vehicles, motorcycles, and the crowd.

Businesses in Ganta benefitted immensely from the gatherings and all hotels in the city were fully booked. Due to the lack of accommodation, partisans of both parties were spotted sleeping in vehicles parked in the streets.

Though the two parties were holding programs simultaneously in Ganta, there were not any major occurrences of unrest, although one person died from a vehicle accident when a driver ran into a few people.

In a bid to win votes from the county, Liberty Partyâ€™s Charles Walker Brumskine had earlier named Harrison Karnwea, the former Forestry Development Authority managing director and a prominent citizen of Nimba, as his vice standard bearer.

During this past weekend, it was widely speculated that the ruling Unity Party would have also named another prominent son of Nimba as a running mate. However, that would not happen as Boakai would leave the county without an announcement. He finally made the announcement of House Speaker Emmanuel Nuquay on Monday evening.

On July 4, Boakai first embarked on a five-day tour of Nimba and visited several areas to include Sanniquellie, Yekepa, Karnplay, Bahn, and Saclepea.

He dedicated a bridge in Sanniquellie-Mahn District and a commissionerâ€™s compound in Karnplay, all built with public funds. While Boakai was concluding his visit and dedication of projects in several towns, Benoni Urey, the standard bearer of the All Liberian Party, also arrived in Ganta on Friday evening July 7 at approximately 7:00 p.m., with a noticeably long convoy.

Ureyâ€™s arrival in Ganta was in line with the partyâ€™s convention, scheduled for Saturday, July 8 at the Ganta United Methodist gymnasium.

At the close of the ALP convention, Urey named Alexander Duopu, another Nimbaian, as his vice standard bearer. While both political parties celebrate throughout the weekend, on the streets, ordinary citizens were more concerned about the economic implications of the election. Patience Gaye, a petty trader who sells items like soaps and toothbrushes, told The Bush Chicken that whoever wins the presidency needs to tackle the difficult economic constraints faced by many Liberians.

â€œThe issue of the skyrocketing in the prices of local commodities on the local market should also be addressed by the winner in the presidential race,â€ Gaye said. Patience Gaye, a petty trader in Ganta, wants the issue of the skyrocketing commodity prices to be addressed by Liberiaâ€™s next president. Photo: Zeze Ballah

â€œThings seem very difficult and Iâ€™m only engaged in this petty business to sustain myself and two children.â€

The high exchange rate between the Liberian and United States dollars is also another issue Gaye wants the winner in the 2017 presidency race tackle, adding that â€œthere are many poor Liberians who do not have money to educate their children.â€

13 mins ago by Jerry Myers