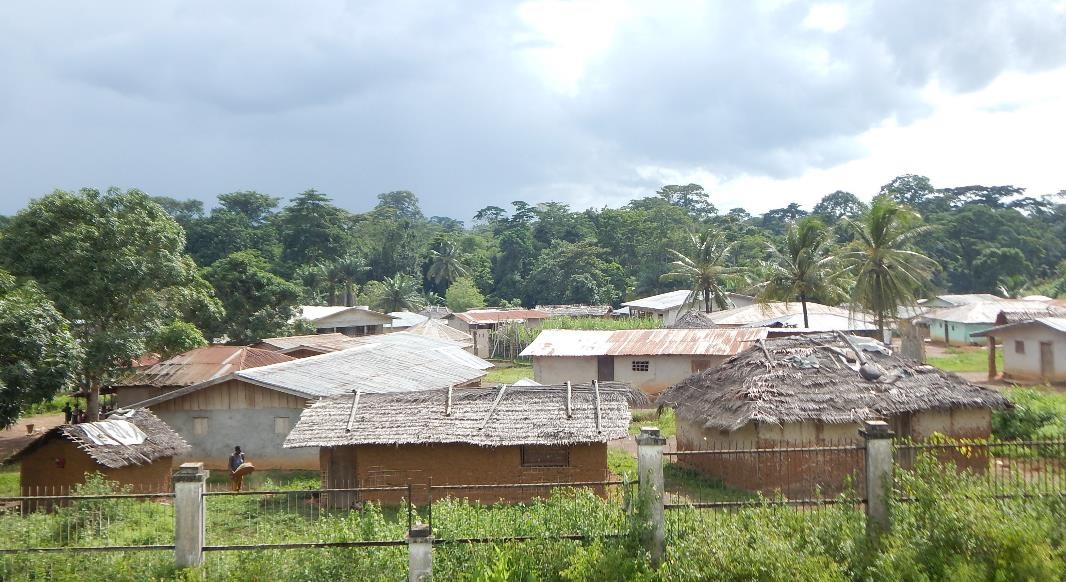 TUZON, Grand Gedeh – Amid growing pressure for the government to establish a war crimes court to prosecute atrocities committed during the country’s 14-year civil war, citizens of Tuzon, the hometown of slain President Samuel Kanyan Doe in Grand Gedeh, have condemned the calls.

A resident of Tuzon, Deko Diahn said establishing a court to try war criminals would further create animosity among Liberians and undermine the reconciliation that has been achieved.

“Let’s just forge ahead with the development of this country instead of bringing war crimes court to investigate war criminals,” Diahn said.

He said citizens of Nimba and Grand Gedeh, for example, are now living happily together and having intermarriages, despite knowing that Doe was killed by a Nimbian.

Diahn said one of the surest ways to achieve sustained reconciliation is through a fair distribution of development across all parts of the country. He said reconciliation cannot be sustained when some regions are flourishing, while people in other areas feel ostracized because they are far behind.

He referenced the bad road network in the southeast of the country as a key example of counties being underprioritized.

“From Ganta to Grand Gedeh, if you see the road, you regret; but if you are between Ganta and Monrovia, you feel like a Liberian,” he said.

According to him, the pavement of the Ganta-Harper highway was a plan of President Doe before his execution but said the plan has since been abandoned by his successors.

Recently, a group of citizens representing several organizations, including the Global Justice and Research Project, Coalition for Justice, National Student Movement, Flomo Theatre, Fubbi Foundation for Development and Sustainability, Citizens Action, and Liberia Trust Communications presented a petition to the legislature calling for the establishment of a war and economic crimes court in the country.

William Gbladeh, an elder of Tuzon, told The Bush Chicken in an interview that establishing a war crimes court would renew their wounds and remind them of their bitter experiences of the civil war. “We already forgot about it, and then they want to bring back to say this one is black or this one is red? We don’t want it,” Gbladeh said.

In 2009, the Truth and Reconciliation Commission, created as part of the Comprehensive Peace Agreement that restored peace to Liberia, released its final report of testimonies from victims and perpetrators of atrocities committed during the war, which claimed over 250,000 lives.

The commission made over 200 recommendations, including prosecution of individuals it found responsible for various kinds of gross human rights violations and war crimes.

A 2011 publication that surveyed Liberians’ reactions to the Truth and Reconciliation Commission saw 62 percent of respondents say they wanted the report’s recommendations implemented. Doe, who commanded the Special Security Service during his late cousin’s regime, said establishing a war crimes court would bring back bitter memories which might lead to another civil unrest.

Like many others, he seemed to think that development was the way to move forward with reconciliation, which he felt was not done during the former administration. Doe said Tuzon had not been connected to the West Africa Power Pool project, which draws electricity from neighboring Ivory Coast, even though the power lines pass over the home of the former president, which he says attracts tourists each year.

Doe criticized former President Ellen Johnson Sirleaf for not doing enough to reconcile the country. He accused Sirleaf of refusing to carry out major developments in Grand Gedeh because of her hatred for citizens of the county.

He also said Sirleaf refused to go ahead with the pavement of the road between Ganta in Nimba and Harper in Maryland, even though a plan to pave the stretch of the road was announced by the former president prior to his assassination.

“Sirleaf came in as president and jumped over this piece of road from Ganta to Zwedru; she took it from Fish Town to Harper,” he said.

Tuzon was destroyed during the civil war, allegedly by forces loyal to Charles Taylor, who headed the National Patriotic Front of Liberia, which led the first civil war in December 1989 with a rebellion against Doe’s government.

Doe became Liberia’s first military leader in 1980 after staging a bloody coup that killed President William R. Tolbert. He then won as president in 1985 during an election he conducted that was marked by fraud.