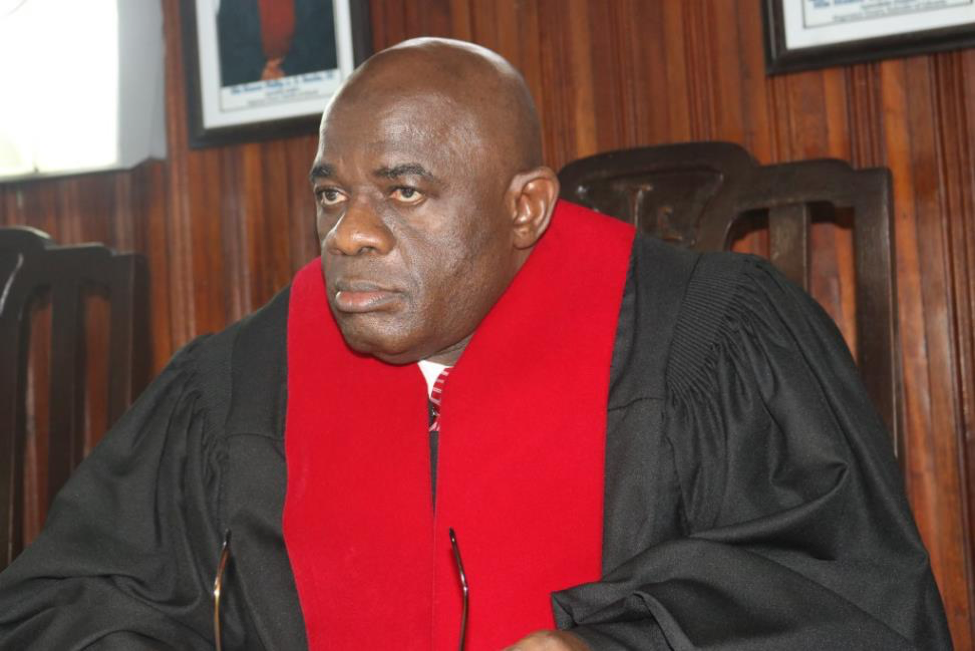 MONROVIA, Montserrado â€“ On Tuesday, October 30, the Executive Mansion announced that President George Weah appointed J. Boima Kontoe, a resident judge of the Ninth Circuit Court in Bong, as ad-hoc justice to sit for the hearing and determination of a writ of prohibition in the matter brought on behalf of Associate Justice Kabineh Ja’neh of the Supreme Court.

Jaâ€™neh, through his legal representative, had filed for a writ of prohibition against his impeachment proceedings by the 54th National Legislature. In August, 49 members of the House of Representatives voted to impeach Associate Justice Kabineh Jaâ€™neh from the Supreme Court. The bill was introduced by two members of the Coalition for Democratic Change, Montserradoâ€™s fifth and eighth district representatives, Thomas Fallah and Acarous Gray.

Gray and Fallah wrote in their petition that Jaâ€™neh abused his power to prevent a now deceased businessman, Austin Clarke, from collecting a US$1 million judgment in a case of defamation against Ecobank. They cited another case where they say Jaâ€™neh used his influence as a Supreme Court justice â€œto become both a player and a referee in a land dispute in which no lawyer dared take on him because he is an Associate Justice of the Supreme Court of Liberia and enjoys the luxurious trappings associated with such office and is hiding behind his office and status to sport with the rights of innocent Liberians.â€

The impeachment proceeding was transferred to the Liberian Senate for trial, over which the chief justice will preside.

Weahâ€™s appointment of an ad hoc justice is controversial because the constitution only calls for a senior circuit judge to sit as an ad hoc justice of the Supreme Court in the absence of a quorum for the court to be able to hear a case. The Judiciary Law specifies that such ad hoc appointment should be done when more than two justices of the Supreme Court cannot sit on a pending case.

With Jaâ€™nehâ€™s prohibition case, all other justices except him can sit on the case, thus indicating that the court still has a quorum.

A local court judge who spoke on conditions of anonymity said the Supreme Court and the president were presuming that the four justices would split their votes in the case, creating a tie that would need to be broken.

When contacted, the director of public information at the Ministry of Justice, Darryl Nmah, confirmed that the chief justice had notified the president of the need to appoint an ad hoc justice.

â€œEven though a quorum of four was reached, it is obvious that the court could not reach a decision on the matter due to a deadlock, hence the need for such request to the president,â€ Nmah responded to The Bush Chicken in an email.

The presidentâ€™s office did not respond to an inquiry requesting justification of the appointment.