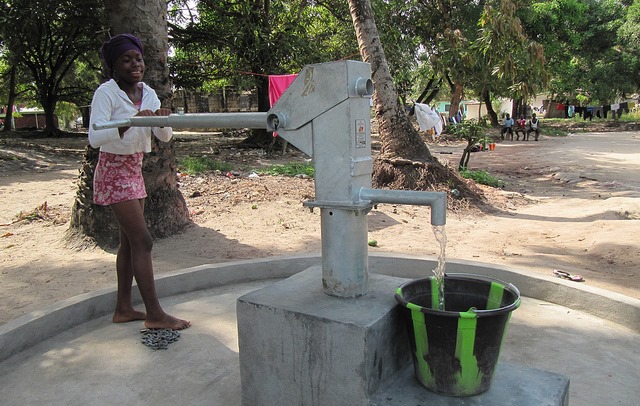 The World Health Organization estimates that over a quarter of the Liberian population lacks access to clean water supply. Even fewer have access to piped water in their homes. Instead of pursuing a policy of high-quality service, many NGOs and government agencies are fine with providing hand pumps and wells for Liberians, even those in urban areas. Liberians should aim for higher standards. Why should we be satisfied with a lower quality of service?

March 22 was World Water Day, a day set aside to celebrate clean water and to draw attention to the unfortunate people who do not have it. The lack of clean water supply results in the spread of diseases such as cholera and parasites that cause illnesses. These can have long reaching effects in terms of decreasing quality of life.

The Liberian government recognizes the importance of clean water and its potential impacts. Its 2012 Water, Sanitation, and Hygiene Sector Strategic Plan acknowledges this when it states, â€œWithout achievement of improved water supply, sanitation, and hygiene, it will be much more difficult to eradicate global hunger, promote gender equality and empower women, reduce mortality and maternal health and to have achieved a significant improvement in the lives of slum dwellers.â€

The strategy calls for the Liberia Water and Sewer Corporation to build hand pumps and hand-dug wells in towns and settlements with populations ranging from 5,000 to 41,000 people. In some cases, this would be an interim strategy before LWSC introduced a piped water system and in others, it would be a permanent solution. In settlements and villages with less than 5,000 people, another government agency, the Rural Water Supply and Sanitation Bureau, would also be responsible for building hand pumps and wells.

In the private sector, non-profit organizations like FACE Africa have been successfully raising money and tackling a host of projects in rural Liberia. According to their website, the organization has provided over 12,000 individuals with clean water in 25 communities. Their water projects are almost exclusively hand pumps.

In the past, Kimmie Weeksâ€™s Youth Action International partnered with Waves4Water to distribute more than 600 water filters to people in rural Liberia. These filters allow the user to purify dirty water in a bottle.

There are countless other organizations that are working to bring clean water to Liberians. While there is an enormous focus on wells and hand pumps, there is almost no attention paid to systems that bring piped water into homes.

This is not only in rural areas but also in the Monrovia metropolitan area. On Dec. 23, 2014, Finance and Development Planning Minister Amara Konneh dedicated seven hand pumps to the Nippay Town community of Sinkor at aÂ cost of US$28,000. The WASH Sector Strategic Plan admits that in Monrovia, fewer than 10 percent of houses have in-house piped water, and the piped water system covers only 30% of the city.

When aid or assistance is being provided to Africans, providers always seem to go with the lowest level of solutions.

In the United States, there are many communities where people live in extreme poverty that would shock some people in Liberia. In fact, 13 percent of Native American households have no access to safe drinking water. Even these extremely poor Americans would be insulted if they were given hand pumps as a solution to their disparity.

Most people in the west would balk at such options because they know that there are several, more advanced and less cumbersome options. They know that tasks like filtering water and using a hand pump to extract water from a well take away time that could be used on more productive tasks. They also negatively impact women and children in society as they are traditionally the ones in charge of collecting water. That could be time away from schools for children or from economically productive activities for women.

With all these negative side effects of providing hand pumps and wells as opposed to piped water systems, why should Liberians in rural and urban areas be fine with this low level of service?

Part of the problem is that we Liberians are not demanding better options. If ministers like Konneh see nothing wrong with providing hand pumps to communities so close to the heart of Monrovia, we cannot expect foreign aid organizations to provide us with anything better.

My challenge to Liberian-led organizations like FACE Africa and Youth Action International is that we start prescribing solutions that consider Liberians on the same level as those across the world. People need to stop thinking of Africa as a graveyard for success or technology. We have a responsibility as Liberians to disrupt this conception of Africans to donors. If we keep asking for wells, they will only give us wells.

One of the common misconceptions about piped water systems is that it is more costly than wells equipped with hand pumps. This is not true. There are inevitably some very remote communities where piped water systems may not be as feasible. However, in general, piped systems are suitable for rural settings.

Christelle Pezon, an economist at the IRC, a water and sanitation think-tank, wrote a piece that examined an in-depth comparative study in Burkina Faso. She said the study showed that piped water systems are more cost-effective than hand pumps in rural communities with at least 1,800 inhabitants. According to the World Bank, approximately half of Liberians live in urban areas. Many more live in towns and communities that are greater than 2,000 in population. There should not be people in Monrovia or any of these towns using a hand pump or well.

When the lack of electricity is a concern, there is even open-source technology available to allow communities to benefit from gravity-powered piped water systems. In a country like Liberia where electricity is often unavailable, this would be an excellent alternative.

This technology has been implemented in the Honduras in 10 communities, ranging in population from 2,000 to 9,000. A system in each town could cost approximately US$150,000, but the costs can be significantly reduced to US$75,000 each when there are more systems in the country, allowing new operations to benefit from existing technicians.

The value of piped water systems over hand pumps is undeniable. When we also factor the cost-effectiveness, there is no reason we should prescribe lower service technology for our people. If we do not start to see ourselves as deserving of those same solutions, how can we expect the same from others?