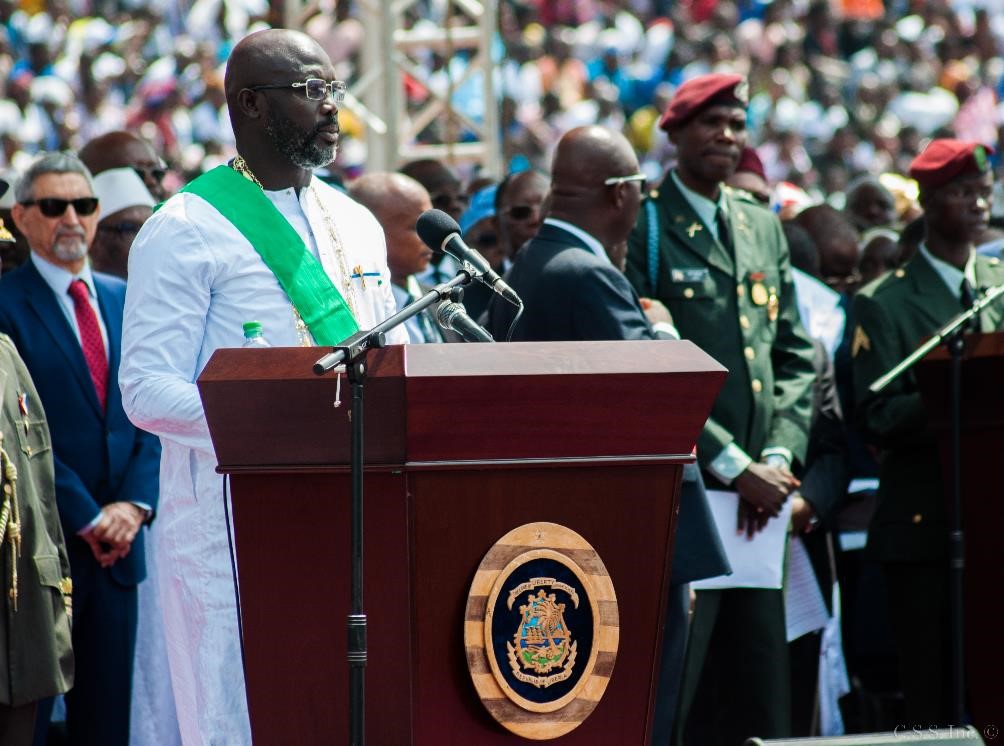 MONROVIA, Montserrado â€“ President George Weah is currently in the Ethiopian capital, Addis Ababa, to participate in the 30th Ordinary Session of the Assembly of Heads of State and Government of the African Union.

Weah left the country on Saturday along with officials of government, including the newly confirmed Finance Minister Samuel Tweah. Weahâ€™s appearance at the meeting will be his first official participation at a regional meeting of heads of state and government as president of Liberia.

An Executive Mansion release disclosed that the president would be out of the country until Sunday, January 28. The release also said the minister of state for presidential affairs, Nathaniel McGill, who chairs the cabinet, would be coordinating the affairs of the government in consultation with Vice President Jewel Howard-Taylor via telephone conversation with the president while heâ€™s away.

According to a dispatch from Addis Ababa, the meeting will officially open on Sunday, January 28 and close on Monday.

The AUâ€™s outgoing chairperson and president of Guinea, Alpha Conde, will deliver the keynote address. The head of AU Commission, Mussa Faki Mahamat; UN Secretary General Antonio Manuel de Oliveira Guterres; the president of the State of Palestine and chairman of the Executive Committee of the Palestine Liberation Organization; and the Secretary General of the League of Arab States, Ahmed Aboul-Gheit are also expected to present special statements.

Major activities of the opening session would also include the election of the new Bureau of the AU Assembly and the new chair of the union for 2019.

â€œParticipants will listen to the acceptance statement of the incoming chairperson of the African Union. They will witness the African Union Kwame Nkrumah Continental Scientific Awards 2017 to the winners and laureates of the year,â€ the dispatch revealed.

The gathering is also expected to see the launch of the Single African Air Transport Market, a flagship project of the African Union Agenda 2063. The initiative intends to create a single unified air transport market in Africa and liberalizes civil aviation in Africa to foster economic integration on the continent.

The summit is being organized by the AU Commission under the theme, â€œWinning the Fight against Corruption: A Sustainable Path to Africaâ€™s Transformation.â€