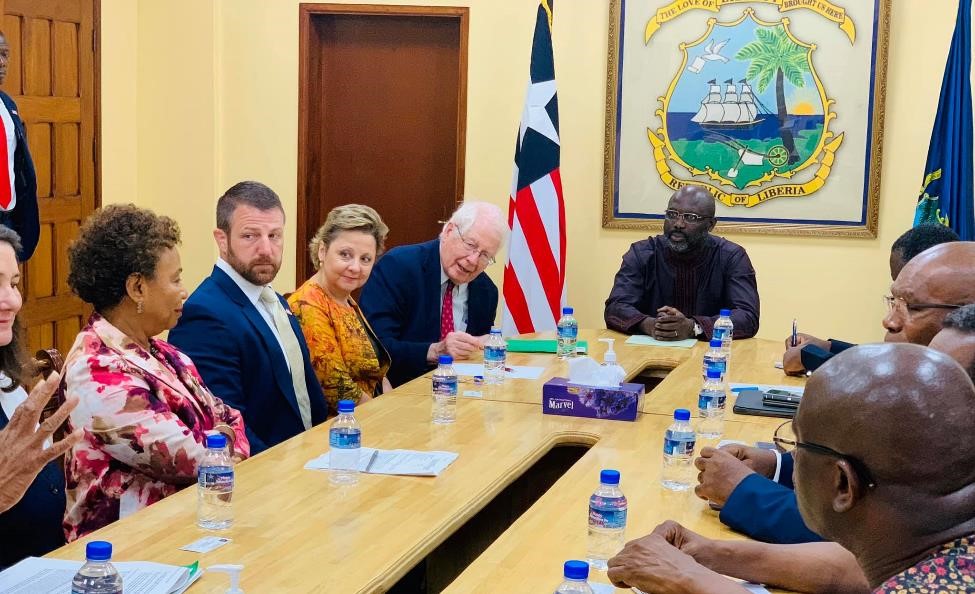 MONROVIA, Montserrado â€“ President George Weah has praised the United States of America for its continuous support to Liberiaâ€™s peace and democracy, as he welcomed a visiting American congressional delegation.

According to the Executive Mansion, Weah made the comments on Wednesday at his Foreign Affairs office on Capitol Hill, where he underscored Americaâ€™s continued efforts in strengthening the countryâ€™s democracy and maintaining its peace.

He said Liberia holds the U.S. in high esteem as a traditional friend and one of the countryâ€™s biggest development partner.

â€œWe, Liberians, cherish our historic ties with the United States and are proud of your support,â€ the release quoted the president as saying.

He assured the delegation of his governmentâ€™s full commitment to promoting and sustaining democratic tenets and maintaining peace and security.

The U.S. Congressional delegation arrived on Tuesday for a two-day official visit to Liberia.

According to the U.S. Embassy in Monrovia, the congressional delegation is traveling with the House Democracy Partnership, headed by its chairman, Rep. David Price of North Carolinaâ€™s fourth district.

The House Democratic Partnership is a 20-member commission of the U.S. House of Representatives that works directly with partner countries around the world to support the development of effective, independent, and responsive legislative institutions.

The Executive Mansion said Rep. Price thanked the president for the warm welcome accorded them, and said the team was happy to be in Liberia. He said the congressional delegation has been coming to Liberia since 2007 as part of efforts to hold talks with government officials on governance issues.

Price and his team also held discussions with the leadership of the National Legislature on legislative accountability and transparency, as well as their involvement with Liberia during the Ebola plague that left the country completely economically off-guard.

Members of the delegation also participated in a community media forum at the YMCA on Wednesday in Monrovia.