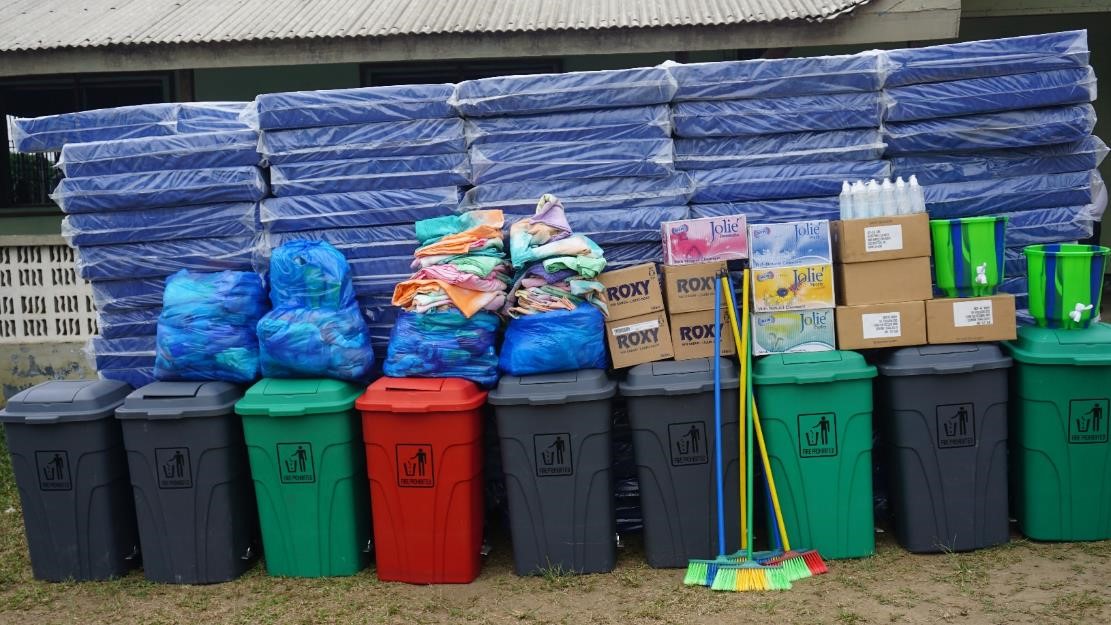 The donation, made through WHOâ€™s representative to Liberia, Dr. Alex Gasasira, was presented at a program marking World Health Day.

Appropriately, this yearâ€™s World Health Day celebration focused on the theme of depression. The hospital, which was built to cater to 80 metal health patients, now cares for 75 due to significant challenges it faces, including the lack of sufficient mattresses. Making the presentation to the hospitalâ€™s administrator, Gasasira noted that the organization made the donation because WHO staff members were alarmed about the appalling conditions during a recent tour of the facility.

He delivered a message on behalf of Dr. Matshidiso Moeti, WHOâ€™s regional director for Africa, where he noted that about 322 million people around the world are affected by depression.

â€œDepression is the leading cause of disability worldwide and a major contributor to the overall global burden of disease,â€ Gasasira said.

By talking about depression, Gasasira said it is easier to break down the stigmas associated with it and other mental illnesses.

â€œThere is an urgent need toâ€¦ treat those affected by this serious and complex mental health condition,â€ the WHO representative said.

He drew attention to the scarcity of resources to identify, prevent and treat mental health problems such as depression, saying, â€œThe lack of availability of psychotropic medicines, proper information, coupled with well-structured psychotherapy and other effective measures for primary healthcare services to treat depression, is a cause of concern.â€ Liberiaâ€™s chief medical officer, Dr. Francis Kateh, who represented Health Minister Bernice Dahn at the program, said he was excited about WHOâ€™s decision to prioritize depression during this yearâ€™s celebration.

Kateh said the civil war and the Ebola crisis have caused a peak in depression in Liberia. Though he did not provide any figures, he noted that many Liberians at a particular stage in their life have gone through some level of depression.

â€œWe need to be our brotherâ€™s keeper at all times,â€ he said, adding that Liberians should not wait for depression to happen to them before it grabs their attention. Mamuyan M. Cooper, the head of the E. S. Grant facility, thanked WHO for the donation and promised to use the materials for the intended purpose.

In 1999, the facility was opened and referred to as a mental health hospital. It was later turned over to the Liberian government to run in 2001.