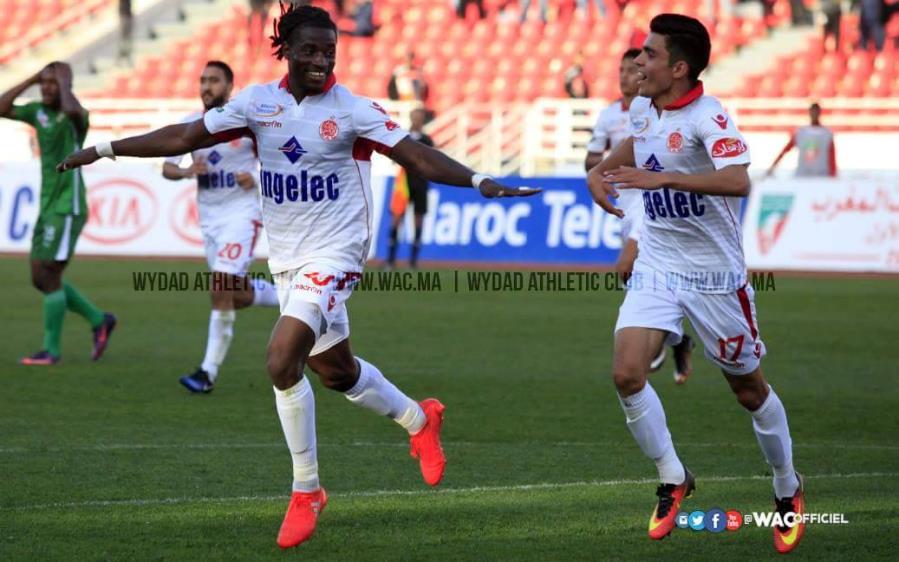 William Jeborâ€™s departure from Spain for Morocco seems to have been the right decision for the powerful Liberian striker, as he produced another magic moment that got his fans wild on Monday, April 3.

The Liberian goal machine, who plays for Wydad Casablanca in Moroccoâ€™s top league, hosted FAR Rabat in an electrifying game. The 25-year-old striker scored an amazing acrobatic overhead kick in the 86th minute to rescue Wydad, which was down by a goal.

Before the match against FAR Rabat, Wydad, with 43 points, had a narrow one-point lead at the top of the table over the second place team, Raja Casablanca, which is seated with 42. Playing at home against sixth place Rabat, Wydad was in search of a much-needed win to extend their lead on top of the table by four points.

However, it was a different story after the sound of the final whistle, with Wydad, the match favorite, forcing the visitors to a 1-1 draw.

It was the visitors that set the stadium ablaze in the first half when they took a shocking lead in the 19th minute. Rabat took the early lead through El Yousif and prevented the dominant Wydad from scoring until four minutes to go in the full 90 minutes. Unlike Rabat, with five shots and four on target, Wydad was by far the better side, with 17 shots on goal with nine of them on target. However, they did not get to the back of the net until Jebor restored Wydad’s hope of getting at least a point with his amazing strike.

Moroccan midfielder Walid El Karti made his way through Rabat’s defense and crossed the ball from the left side, straight into the six-yard box where Jebor wasted no time in meeting the ball in the air to strike it with his right foot. Rabat’s goalkeeper Yassine el Houasli had no chance of stopping the ball from reaching the net and the score became leveled again.

Wydad may have dropped two points at home, but William Jebor’s acrobatic strike in the final minutes of the match became the sole talking point among football pundits after the match, as fans left the Mohammed V Stadium with a last-minute joy.

His excellent form this season has made him one of the favorites to win Most Valuable Player award at the end of the season, as he currently sits on top of the goal-scoring table with 15 league goals in 20 games, while his Wydad remains on top of the league table with 44 points from 21 matches.