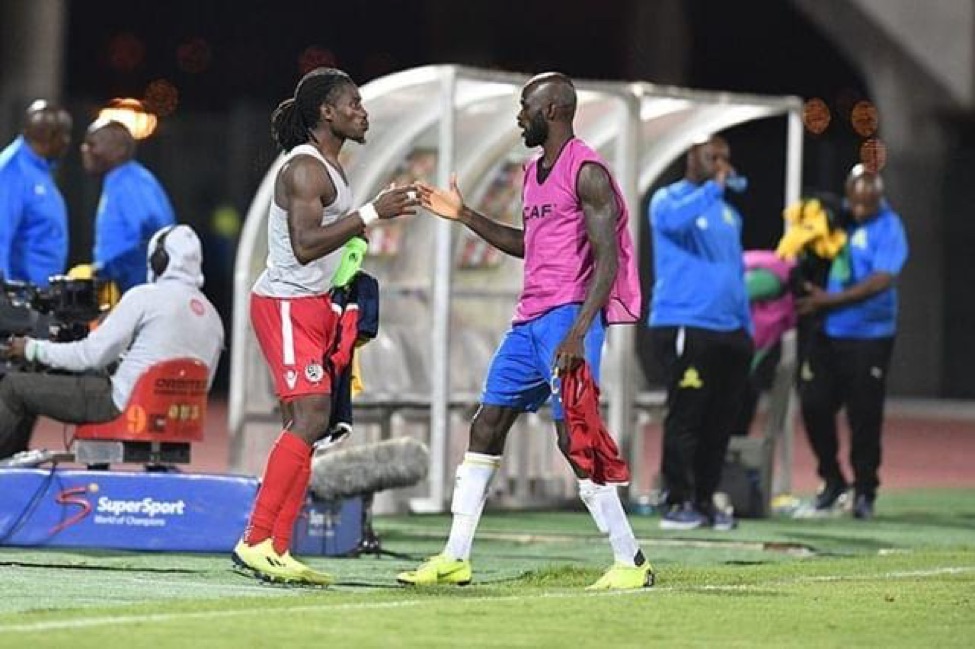 Round two of the 2018-19 CAF Champions League group games were played over the weekend with South African club, Mamelodi Sundowns, bouncing from their shocking defeat on the opening day to Lobi Stars of Nigeria to beat Moroccan giants Wydad Casablanca.

Anthony Laffor led the attack for Mamelodi Sundowns while goal machine William Jebor was at the forefront of Wydadâ€™s attack.

The match ended with none of the Liberian internationals getting their names on the scoresheet Laffor was certainly pleased to see his team grab an emphatic 2-1 win at home. A double from South African international Themba Zwane was enough to hand the Sundowns the three points and deny Wydad, who got their goal through Moroccan defender Mohamed Nahiri.

Zwane scored his first in the eighth minute and Wydad got the score leveled in the 35th minute. The two teams ended the first half with a goal apiece before Zwane got his second of the match in the 64th minute to seal the win for the Sundowns. Laffor played 82 minutes of the match while his compatriot Jebor played 71 minutes.

The win for the Sundowns helped them bounce back from their 2-1 defeat to the Lobi Stars in Group B while Wydad suffered their first defeat after their 5-2 over Ivorian club, ASEC Mimosas. Meanwhile, the Ivorians picked up their first three points in their group with a 1-0 win over Lobi Stars. All teams have won a game each from the two rounds of games, with each in the group with three points.

However, Wydad sits on top of the with goal differences and are being followed by Lobi Stars that have scored twice and conceded twice. Lafforâ€™s Sundowns are third after scoring three goals and conceding three, while ASEC Mimosas sit bottom after conceding the highest amount of goals.